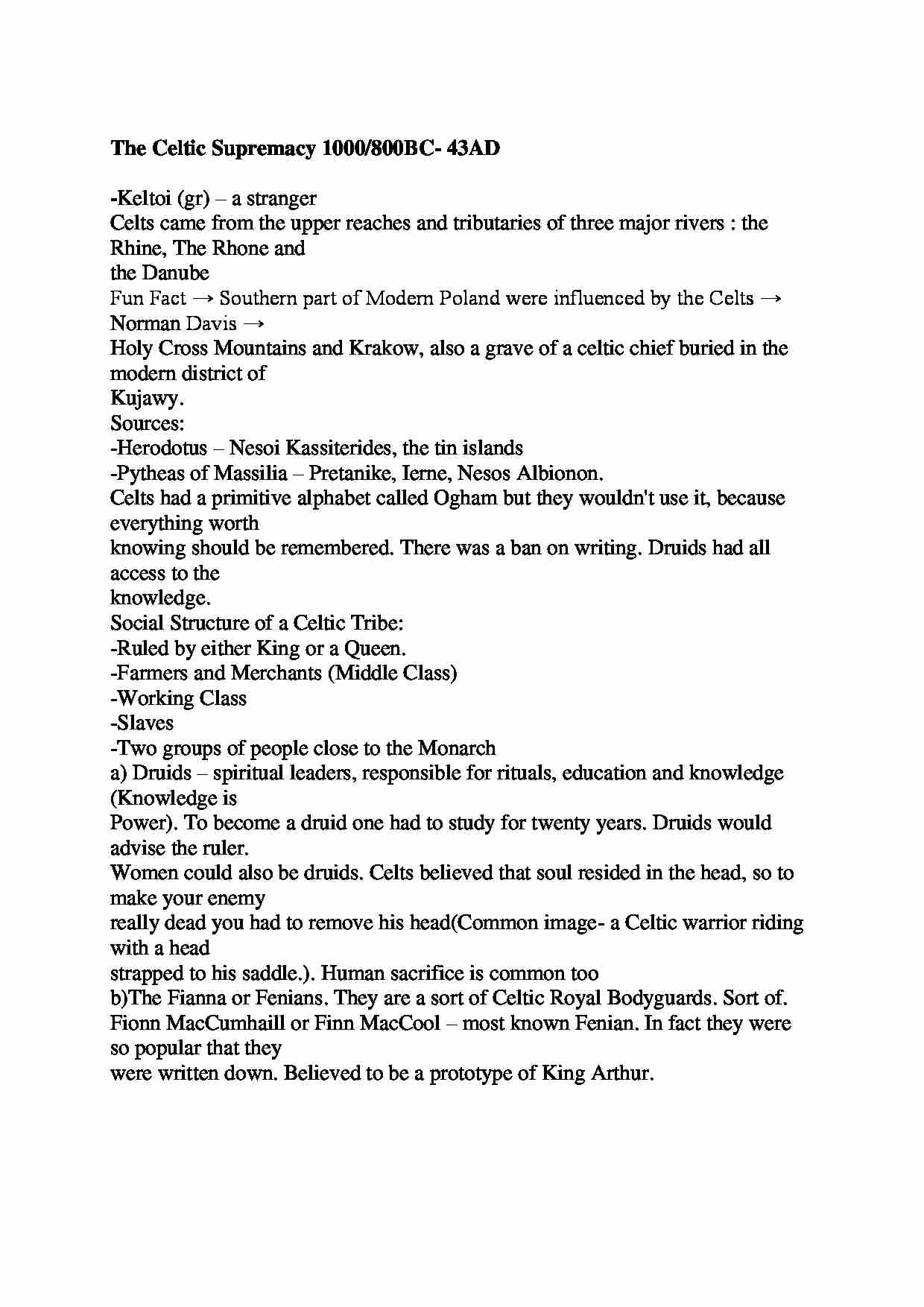 The Celtic Supremacy 1000/800BC- 43AD - Keltoi (gr) - a stranger
Celts came from the upper reaches and tributaries of three major rivers : the Rhine, The Rhone and
the Danube
Fun Fact → Southern part of Modern Poland were influenced by the Celts → Norman Davis →
Holy Cross Mountains and Krakow, also a grave of a celtic chief buried in the modern district of
Kujawy.
Sources:
-Herodotus - Nesoi Kassiterides, the tin islands
-Pytheas of Massilia - Pretanike, Ierne, Nesos Albionon.
Celts had a primitive alphabet called Ogham but they wouldn't use it, because everything worth
knowing should be remembered. There was a ban on writing. Druids had all access to the
knowledge.
Social Structure of a Celtic Tribe:
-Ruled by either King or a Queen.
-Farmers and Merchants (Middle Class)
-Working Class
-Slaves
-Two groups of people close to the Monarch
a) Druids - spiritual leaders, responsible for rituals, education and knowledge (Knowledge is
Power). To become a druid one had to study for twenty years. Druids would advise the ruler.
Women could also be druids. Celts believed that soul resided in the head, so to make your enemy
really dead you had to remove his head(Common image- a Celtic warrior riding with a head
strapped to his saddle.). Human sacrifice is common too
b)The Fianna or Fenians. They are a sort of Celtic Royal Bodyguards. Sort of.
Fionn MacCumhaill or Finn MacCool - most known Fenian. In fact they were so popular that they
were written down. Believed to be a prototype of King Arthur.
... zobacz całą notatkę 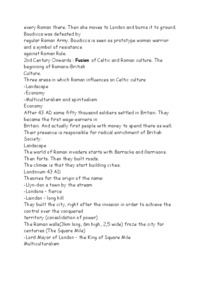