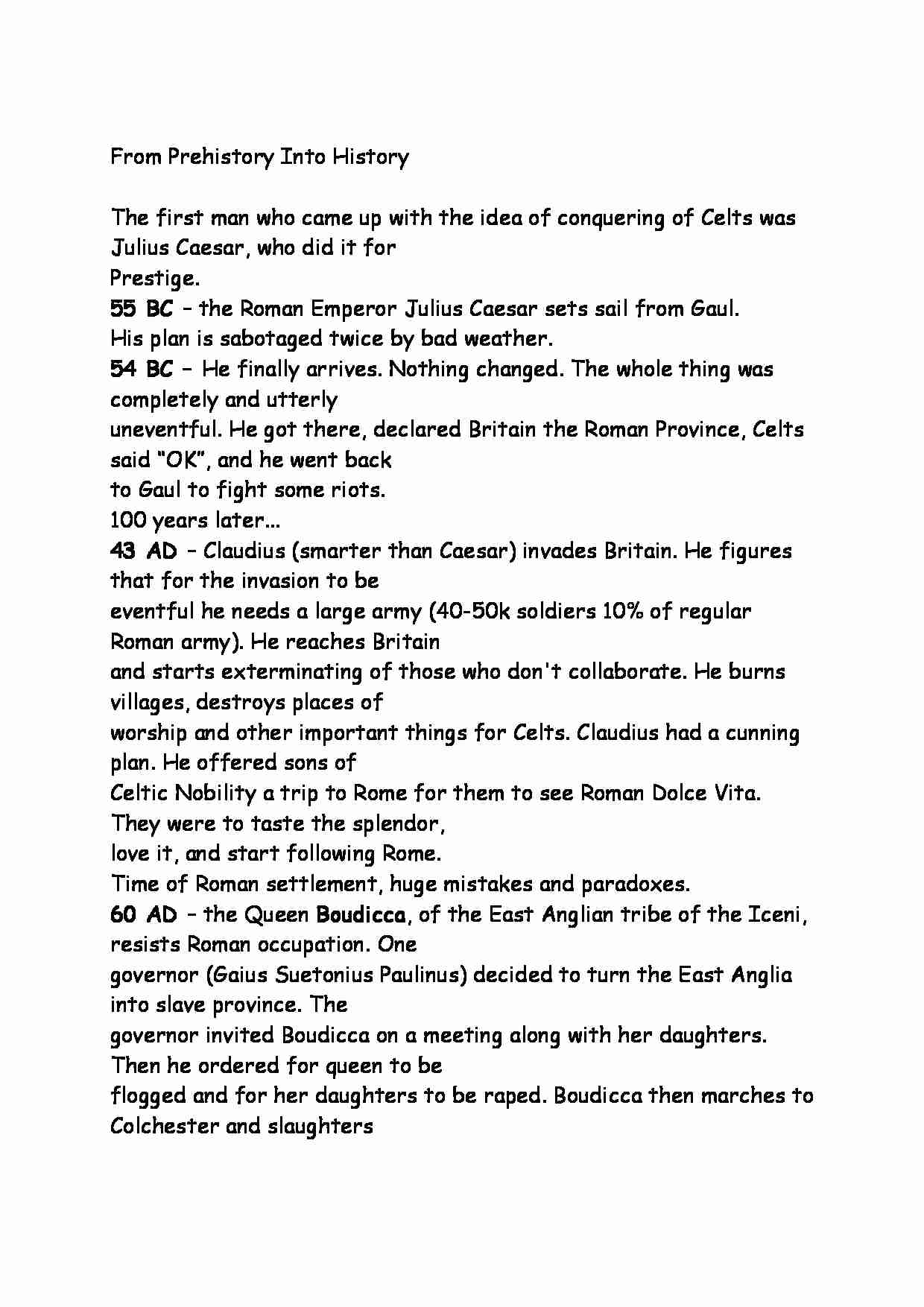 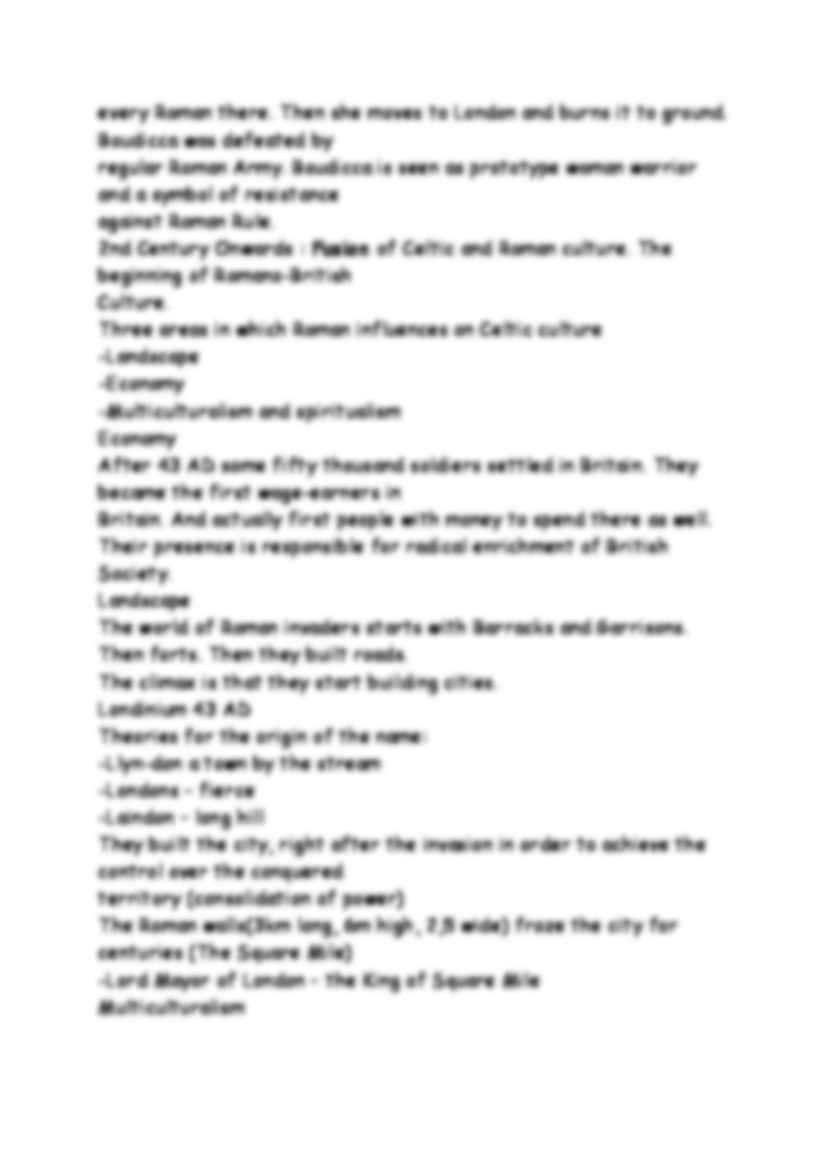 From Prehistory Into History
The first man who came up with the idea of conquering of Celts was Julius Caesar, who did it for
Prestige. 55 BC - the Roman Emperor Julius Caesar sets sail from Gaul.
His plan is sabotaged twice by bad weather. 54 BC - He finally arrives. Nothing changed. The whole thing was completely and utterly
uneventful. He got there, declared Britain the Roman Province, Celts said “OK”, and he went back
to Gaul to fight some riots.
100 years later... 43 AD - Claudius (smarter than Caesar) invades Britain. He figures that for the invasion to be
eventful he needs a large army (40-50k soldiers 10% of regular Roman army). He reaches Britain
and starts exterminating of those who don't collaborate. He burns villages, destroys places of
worship and other important things for Celts. Claudius had a cunning plan. He offered sons of
Celtic Nobility a trip to Rome for them to see Roman Dolce Vita. They were to taste the splendor,
love it, and start following Rome.
Time of Roman settlement, huge mistakes and paradoxes. 60 AD - the Queen Boudicca , of the East Anglian tribe of the Iceni, resists Roman occupation. One
governor (Gaius Suetonius Paulinus) decided to turn the East Anglia into slave province. The
governor invited Boudicca on a meeting along with her daughters. Then he ordered for queen to be
flogged and for her daughters to be raped. Boudicca then marches to Colchester and slaughters
every Roman there. Then she moves to London and burns it to ground. Boudicca was defeated by
regular Roman Army. Boudicca is seen as prototype woman warrior and a symbol of resistance
against Roman Rule.
2nd Century Onwards : Fusion of Celtic and Roman culture. The beginning of Romano-British
Culture.
Three areas in which Roman influences on Celtic culture
-Landscape
-Economy
-Multiculturalism and spiritualism
Economy
After 43 AD some fifty thousand soldiers settled in Britain. They became the first wage-earners in
Britain. And actually first people with money to spend there as well.
Their presence is responsible for radical enrichment of British Society.
Landscape
The world of Roman invaders starts with Barracks and Garrisons. Then forts. Then they built roads.
The climax is that they start building cities.
Londinium 43 AD
Theories for the origin of the name:
-Llyn-don a town by the stream
-Londons - fierce
-Laindon - long hill
They built the city, right after the invasion in order to achieve the control over the conquered
territory (consolidation of power)

… order to achieve the control over the conquered
territory (consolidation of power)
The Roman walls(3km long, 6m high, 2,5 wide) froze the city for centuries (The Square Mile)
-Lord Mayor of London - the King of Square Mile
Multiculturalism
People who came to British (the invaders) where from all the empire. They were
multicultural(different religions, beliefs, cultures). Multiculturalism was an…
... zobacz całą notatkę

The Roman period in Great Britain 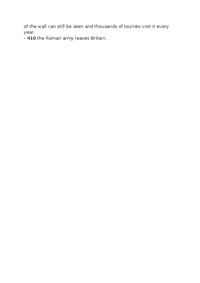