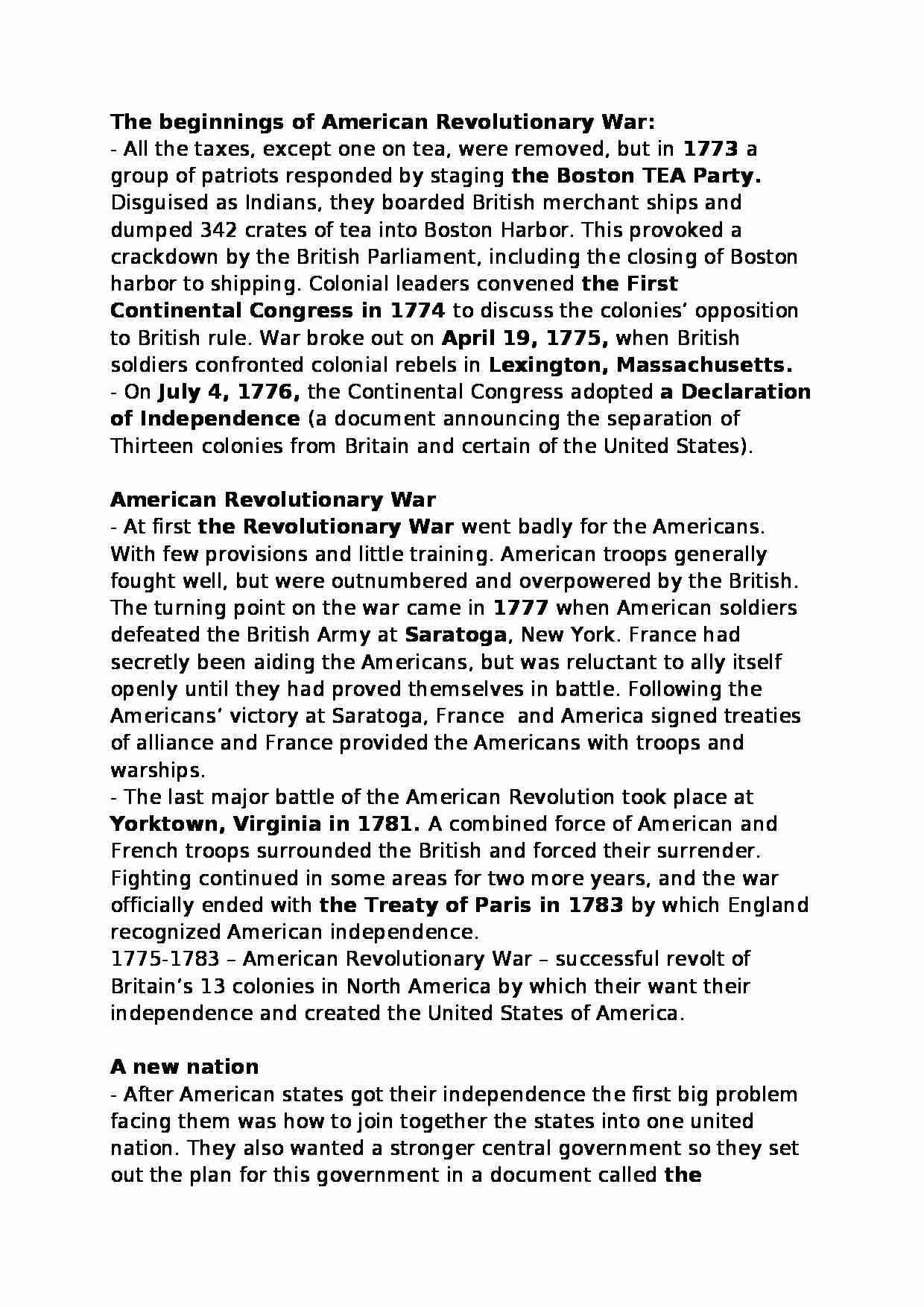 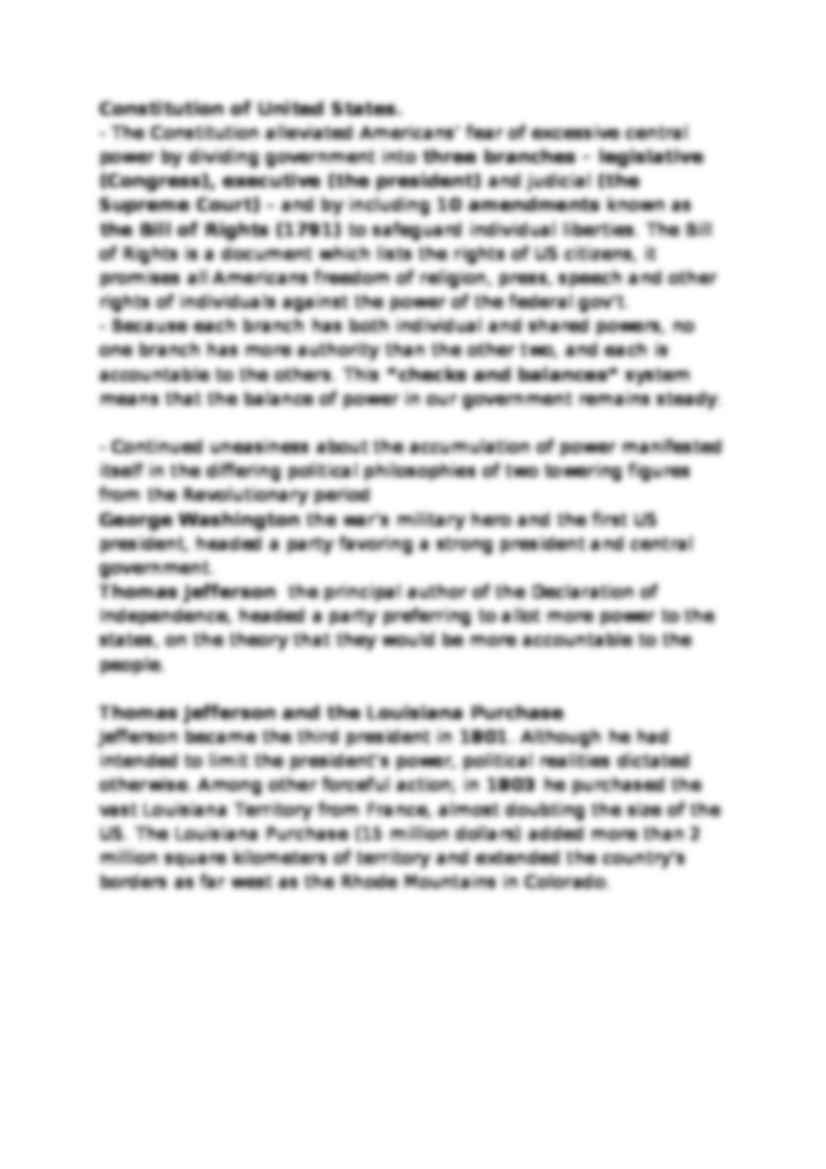 The beginnings of American Revolutionary War: - All the taxes, except one on tea, were removed, but in 1773 a group of patriots responded by staging the Boston TEA Party. Disguised as Indians, they boarded British merchant ships and dumped 342 crates of tea into Boston Harbor. This provoked a crackdown by the British Parliament, including the closing of Boston harbor to shipping. Colonial leaders convened the First Continental Congress in 1774 to discuss the colonies' opposition to British rule. War broke out on April 19, 1775, when British soldiers confronted colonial rebels in Lexington, Massachusetts. - On July 4, 1776, the Continental Congress adopted a Declaration of Independence (a document announcing the separation of Thirteen colonies from Britain and certain of the United States). American Revolutionary War - At first the Revolutionary War went badly for the Americans. With few provisions and little training. American troops generally fought well, but were outnumbered and overpowered by the British. The turning point on the war came in 1777 when American soldiers defeated the British Army at Saratoga, New York. France had secretly been aiding the Americans, but was reluctant to ally itself openly until they had proved themselves in battle. Following the Americans' victory at Saratoga, France and America signed treaties of alliance and France provided the Americans with troops and warships. - The last major battle of the American Revolution took place at Yorktown, Virginia in 1781. A combined force of American and French troops surrounded the British and forced their surrender. Fighting continued in some areas for two more years, and the war officially ended with the Treaty of Paris in 1783 by which England recognized American independence. 1775-1783 - American Revolutionary War - successful revolt of Britain's 13 colonies in North America by which their want their independence and created the United States of America. A new nation - After American states got their independence the first big problem facing them was how to join together the states into one united nation. They also wanted a stronger central government so they set out the plan for this government in a document called the Constitution of United States. - The Constitution alleviated Americans' fear of excessive central power by dividing government into three branches - legislative (Congress), executive (the president) and judicial (the Supreme Court) - and by including 10 amendments known as the Bill of Rights (1791) to safeguard individual liberties. The Bill of Rights is a document which lists the rights of US citizens, it promises all Americans freedom of religion, press, speech and other rights of individuals against the power of the federal gov't. - Because each branch has both individual and shared powers, no one branch has more authority than the other two, and each is accountable to the others. This “checks and balances” system means that the balance of power in our government remains steady.

… hero and the first US president, headed a party favoring a strong president and central government. Thomas Jefferson the principal author of the Declaration of Independence, headed a party preferring to allot more power to the states, on the theory that they would be more accountable to the people. Thomas Jefferson and the Louisiana Purchase Jefferson became the third president in 1801. Although he…
... zobacz całą notatkę

History of England-important dates from the 18th century 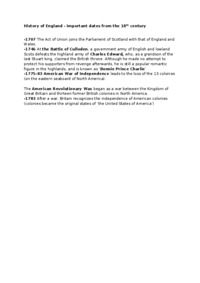