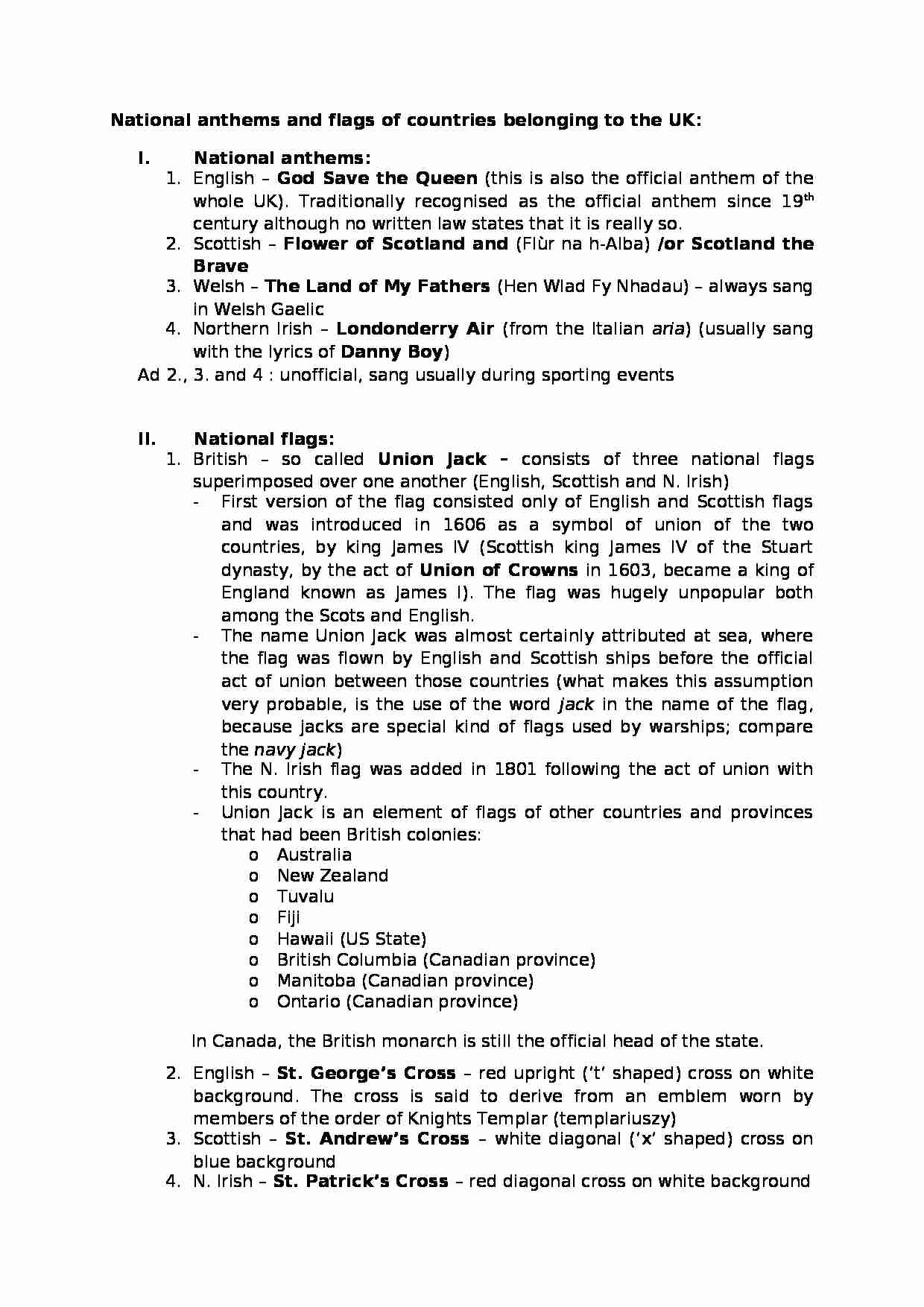 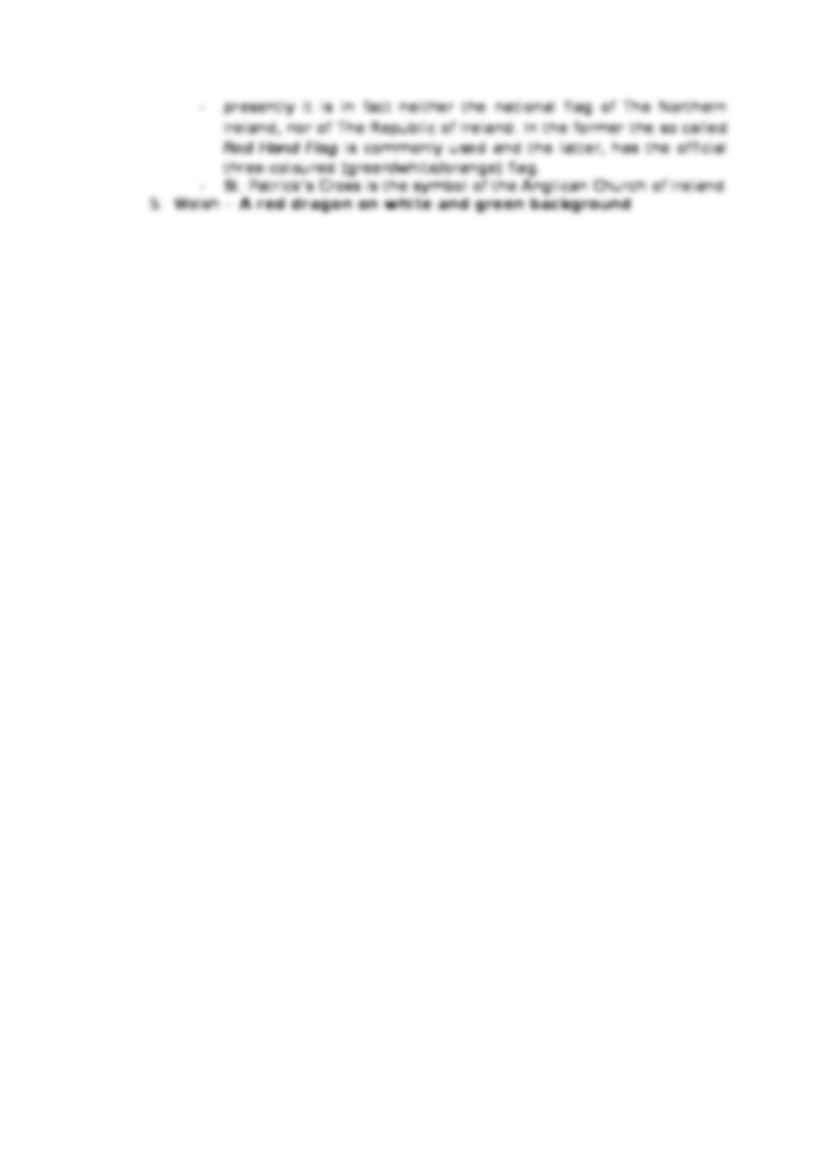 National anthems and flags of countries belonging to the UK:
National anthems:
English - God Save the Queen (this is also the official anthem of the whole UK). Traditionally recognised as the official anthem since 19th century although no written law states that it is really so.
Scottish - Flower of Scotland and (Flùr na h-Alba) /or Scotland the Brave
Welsh - The Land of My Fathers (Hen Wlad Fy Nhadau) - always sang in Welsh Gaelic
Northern Irish - Londonderry Air (from the Italian aria) (usually sang with the lyrics of Danny Boy) Ad 2., 3. and 4 : unofficial, sang usually during sporting events
National flags:
British - so called Union Jack - consists of three national flags superimposed over one another (English, Scottish and N. Irish) First version of the flag consisted only of English and Scottish flags and was introduced in 1606 as a symbol of union of the two countries, by king James IV (Scottish king James IV of the Stuart dynasty, by the act of Union of Crowns in 1603, became a king of England known as James I). The flag was hugely unpopular both among the Scots and English. The name Union Jack was almost certainly attributed at sea, where the flag was flown by English and Scottish ships before the official act of union between those countries (what makes this assumption very probable, is the use of the word jack in the name of the flag, because jacks are special kind of flags used by warships; compare the navy jack) The N. Irish flag was added in 1801 following the act of union with this country.
Union Jack is an element of flags of other countries and provinces that had been British colonies:
Australia
New Zealand
Tuvalu
Fiji
Hawaii (US State)
British Columbia (Canadian province)
Manitoba (Canadian province)
Ontario (Canadian province)
In Canada, the British monarch is still the official head of the state.
English - St. George's Cross - red upright (`t' shaped) cross on white background. The cross is said to derive from an emblem worn by members of the order of Knights Templar (templariuszy)
Scottish - St. Andrew's Cross - white diagonal (`x' shaped) cross on blue background
N. Irish - St. Patrick's Cross - red diagonal cross on white background presently it is in fact neither the national flag of The Northern Ireland, nor of The Republic of Ireland. In the former the so called Red Hand Flag is commonly used and the latter, has the official three-coloured (green/white/orange) flag. St. Patrick's Cross is the symbol of the Anglican Church of Ireland
Welsh - A red dragon on white and green background ... zobacz całą notatkę 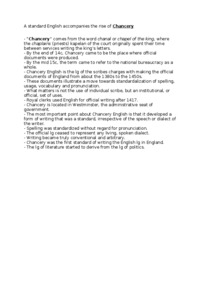