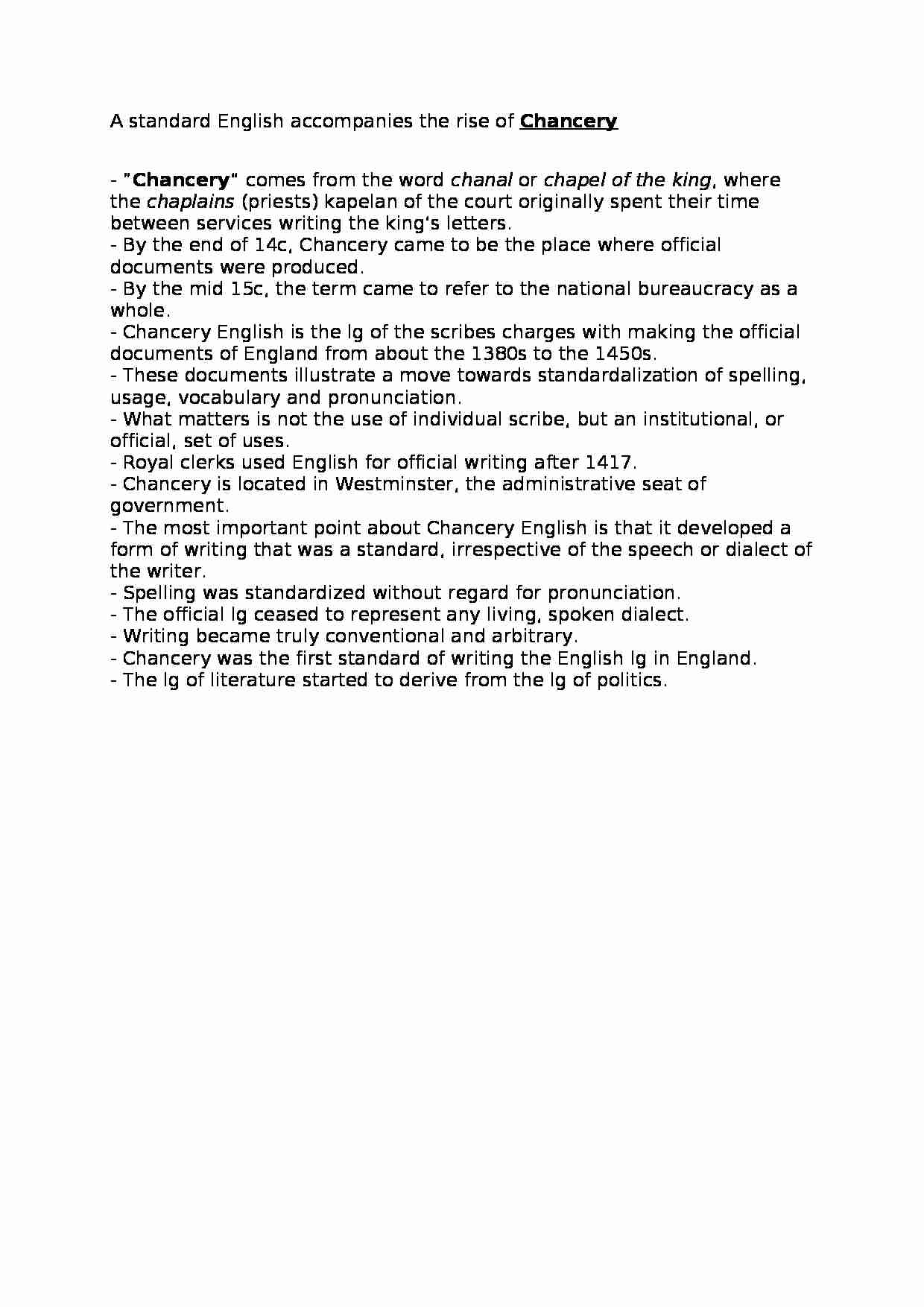 A standard English accompanies the rise of Chancery
- “Chancery” comes from the word chanal or chapel of the king, where the chaplains (priests) kapelan of the court originally spent their time between services writing the king's letters. - By the end of 14c, Chancery came to be the place where official documents were produced. - By the mid 15c, the term came to refer to the national bureaucracy as a whole. - Chancery English is the lg of the scribes charges with making the official documents of England from about the 1380s to the 1450s. - These documents illustrate a move towards standardalization of spelling, usage, vocabulary and pronunciation. - What matters is not the use of individual scribe, but an institutional, or official, set of uses. - Royal clerks used English for official writing after 1417. - Chancery is located in Westminster, the administrative seat of government. - The most important point about Chancery English is that it developed a form of writing that was a standard, irrespective of the speech or dialect of the writer. - Spelling was standardized without regard for pronunciation. - The official lg ceased to represent any living, spoken dialect. - Writing became truly conventional and arbitrary. - Chancery was the first standard of writing the English lg in England. - The lg of literature started to derive from the lg of politics.
... zobacz całą notatkę 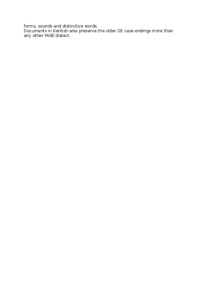 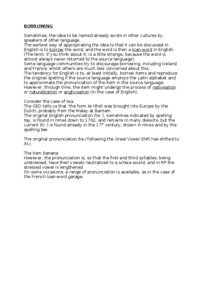 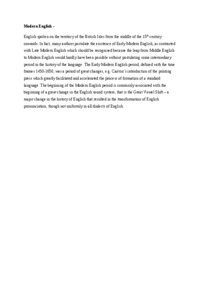