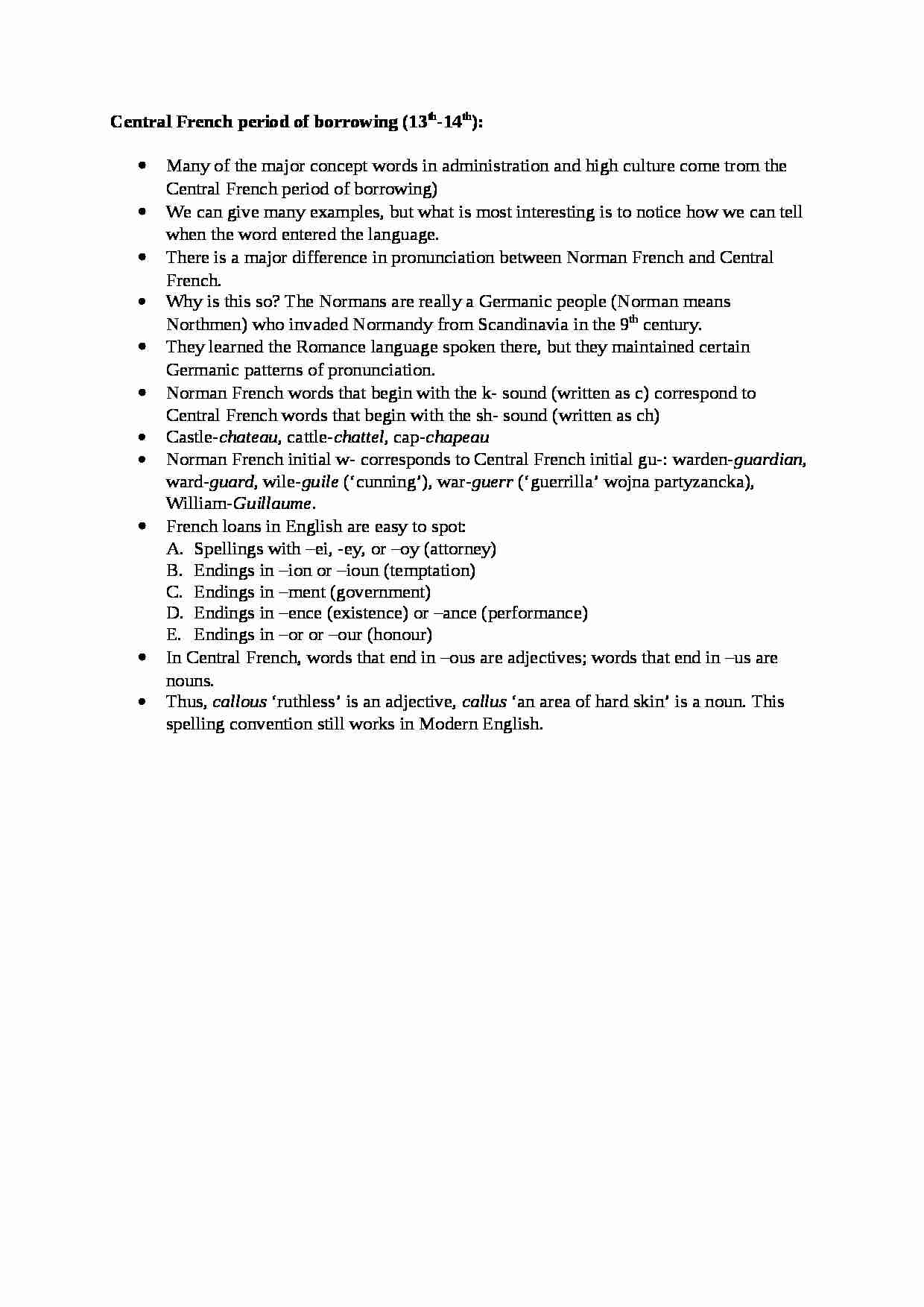 Central French period of borrowing (13th-14th):
Many of the major concept words in administration and high culture come trom the Central French period of borrowing)
We can give many examples, but what is most interesting is to notice how we can tell when the word entered the language.
There is a major difference in pronunciation between Norman French and Central French.
Why is this so? The Normans are really a Germanic people (Norman means Northmen) who invaded Normandy from Scandinavia in the 9th century.
They learned the Romance language spoken there, but they maintained certain Germanic patterns of pronunciation.
Norman French words that begin with the k- sound (written as c) correspond to Central French words that begin with the sh- sound (written as ch)
Castle-chateau, cattle-chattel, cap-chapeau
Norman French initial w- corresponds to Central French initial gu-: warden-guardian, ward-guard, wile-guile (`cunning'), war-guerr (`guerrilla' wojna partyzancka), William-Guillaume.
French loans in English are easy to spot:
Spellings with -ei, -ey, or -oy (attorney)
Endings in -ion or -ioun (temptation)
Endings in -ment (government)
Endings in -ence (existence) or -ance (performance)
Endings in -or or -our (honour)
In Central French, words that end in -ous are adjectives; words that end in -us are nouns.
Thus, callous `ruthless' is an adjective, callus `an area of hard skin' is a noun. This spelling convention still works in Modern English.
... zobacz całą notatkę

The loss of Inflections and Reasons for borrowing new words 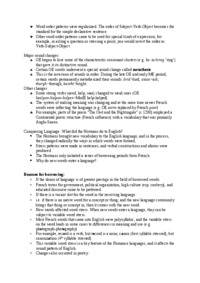 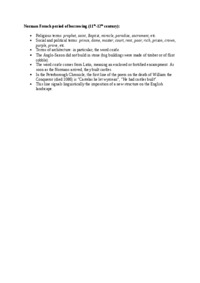 Great Britain during the medieval times 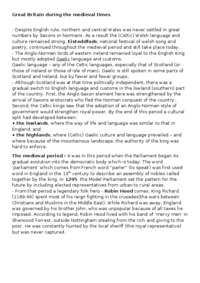