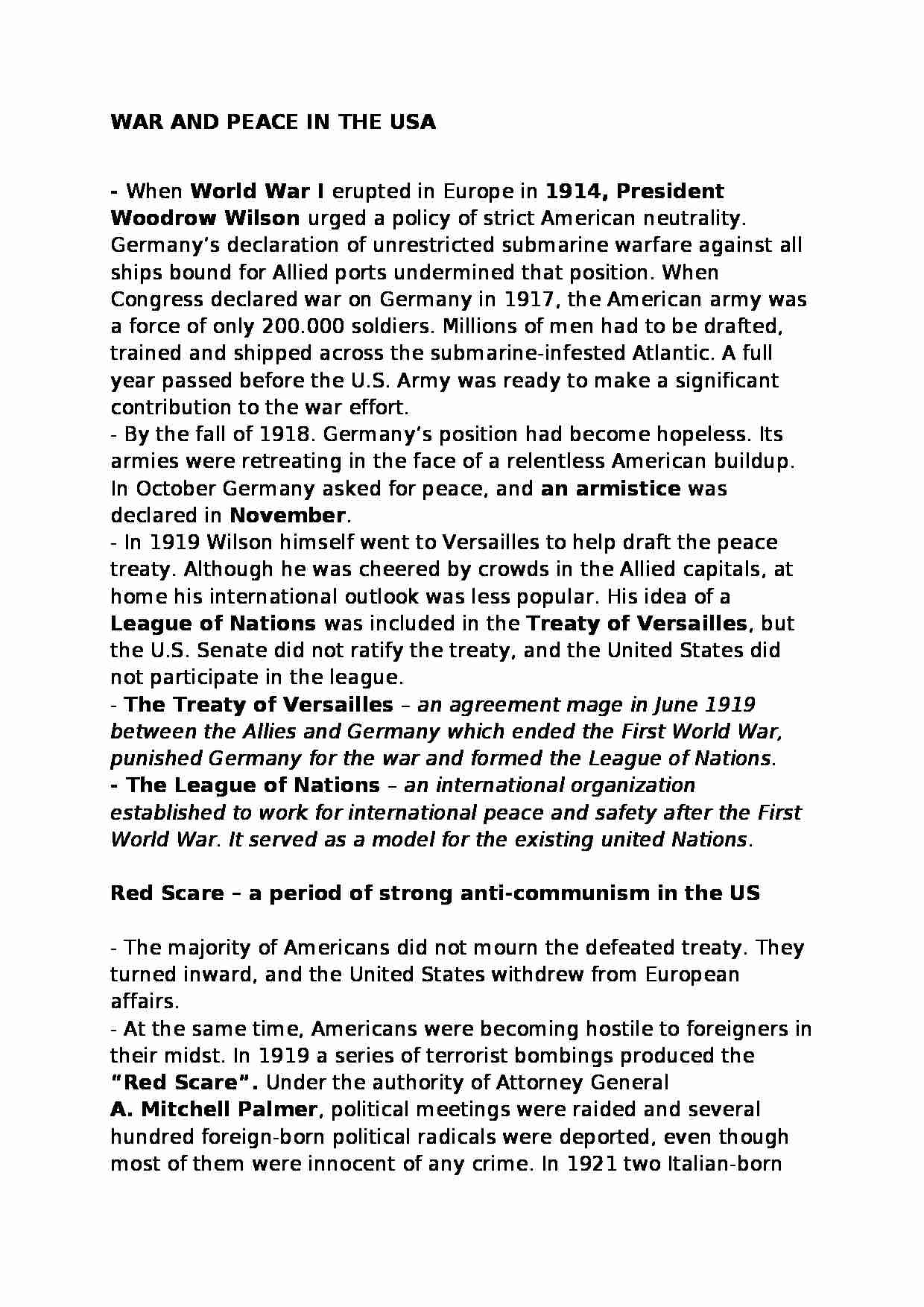 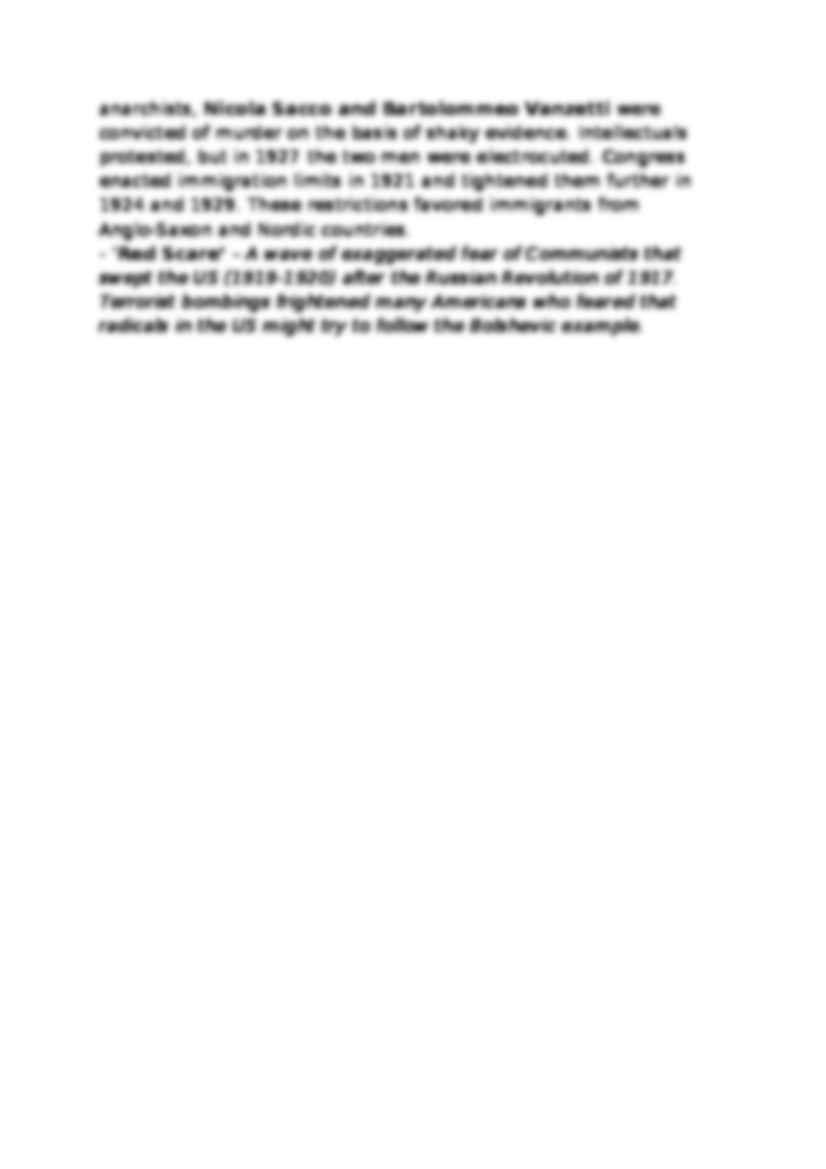 WAR AND PEACE IN THE USA
- When World War I erupted in Europe in 1914, President Woodrow Wilson urged a policy of strict American neutrality. Germany's declaration of unrestricted submarine warfare against all ships bound for Allied ports undermined that position. When Congress declared war on Germany in 1917, the American army was a force of only 200.000 soldiers. Millions of men had to be drafted, trained and shipped across the submarine-infested Atlantic. A full year passed before the U.S. Army was ready to make a significant contribution to the war effort. - By the fall of 1918. Germany's position had become hopeless. Its armies were retreating in the face of a relentless American buildup. In October Germany asked for peace, and an armistice was declared in November. - In 1919 Wilson himself went to Versailles to help draft the peace treaty. Although he was cheered by crowds in the Allied capitals, at home his international outlook was less popular. His idea of a League of Nations was included in the Treaty of Versailles, but the U.S. Senate did not ratify the treaty, and the United States did not participate in the league. - The Treaty of Versailles - an agreement mage in June 1919 between the Allies and Germany which ended the First World War, punished Germany for the war and formed the League of Nations. - The League of Nations - an international organization established to work for international peace and safety after the First World War. It served as a model for the existing united Nations. Red Scare - a period of strong anti-communism in the US - The majority of Americans did not mourn the defeated treaty. They turned inward, and the United States withdrew from European affairs. - At the same time, Americans were becoming hostile to foreigners in their midst. In 1919 a series of terrorist bombings produced the “Red Scare”. Under the authority of Attorney General A. Mitchell Palmer, political meetings were raided and several hundred foreign-born political radicals were deported, even though most of them were innocent of any crime. In 1921 two Italian-born anarchists, Nicola Sacco and Bartolommeo Vanzetti were convicted of murder on the basis of shaky evidence. Intellectuals protested, but in 1927 the two men were electrocuted. Congress enacted immigration limits in 1921 and tightened them further in 1924 and 1929. These restrictions favored immigrants from Anglo-Saxon and Nordic countries. - `Red Scare' - A wave of exaggerated fear of Communists that swept the US (1919-1920) after the Russian Revolution of 1917. Terrorist bombings frightened many Americans who feared that radicals in the US might try to follow the Bolshevic example.
... zobacz całą notatkę

History of the BSR