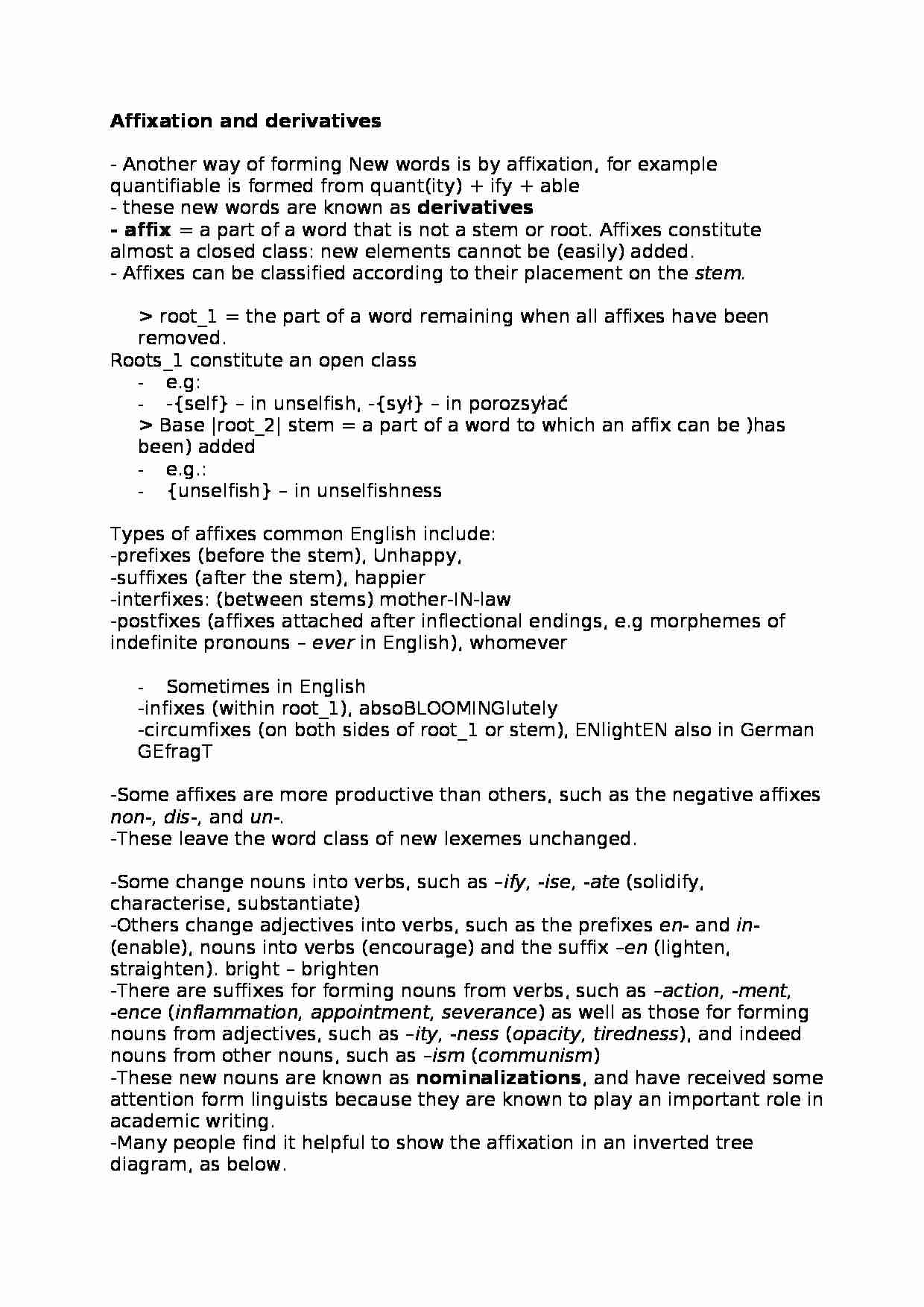 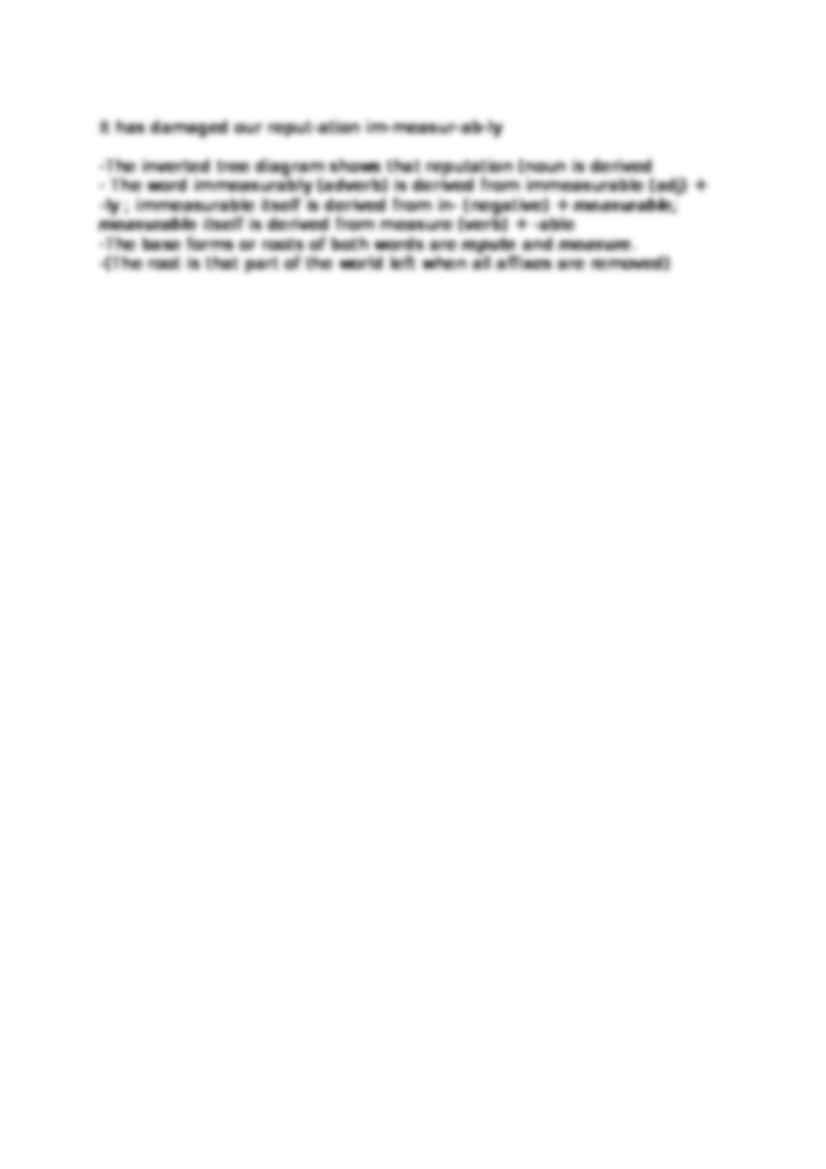 Affixation and derivatives - Another way of forming New words is by affixation, for example quantifiable is formed from quant(ity) + ify + able
- these new words are known as derivatives
- affix = a part of a word that is not a stem or root. Affixes constitute almost a closed class: new elements cannot be (easily) added.
- Affixes can be classified according to their placement on the stem.
root_1 = the part of a word remaining when all affixes have been removed.
Roots_1 constitute an open class
e.g:
-{self} - in unselfish, -{sył} - in porozsyłać
Base |root_2| stem = a part of a word to which an affix can be )has been) added
e.g.:
{unselfish} - in unselfishness
Types of affixes common English include:
-prefixes (before the stem), Unhappy, -suffixes (after the stem), happier
-interfixes: (between stems) mother-IN-law
-postfixes (affixes attached after inflectional endings, e.g morphemes of indefinite pronouns - ever in English), whomever
Sometimes in English
-infixes (within root_1), absoBLOOMINGlutely
-circumfixes (on both sides of root_1 or stem), ENlightEN also in German GEfragT
-Some affixes are more productive than others, such as the negative affixes non-, dis-, and un-.
-These leave the word class of new lexemes unchanged.
-Some change nouns into verbs, such as -ify, -ise, -ate (solidify, characterise, substantiate)
-Others change adjectives into verbs, such as the prefixes en- and in- (enable), nouns into verbs (encourage) and the suffix -en (lighten, straighten). bright - brighten
-There are suffixes for forming nouns from verbs, such as -action, -ment, -ence (inflammation, appointment, severance) as well as those for forming nouns from adjectives, such as -ity, -ness (opacity, tiredness), and indeed nouns from other nouns, such as -ism (communism)
-These new nouns are known as nominalizations, and have received some attention form linguists because they are known to play an important role in academic writing.
-Many people find it helpful to show the affixation in an inverted tree diagram, as below.
It has damaged our reput-ation im-measur-ab-ly
-The inverted tree diagram shows that reputation (noun is derived
- The word immeasurably (adverb) is derived from immeasurable (adj) + -ly ; immeasurable itself is derived from in- (negative) + measurable; measurable itself is derived from measure (verb) + -able
-The base forms or roots of both words are repute and ... zobacz całą notatkę 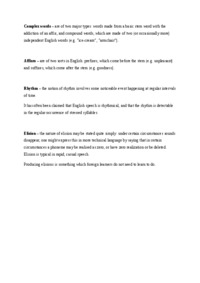 Four ways in which Old English made new words 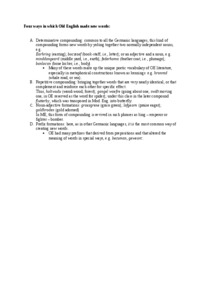 THE SCOPE OF MODERN ENGLISH-changes in syntax and grammar 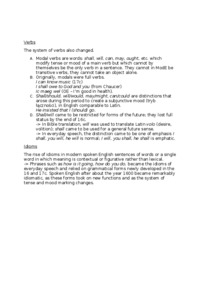