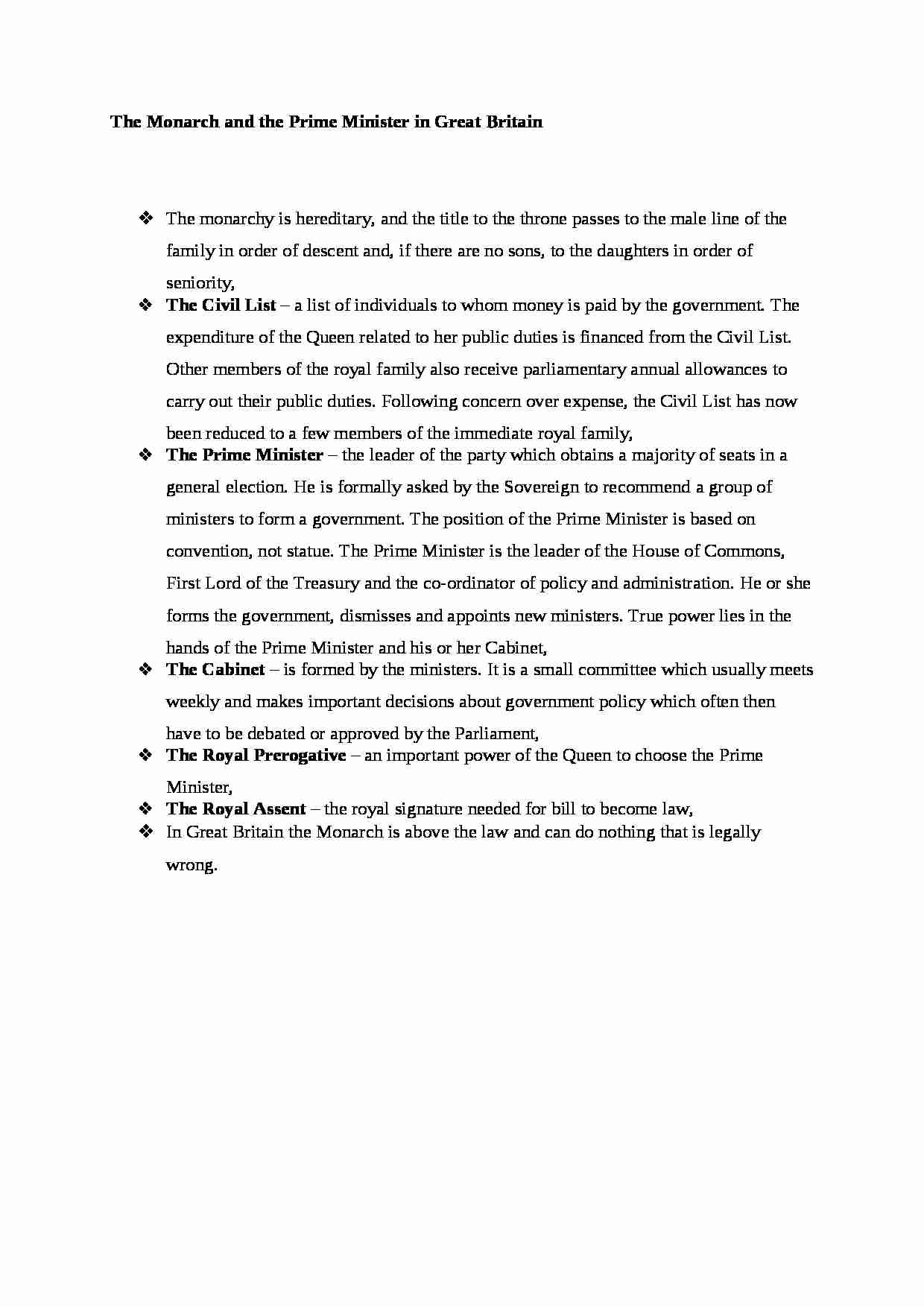 The Monarch and the Prime Minister in Great Britain
The monarchy is hereditary, and the title to the throne passes to the male line of the family in order of descent and, if there are no sons, to the daughters in order of seniority,
The Civil List - a list of individuals to whom money is paid by the government. The expenditure of the Queen related to her public duties is financed from the Civil List. Other members of the royal family also receive parliamentary annual allowances to carry out their public duties. Following concern over expense, the Civil List has now been reduced to a few members of the immediate royal family,
The Prime Minister - the leader of the party which obtains a majority of seats in a general election. He is formally asked by the Sovereign to recommend a group of ministers to form a government. The position of the Prime Minister is based on convention, not statue. The Prime Minister is the leader of the House of Commons, First Lord of the Treasury and the co-ordinator of policy and administration. He or she forms the government, dismisses and appoints new ministers. True power lies in the hands of the Prime Minister and his or her Cabinet,
The Cabinet - is formed by the ministers. It is a small committee which usually meets weekly and makes important decisions about government policy which often then have to be debated or approved by the Parliament,
The Royal Prerogative - an important power of the Queen to choose the Prime Minister,
The Royal Assent - the royal signature needed for bill to become law,
In Great Britain the Monarch is above the law and can do nothing that is legally wrong.
... zobacz całą notatkę 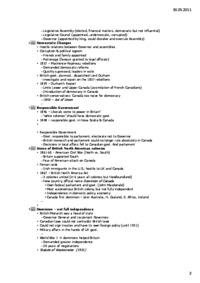