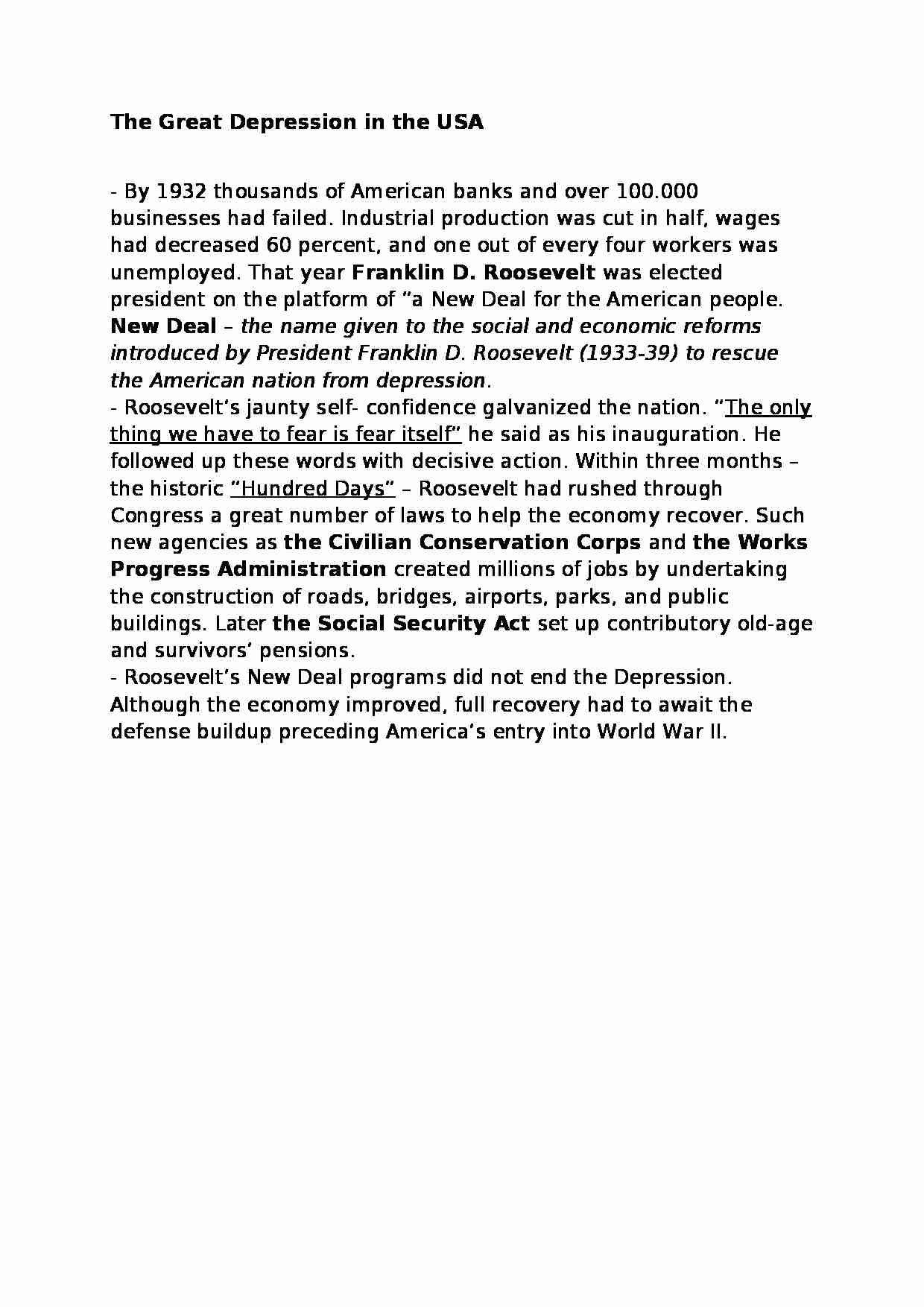 The Great Depression in the USA
- By 1932 thousands of American banks and over 100.000 businesses had failed. Industrial production was cut in half, wages had decreased 60 percent, and one out of every four workers was unemployed. That year Franklin D. Roosevelt was elected president on the platform of “a New Deal for the American people. New Deal - the name given to the social and economic reforms introduced by President Franklin D. Roosevelt (1933-39) to rescue the American nation from depression. - Roosevelt's jaunty self- confidence galvanized the nation. “The only thing we have to fear is fear itself” he said as his inauguration. He followed up these words with decisive action. Within three months - the historic “Hundred Days” - Roosevelt had rushed through Congress a great number of laws to help the economy recover. Such new agencies as the Civilian Conservation Corps and the Works Progress Administration created millions of jobs by undertaking the construction of roads, bridges, airports, parks, and public buildings. Later the Social Security Act set up contributory old-age and survivors' pensions. - Roosevelt's New Deal programs did not end the Depression. Although the economy improved, full recovery had to await the defense buildup preceding America's entry into World War II. ... zobacz całą notatkę 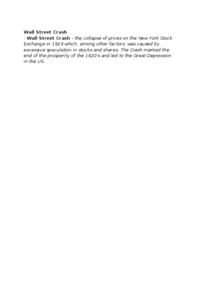