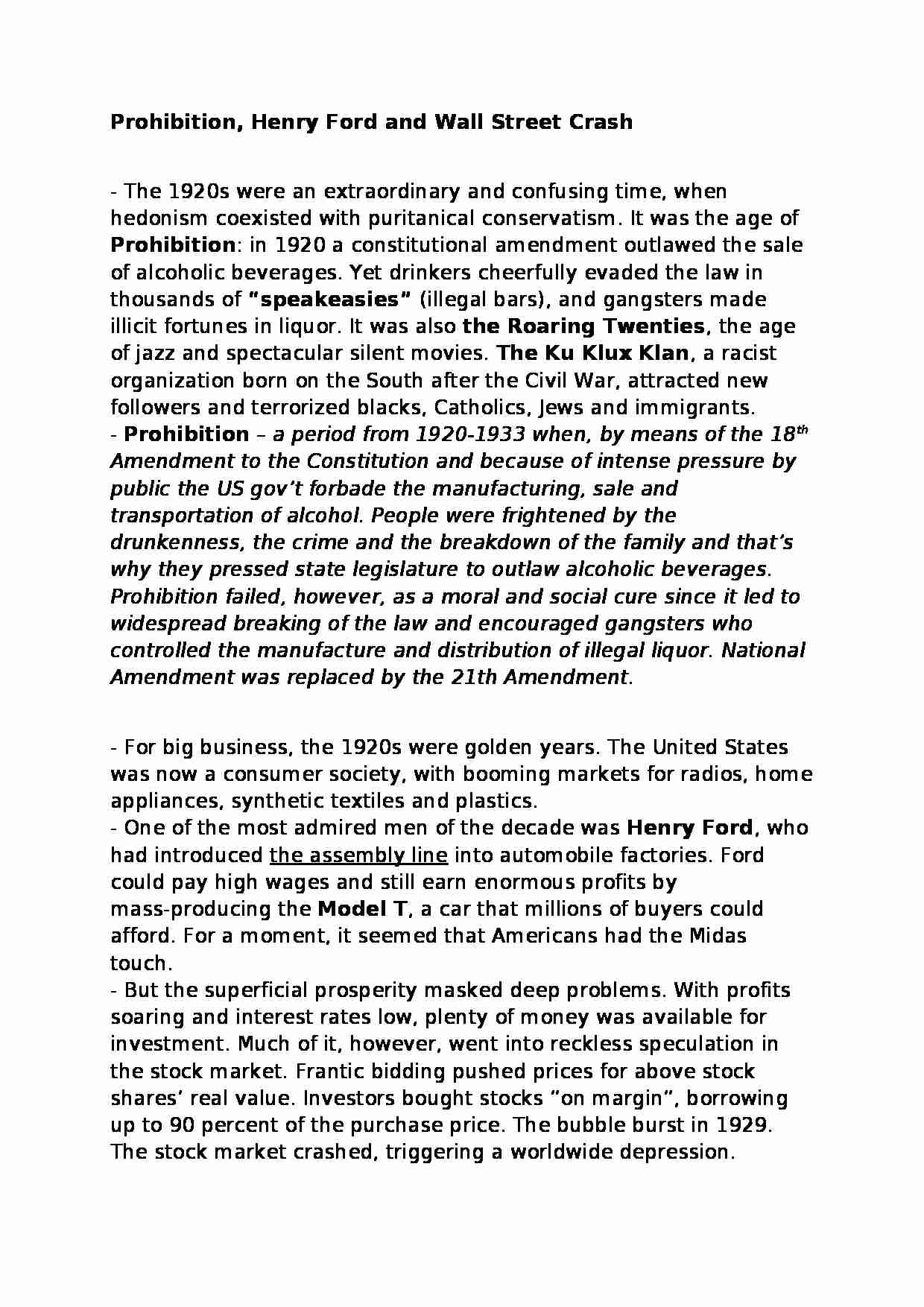 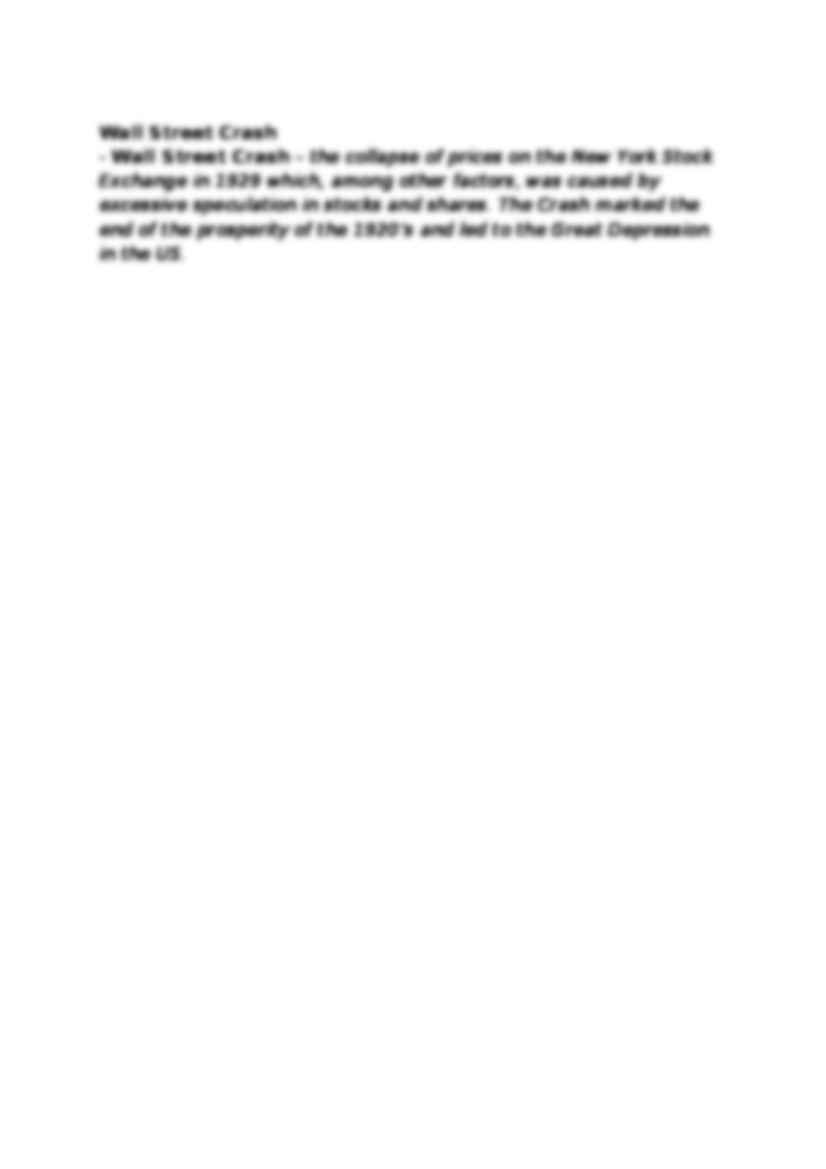 Prohibition, Henry Ford and Wall Street Crash
- The 1920s were an extraordinary and confusing time, when hedonism coexisted with puritanical conservatism. It was the age of Prohibition: in 1920 a constitutional amendment outlawed the sale of alcoholic beverages. Yet drinkers cheerfully evaded the law in thousands of “speakeasies” (illegal bars), and gangsters made illicit fortunes in liquor. It was also the Roaring Twenties, the age of jazz and spectacular silent movies. The Ku Klux Klan, a racist organization born on the South after the Civil War, attracted new followers and terrorized blacks, Catholics, Jews and immigrants. - Prohibition - a period from 1920-1933 when, by means of the 18th Amendment to the Constitution and because of intense pressure by public the US gov't forbade the manufacturing, sale and transportation of alcohol. People were frightened by the drunkenness, the crime and the breakdown of the family and that's why they pressed state legislature to outlaw alcoholic beverages. Prohibition failed, however, as a moral and social cure since it led to widespread breaking of the law and encouraged gangsters who controlled the manufacture and distribution of illegal liquor. National Amendment was replaced by the 21th Amendment. - For big business, the 1920s were golden years. The United States was now a consumer society, with booming markets for radios, home appliances, synthetic textiles and plastics. - One of the most admired men of the decade was Henry Ford, who had introduced the assembly line into automobile factories. Ford could pay high wages and still earn enormous profits by mass-producing the Model T, a car that millions of buyers could afford. For a moment, it seemed that Americans had the Midas touch. - But the superficial prosperity masked deep problems. With profits soaring and interest rates low, plenty of money was available for investment. Much of it, however, went into reckless speculation in the stock market. Frantic bidding pushed prices for above stock shares' real value. Investors bought stocks “on margin”, borrowing up to 90 percent of the purchase price. The bubble burst in 1929. The stock market crashed, triggering a worldwide depression. Wall Street Crash - Wall Street Crash - the collapse of prices on the New York Stock Exchange in 1929 which, among other factors, was caused by excessive speculation in stocks and shares. The Crash marked the end of the prosperity of the 1920's and led to the Great Depression in the US. ... zobacz całą notatkę 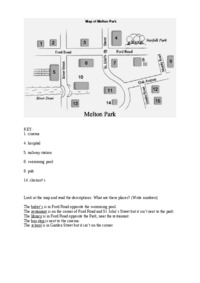 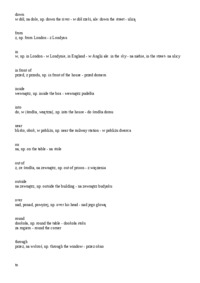