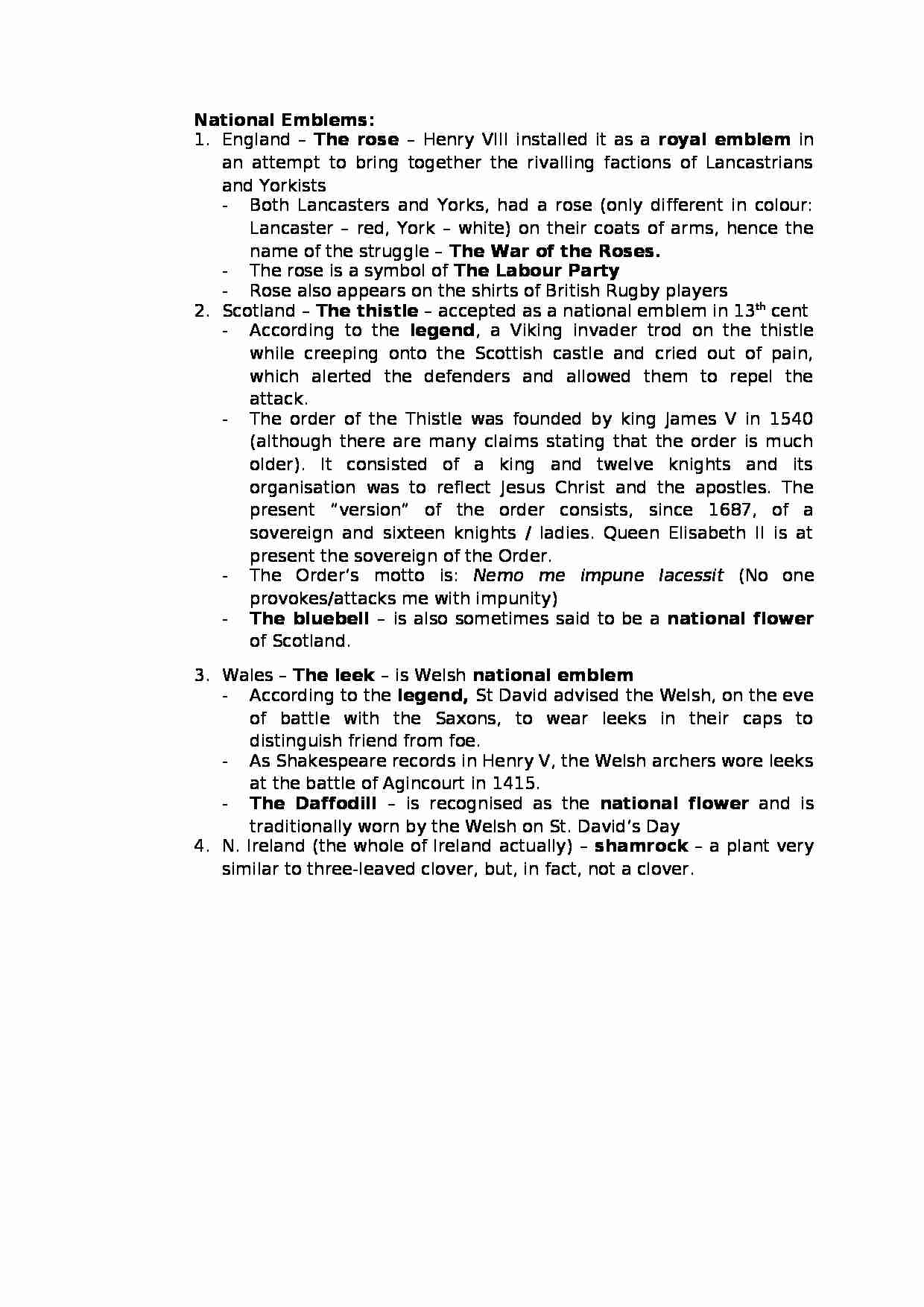 National Emblems:
England - The rose - Henry VIII installed it as a royal emblem in an attempt to bring together the rivalling factions of Lancastrians and Yorkists
Both Lancasters and Yorks, had a rose (only different in colour: Lancaster - red, York - white) on their coats of arms, hence the name of the struggle - The War of the Roses.
The rose is a symbol of The Labour Party Rose also appears on the shirts of British Rugby players
Scotland - The thistle - accepted as a national emblem in 13th cent
According to the legend, a Viking invader trod on the thistle while creeping onto the Scottish castle and cried out of pain, which alerted the defenders and allowed them to repel the attack.
The order of the Thistle was founded by king James V in 1540 (although there are many claims stating that the order is much older). It consisted of a king and twelve knights and its organisation was to reflect Jesus Christ and the apostles. The present “version” of the order consists, since 1687, of a sovereign and sixteen knights / ladies. Queen Elisabeth II is at present the sovereign of the Order.
The Order's motto is: Nemo me impune lacessit (No one provokes/attacks me with impunity)
The bluebell - is also sometimes said to be a national flower of Scotland.
Wales - The leek - is Welsh national emblem
According to the legend, St David advised the Welsh, on the eve of battle with the Saxons, to wear leeks in their caps to distinguish friend from foe. As Shakespeare records in Henry V, the Welsh archers wore leeks at the battle of Agincourt in 1415.
The Daffodill - is recognised as the national flower and is traditionally worn by the Welsh on St. David's Day
N. Ireland (the whole of Ireland actually) - shamrock - a plant very similar to three-leaved clover, but, in fact, not a clover.
... zobacz całą notatkę

National anthems and flags of countries belonging to the UK 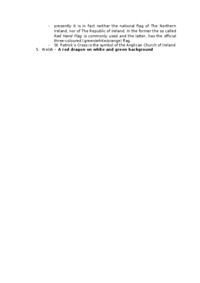 Saint Patrons of the countries belonging to the United Kingdom 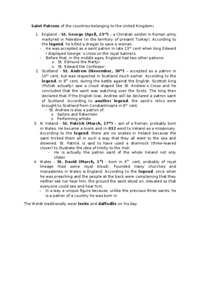