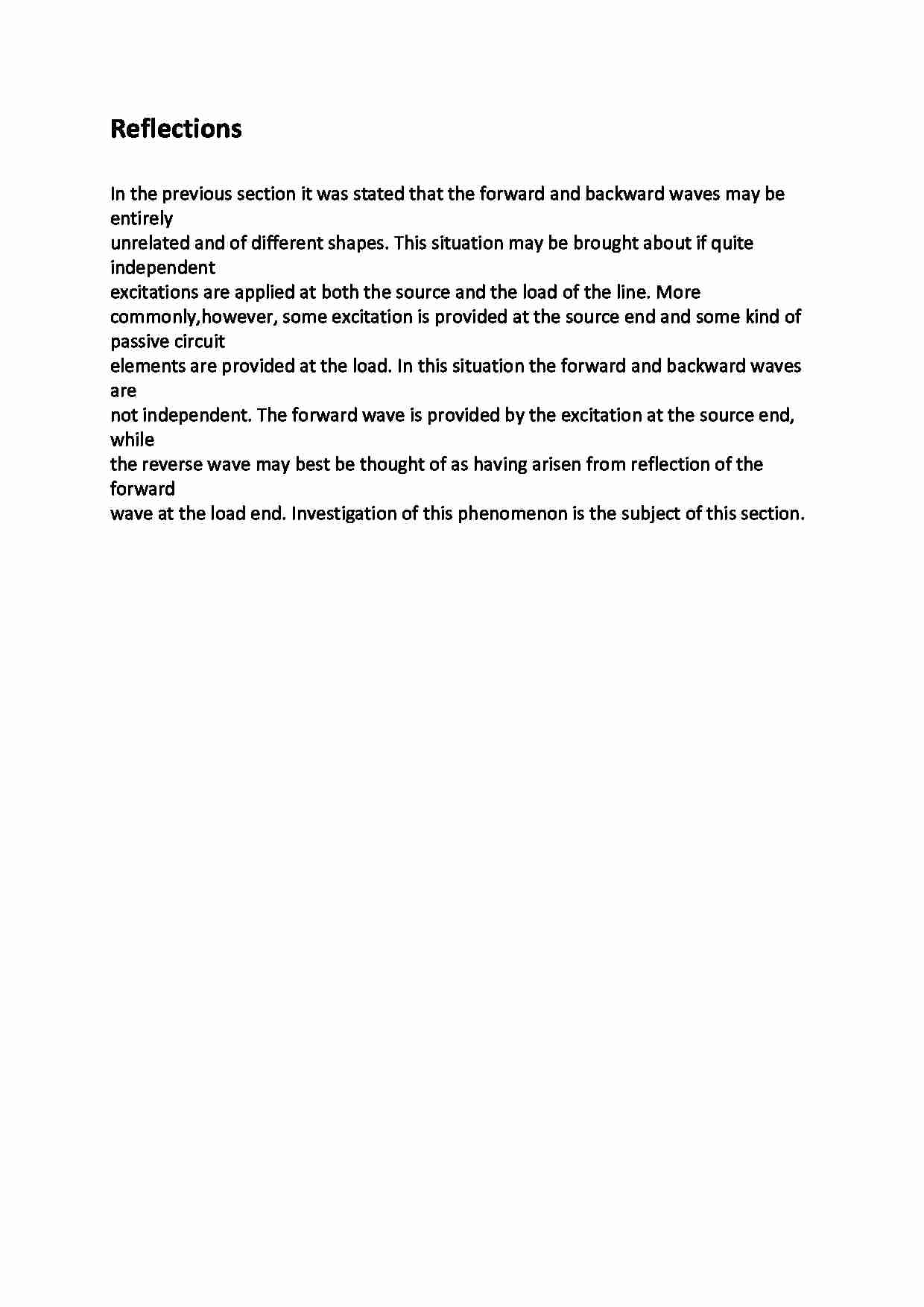 Re fl ections In the previous section it was stated that the forward and backward waves may be entirely
unrelated and of different shapes. This situation may be brought about if quite independent
excitations are applied at both the source and the load of the line. More commonly, however, some excitation is provided at the source end and some kind of passive circuit
elements are provided at the load. In this situation the forward and backward waves are
not independent. The forward wave is provided by the excitation at the source end, while
the reverse wave may best be thought of as having arisen from reflection of the forward
wave at the load end. Investigation of this phenomenon is the subject of this section.
... zobacz całą notatkę

Charging a finite length line through a resistor - wykład 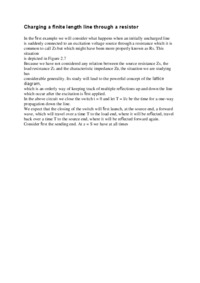 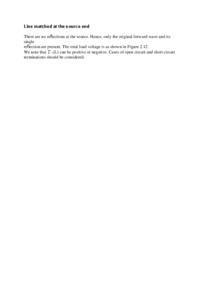 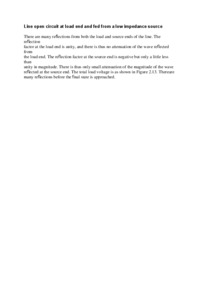