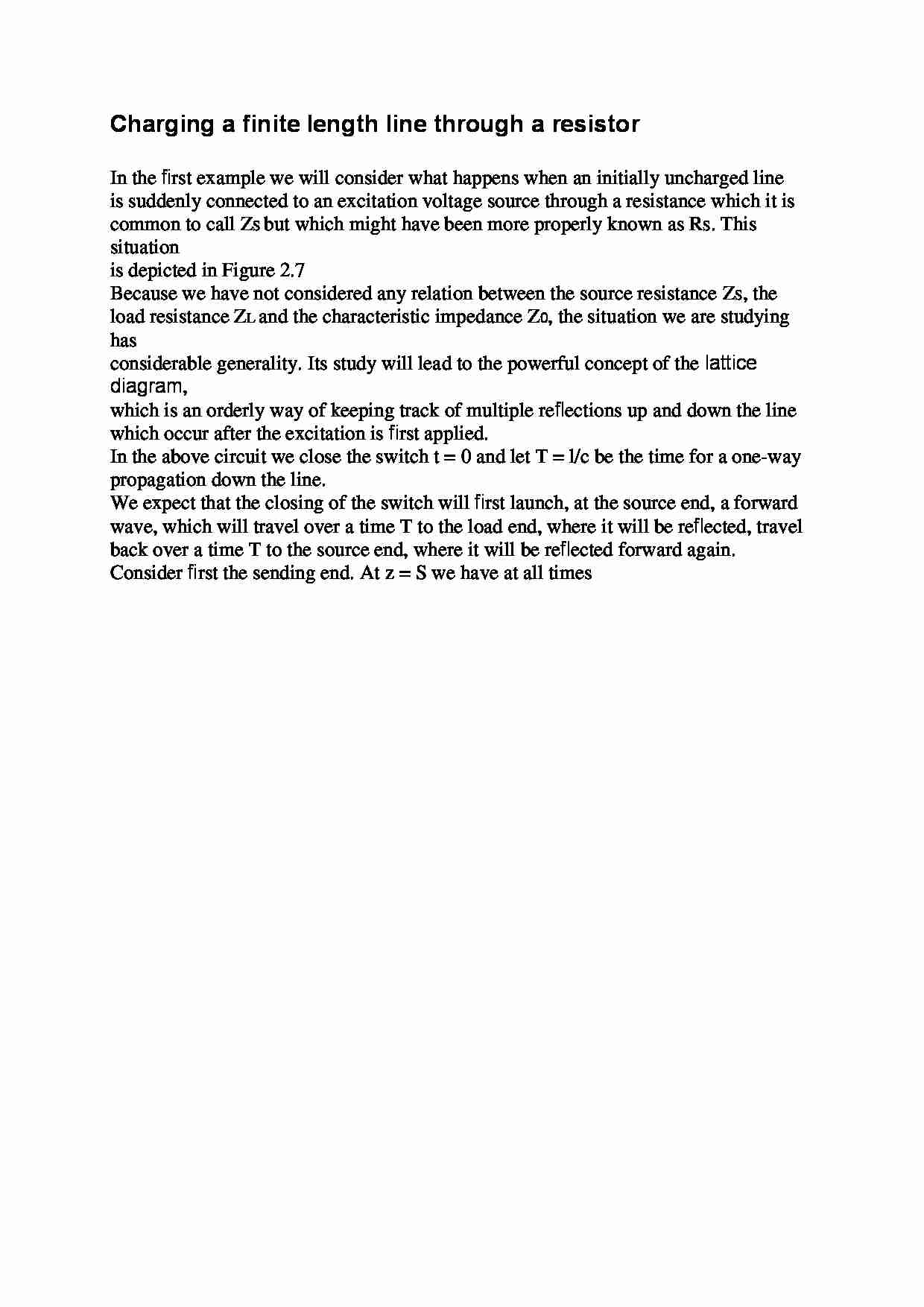 Charging a fi nite length line through a resistor In the first example we will consider what happens when an initially uncharged line
is suddenly connected to an excitation voltage source through a resistance which it is
common to call ZS but which might have been more properly known as RS. This situation
is depicted in Figure 2.7
Because we have not considered any relation between the source resistance ZS, the
load resistance ZL and the characteristic impedance Z0, the situation we are studying has
considerable generality. Its study will lead to the powerful concept of the lattice diagram,
which is an orderly way of keeping track of multiple reflections up and down the line
which occur after the excitation is first applied.
In the above circuit we close the switch t = 0 and let T = l/c be the time for a one-way
propagation down the line.
We expect that the closing of the switch will first launch, at the source end, a forward
wave, which will travel over a time T to the load end, where it will be reflected, travel
back over a time T to the source end, where it will be reflected forward again.
Consider first the sending end. At z = S we have at all times
... zobacz całą notatkę 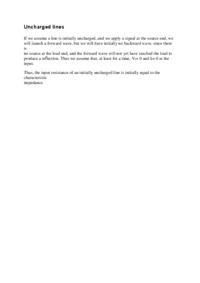 How We Will Proceed - wykład 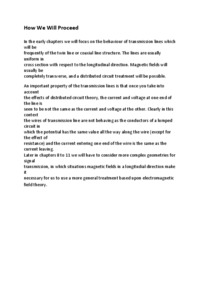 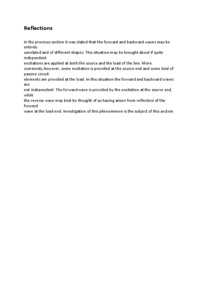