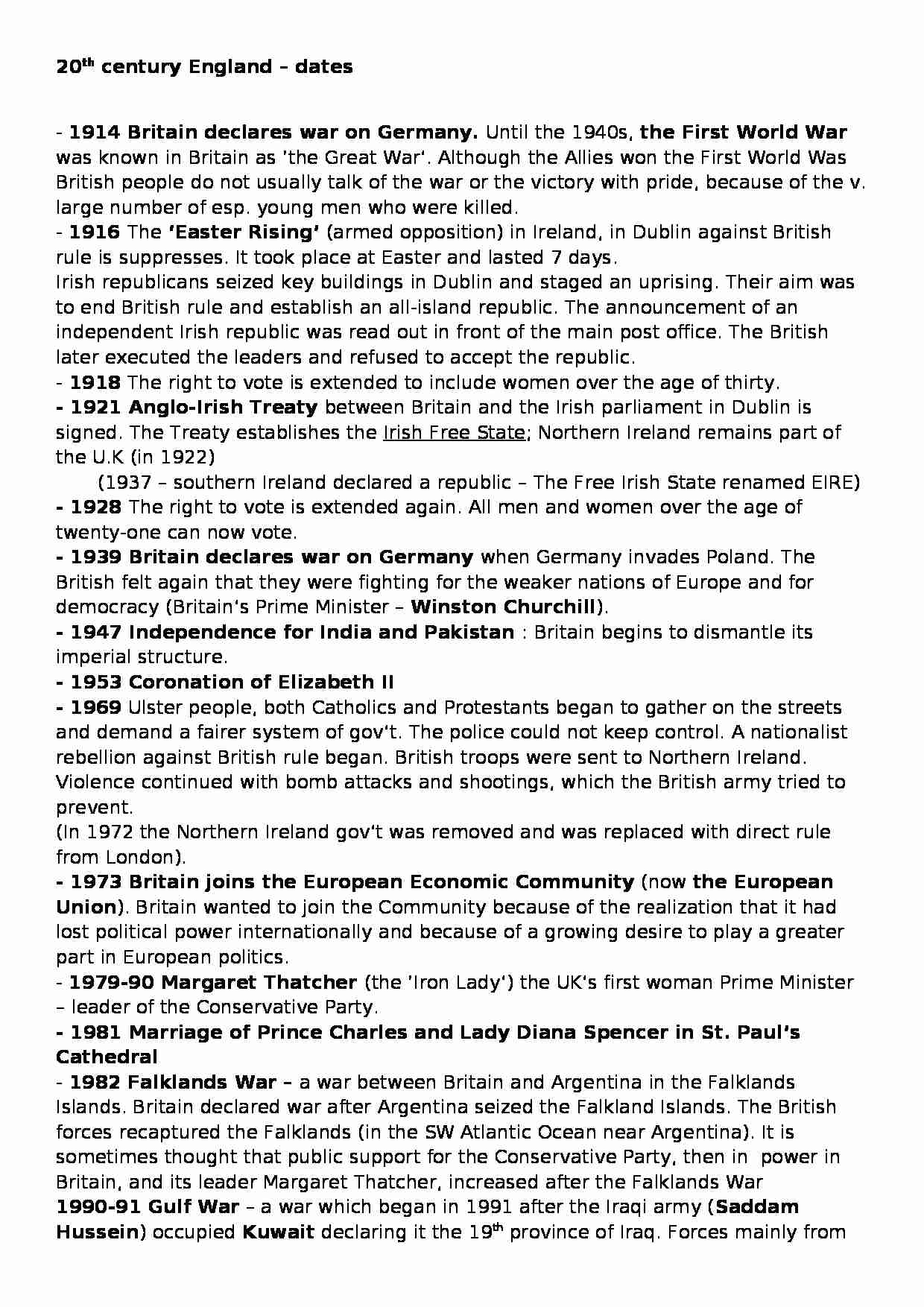 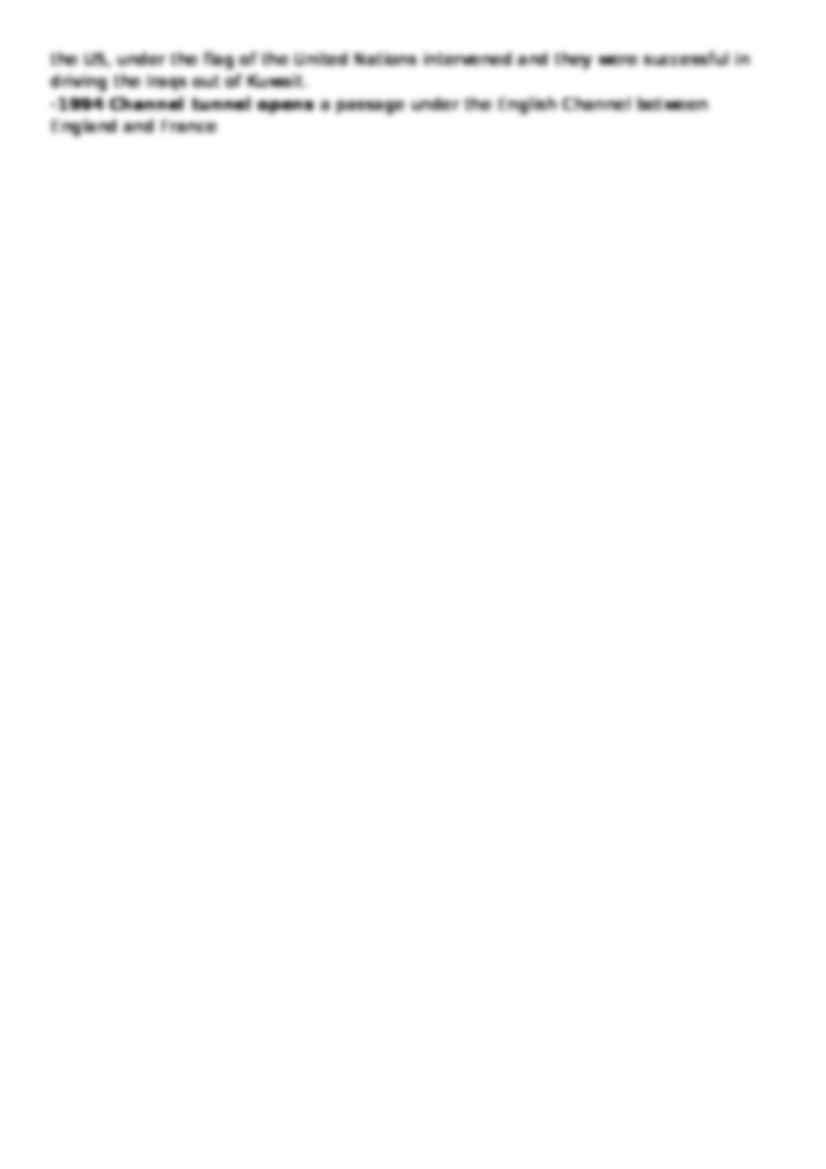 20th century England - dates
- 1914 Britain declares war on Germany. Until the 1940s, the First World War was known in Britain as `the Great War'. Although the Allies won the First World Was British people do not usually talk of the war or the victory with pride, because of the v. large number of esp. young men who were killed. - 1916 The `Easter Rising' (armed opposition) in Ireland, in Dublin against British rule is suppresses. It took place at Easter and lasted 7 days. Irish republicans seized key buildings in Dublin and staged an uprising. Their aim was to end British rule and establish an all-island republic. The announcement of an independent Irish republic was read out in front of the main post office. The British later executed the leaders and refused to accept the republic. - 1918 The right to vote is extended to include women over the age of thirty. - 1921 Anglo-Irish Treaty between Britain and the Irish parliament in Dublin is signed. The Treaty establishes the Irish Free State; Northern Ireland remains part of the U.K (in 1922) (1937 - southern Ireland declared a republic - The Free Irish State renamed EIRE) - 1928 The right to vote is extended again. All men and women over the age of twenty-one can now vote. - 1939 Britain declares war on Germany when Germany invades Poland. The British felt again that they were fighting for the weaker nations of Europe and for democracy (Britain's Prime Minister - Winston Churchill). - 1947 Independence for India and Pakistan : Britain begins to dismantle its imperial structure. - 1953 Coronation of Elizabeth II - 1969 Ulster people, both Catholics and Protestants began to gather on the streets and demand a fairer system of gov't. The police could not keep control. A nationalist rebellion against British rule began. British troops were sent to Northern Ireland. Violence continued with bomb attacks and shootings, which the British army tried to prevent. (In 1972 the Northern Ireland gov't was removed and was replaced with direct rule from London). - 1973 Britain joins the European Economic Community (now the European Union). Britain wanted to join the Community because of the realization that it had lost political power internationally and because of a growing desire to play a greater part in European politics. - 1979-90 Margaret Thatcher (the `Iron Lady') the UK's first woman Prime Minister - leader of the Conservative Party. - 1981 Marriage of Prince Charles and Lady Diana Spencer in St. Paul's Cathedral - 1982 Falklands War - a war between Britain and Argentina in the Falklands Islands. Britain declared war after Argentina seized the Falkland Islands. The British forces recaptured the Falklands (in the SW Atlantic Ocean near Argentina). It is sometimes thought that public support for the Conservative Party, then in power in Britain, and its leader Margaret Thatcher, increased after the Falklands War 1990-91 Gulf War - a war which began in 1991 after the Iraqi army ( ... zobacz całą notatkę

Geography of the British Isles 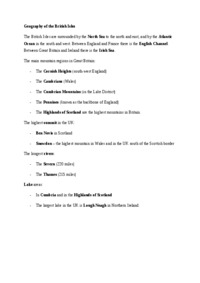