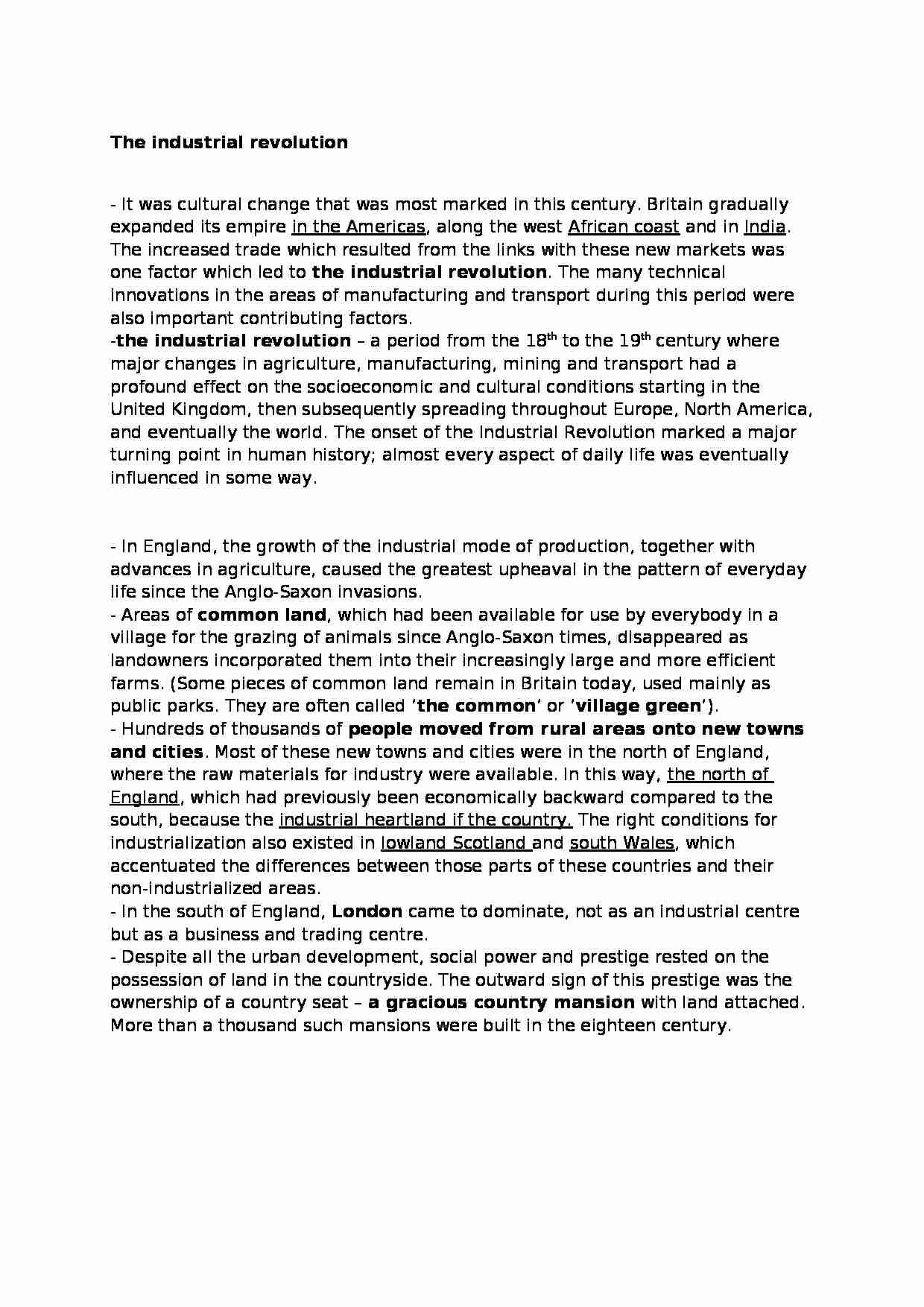 The industrial revolution
- It was cultural change that was most marked in this century. Britain gradually expanded its empire in the Americas, along the west African coast and in India. The increased trade which resulted from the links with these new markets was one factor which led to the industrial revolution. The many technical innovations in the areas of manufacturing and transport during this period were also important contributing factors. -the industrial revolution - a period from the 18th to the 19th century where major changes in agriculture, manufacturing, mining and transport had a profound effect on the socioeconomic and cultural conditions starting in the United Kingdom, then subsequently spreading throughout Europe, North America, and eventually the world. The onset of the Industrial Revolution marked a major turning point in human history; almost every aspect of daily life was eventually influenced in some way. - In England, the growth of the industrial mode of production, together with advances in agriculture, caused the greatest upheaval in the pattern of everyday life since the Anglo-Saxon invasions. - Areas of common land, which had been available for use by everybody in a village for the grazing of animals since Anglo-Saxon times, disappeared as landowners incorporated them into their increasingly large and more efficient farms. (Some pieces of common land remain in Britain today, used mainly as public parks. They are often called `the common' or `village green'). - Hundreds of thousands of people moved from rural areas onto new towns and cities. Most of these new towns and cities were in the north of England, where the raw materials for industry were available. In this way, the north of England, which had previously been economically backward compared to the south, because the industrial heartland if the country. The right conditions for industrialization also existed in lowland Scotland and south Wales, which accentuated the differences between those parts of these countries and their non-industrialized areas. - In the south of England, London came to dominate, not as an industrial centre but as a business and trading centre. - Despite all the urban development, social power and prestige rested on the possession of land in the countryside. The outward sign of this prestige was the ownership of a country seat - a gracious country mansion with land attached. More than a thousand such mansions were built in the eighteen century. ... zobacz całą notatkę

The Glorious Revolution in England 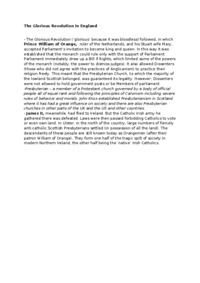