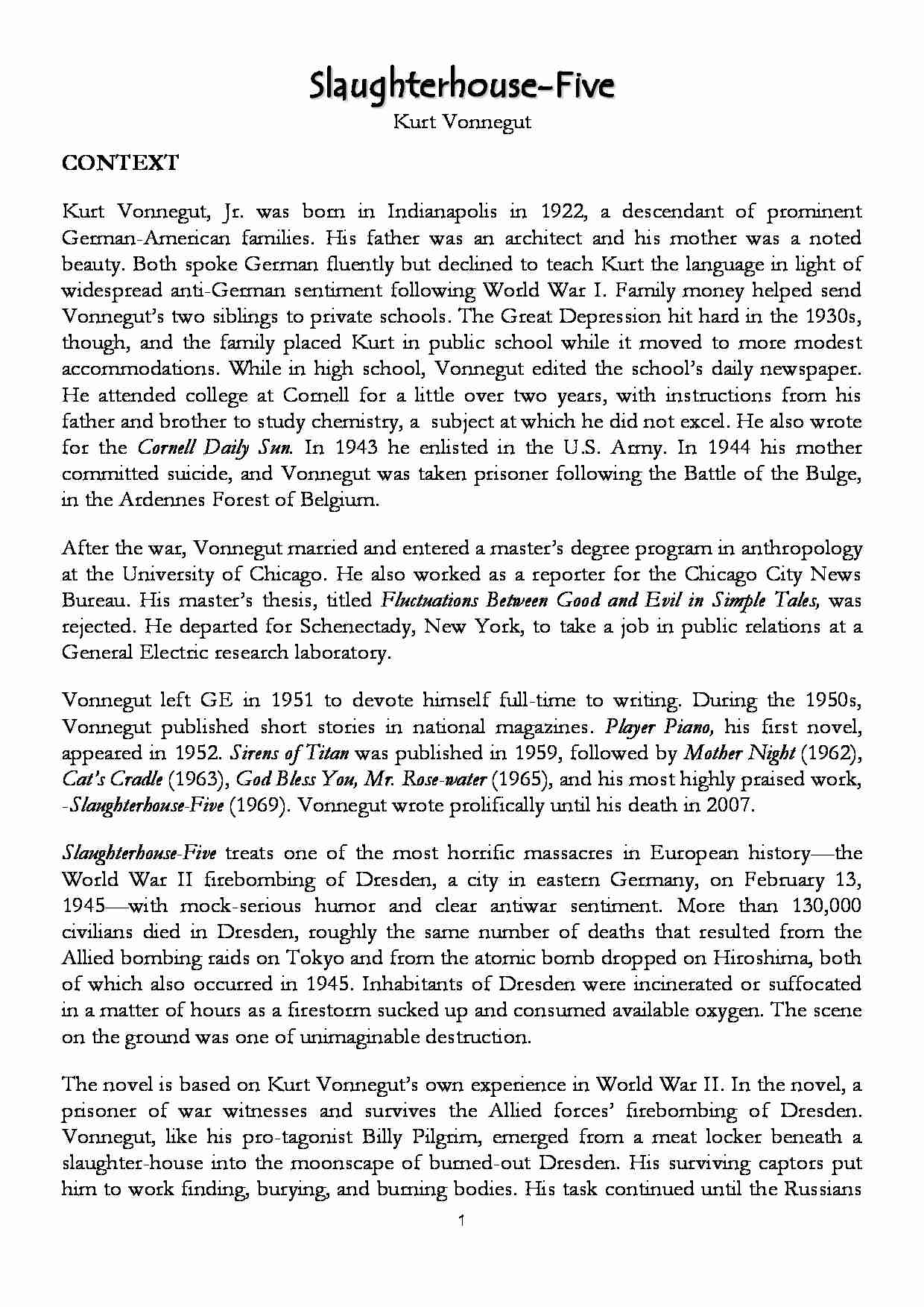 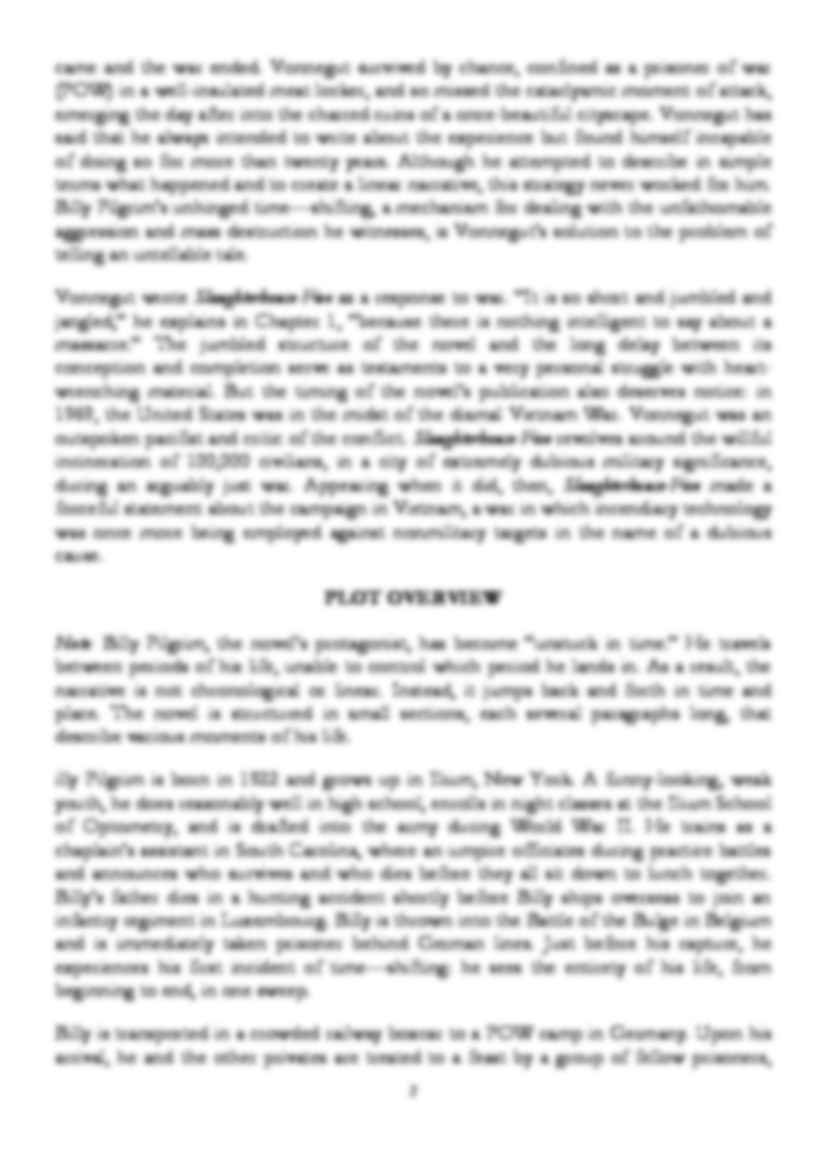 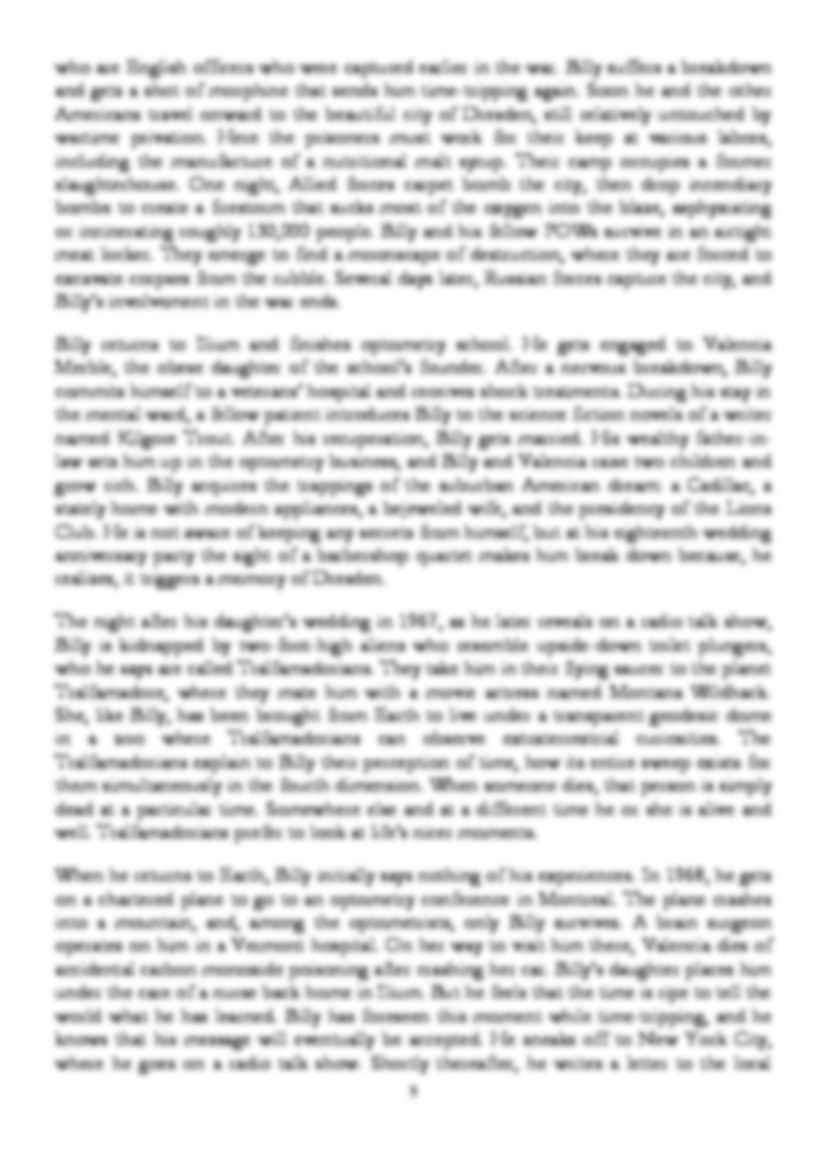 Slaughterhouse-Five
Kurt Vonnegut
Context
Kurt Vonnegut, Jr. was born in Indianapolis in 1922, a descendant of prominent German-American families. His father was an architect and his mother was a noted beauty. Both spoke German fluently but declined to teach Kurt the language in light of widespread anti-German sentiment following World War I. Family money helped send Vonnegut's two siblings to private schools. The Great Depression hit hard in the 1930s, though, and the family placed Kurt in public school while it moved to more modest accommodations. While in high school, Vonnegut edited the school's daily newspaper. He attended college at Cornell for a little over two years, with instructions from his father and brother to study chemistry, a  subject at which he did not excel. He also wrote for the Cornell Daily Sun. In 1943 he enlisted in the U.S. Army. In 1944 his mother committed suicide, and Vonnegut was taken prisoner following the Battle of the Bulge, in the Ardennes Forest of Belgium.
After the war, Vonnegut married and entered a master's degree program in anthropology at the University of Chicago. He also worked as a reporter for the Chicago City News Bureau. His master's thesis, titled Fluctuations Between Good and Evil in Simple Tales, was rejected. He departed for Schenectady, New York, to take a job in public relations at a General Electric research laboratory.
Vonnegut left GE in 1951 to devote himself full-time to writing. During the 1950s, Vonnegut published short stories in national magazines. Player Piano, his first novel, appeared in 1952. Sirens of Titan was published in 1959, followed by Mother Night (1962), Cat's Cradle (1963), God Bless You, Mr. Rose-water (1965), and his most highly praised work, -Slaughterhouse-Five (1969). Vonnegut wrote prolifically until his death in 2007.
Slaughterhouse-Five treats one of the most horrific massacres in European history—the World War II firebombing of Dresden, a city in eastern Germany, on February 13, 1945—with mock-serious humor and clear antiwar sentiment. More than 130,000 civilians died in Dresden, roughly the same number of deaths that resulted from the Allied bombing raids on Tokyo and from the atomic bomb dropped on Hiroshima, both of which also occurred in 1945. Inhabitants of Dresden were incinerated or suffocated in a matter of hours as a firestorm sucked up and consumed available oxygen. The scene on the ground was one of unimaginable destruction.
The novel is based on Kurt Vonnegut's own experience in World War II. In the novel, a prisoner of war witnesses and survives the Allied forces' firebombing of Dresden. Vonnegut, like his pro-tagonist Billy Pilgrim, emerged from a meat locker beneath a slaughter-house into the moonscape of burned-out Dresden. His surviving captors put him to work finding, burying, and burning bodies. His task continued until the Russians came and the war ended. Vonnegut survived by chance, confined as a prisoner of war (POW) in a well-insulated meat locker, and so missed the cataclysmic moment of attack, emerging the day after into the charred ruins of a once-beautiful cityscape. Vonnegut has said that he always intended to write about the experience but found himself incapable of doing so for more than twenty years. Although he attempted to describe in simple terms what happened and to create a linear narrative, this strategy never worked for him. Billy Pilgrim's unhinged time—shifting, a mechanism for dealing with the unfathomable aggression and mass destruction he witnesses, is Vonnegut's solution to the problem of telling an untellable tale.
... zobacz całą notatkę 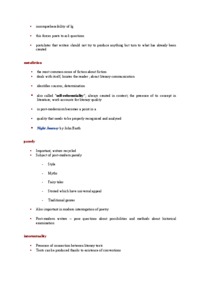 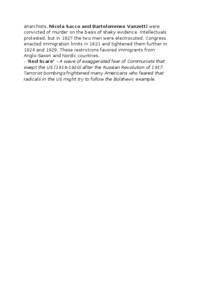 A Farewell to Arms - opracowanie 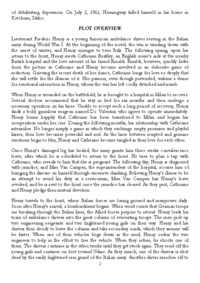