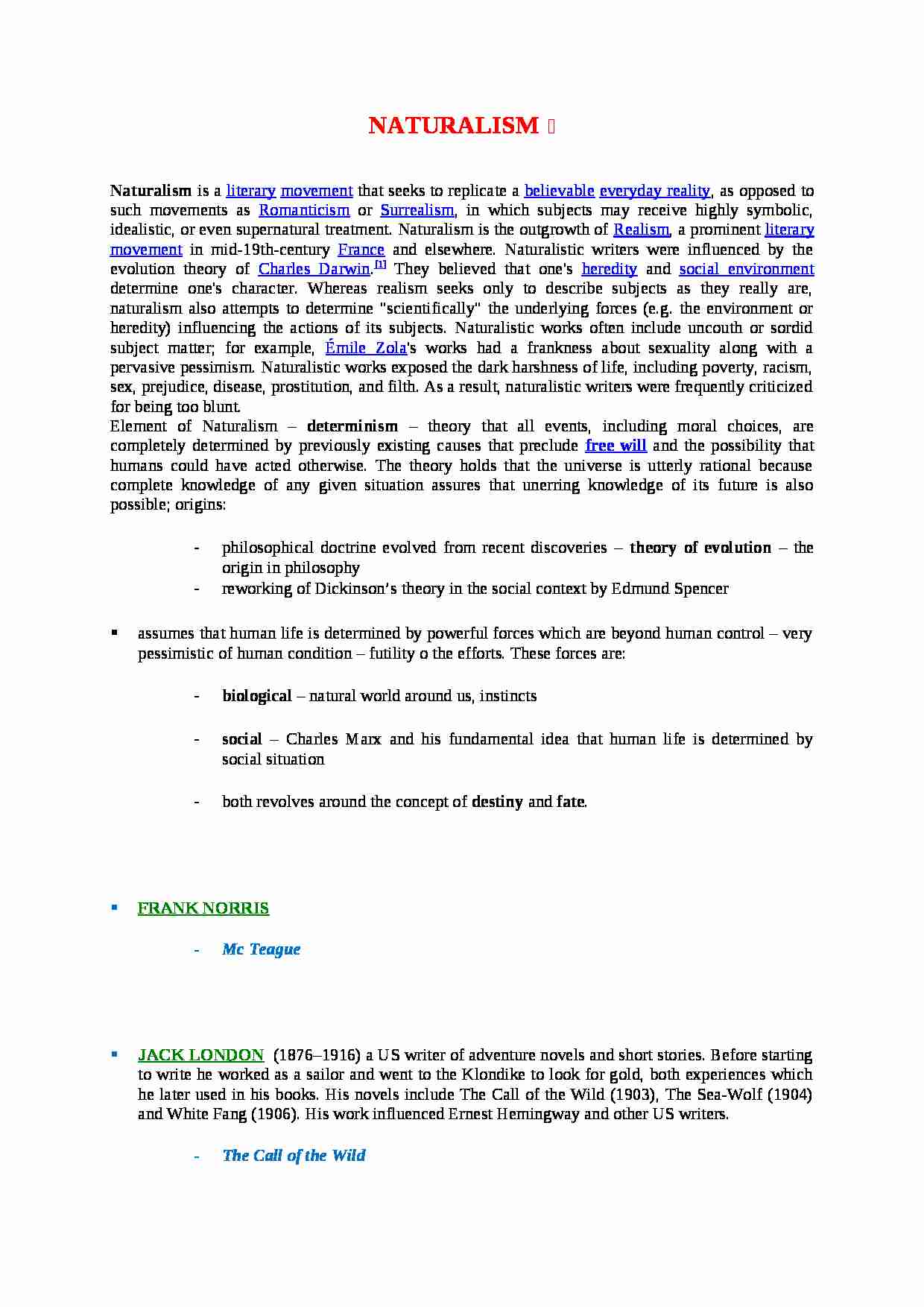 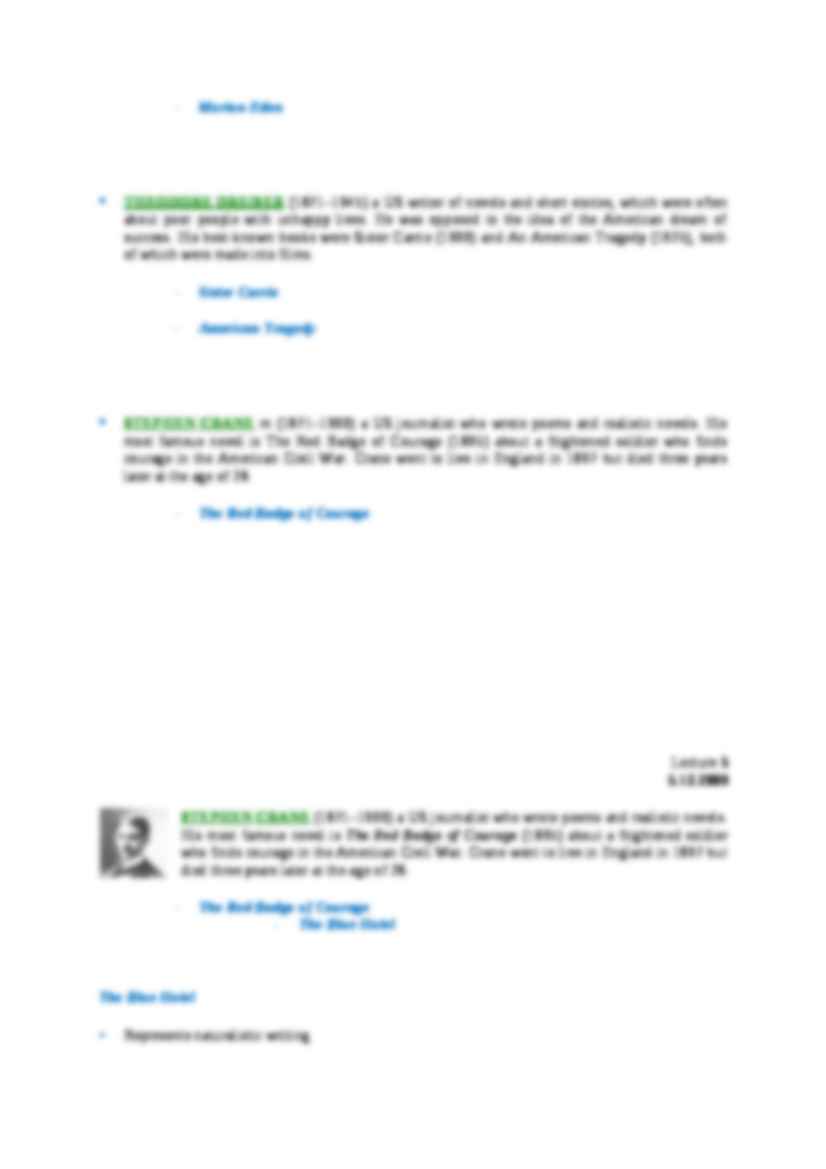 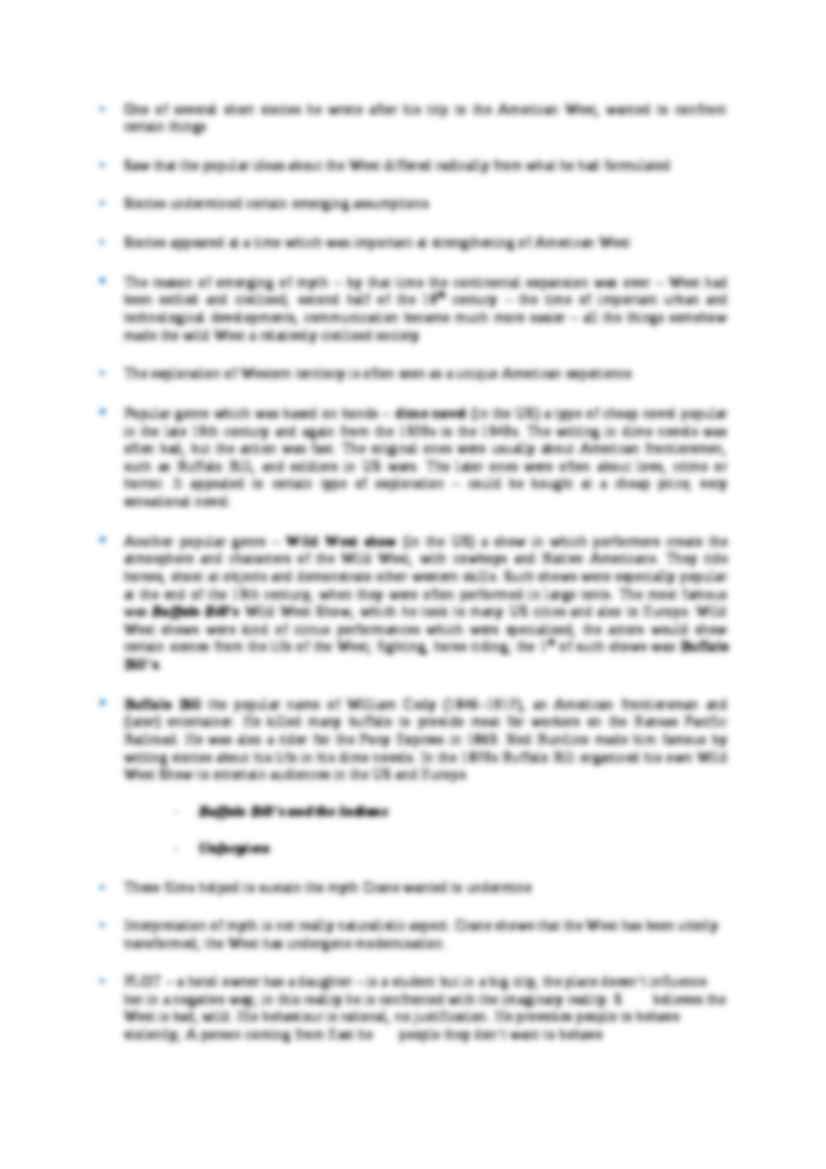 Naturalism Naturalism is a literary movement that seeks to replicate a believable everyday reality, as opposed to such movements as Romanticism or Surrealism, in which subjects may receive highly symbolic, idealistic, or even supernatural treatment. Naturalism is the outgrowth of Realism, a prominent literary movement in mid-19th-century France and elsewhere. Naturalistic writers were influenced by the evolution theory of Charles Darwin.[1] They believed that one's heredity and social environment determine one's character. Whereas realism seeks only to describe subjects as they really are, naturalism also attempts to determine "scientifically" the underlying forces (e.g. the environment or heredity) influencing the actions of its subjects. Naturalistic works often include uncouth or sordid subject matter; for example, Émile Zola's works had a frankness about sexuality along with a pervasive pessimism. Naturalistic works exposed the dark harshness of life, including poverty, racism, sex, prejudice, disease, prostitution, and filth. As a result, naturalistic writers were frequently criticized for being too blunt.
Element of Naturalism - determinism - theory that all events, including moral choices, are completely determined by previously existing causes that preclude free will and the possibility that humans could have acted otherwise. The theory holds that the universe is utterly rational because complete knowledge of any given situation assures that unerring knowledge of its future is also possible; origins:
philosophical doctrine evolved from recent discoveries - theory of evolution - the origin in philosophy
reworking of Dickinson's theory in the social context by Edmund Spencer
assumes that human life is determined by powerful forces which are beyond human control - very pessimistic of human condition - futility o the efforts. These forces are:
biological - natural world around us, instincts
social - Charles Marx and his fundamental idea that human life is determined by social situation
both revolves around the concept of destiny and fate.
Frank Norris
Mc Teague
Jack London (1876-1916) a US writer of adventure novels and short stories. Before starting to write he worked as a sailor and went to the Klondike to look for gold, both experiences which he later used in his books. His novels include The Call of the Wild (1903), The Sea-Wolf (1904) and White Fang (1906). His work influenced Ernest Hemingway and other US writers.
The Call of the Wild
Morton Eden
Theodore Dreiser (1871-1945) a US writer of novels and short stories, which were often about poor people with unhappy lives. He was opposed to the idea of the American dream of success. His best-known books were Sister Carrie (1900) and An American Tragedy (1925), both of which were made into films.

… writing in dime novels was often bad, but the action was fast. The original ones were usually about American frontiersmen, such as Buffalo Bill, and soldiers in US wars. The later ones were often about love, crime or horror. It appealed to certain type of exploration - could be bought at a cheap price; very sensational novel Another popular genre - Wild West show (in the US) a show in which performers…
... zobacz całą notatkę 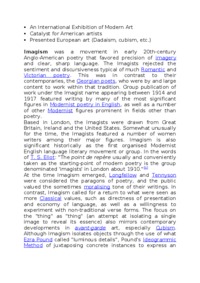 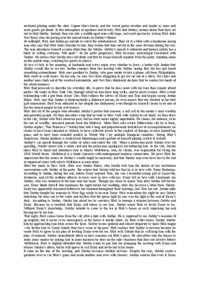 The Souls of Black Folk-opracowanie 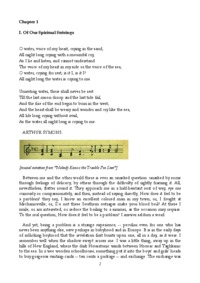