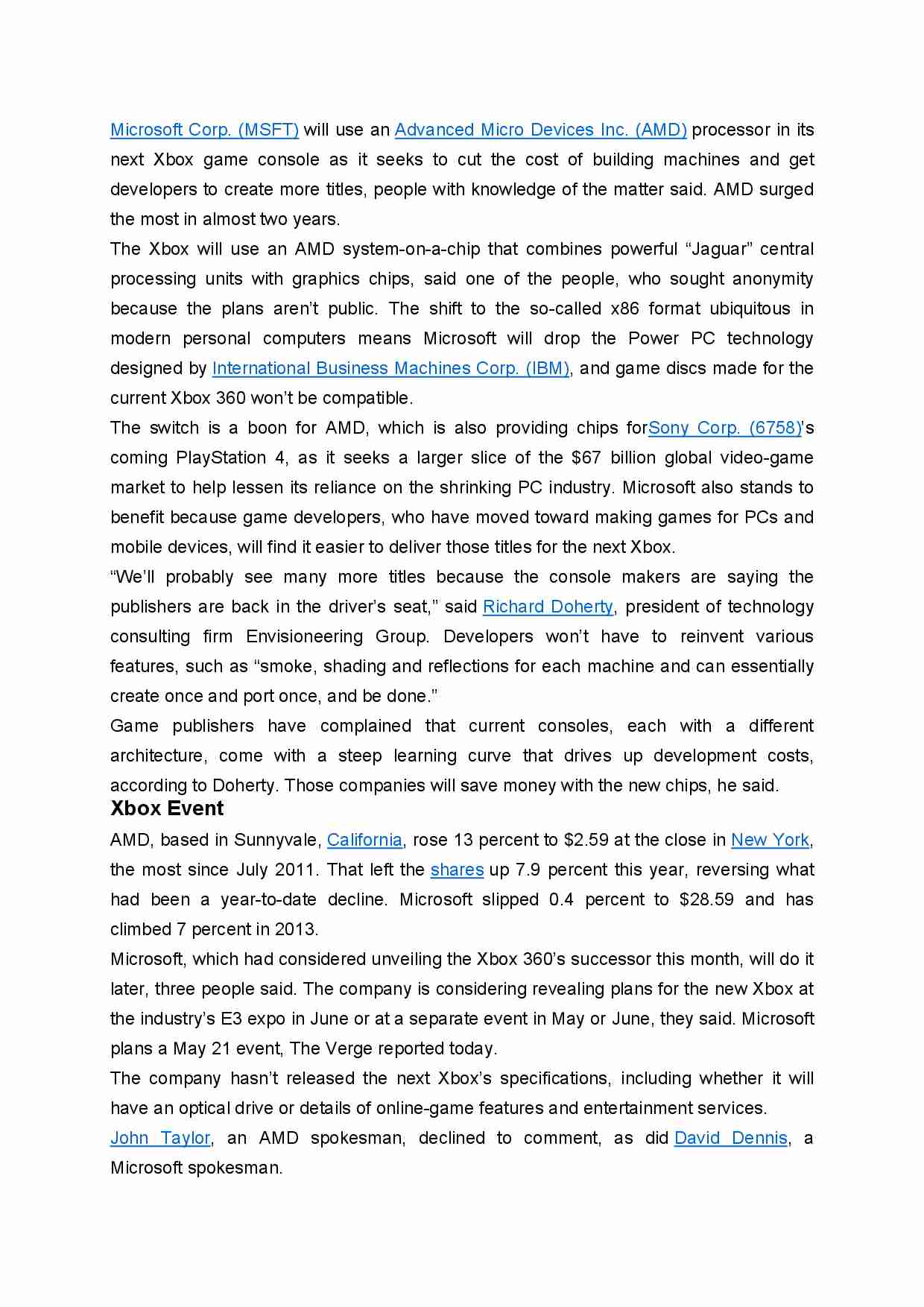 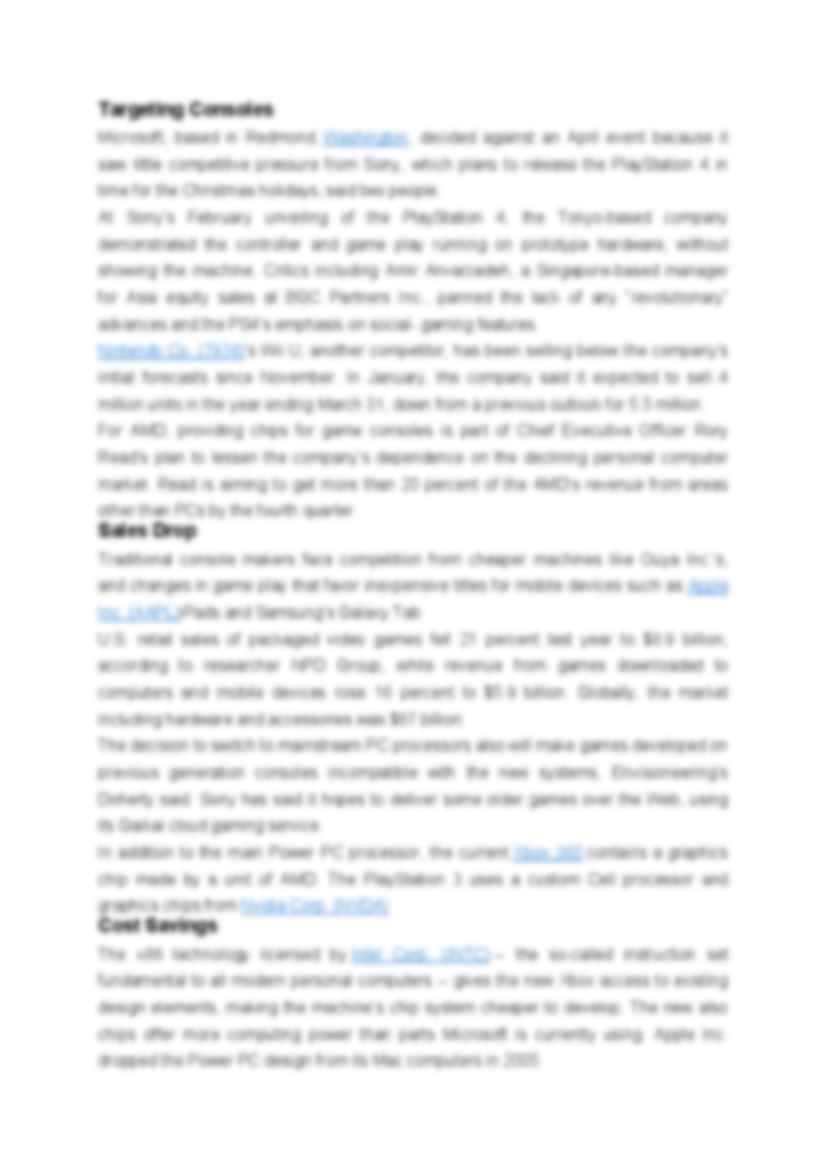 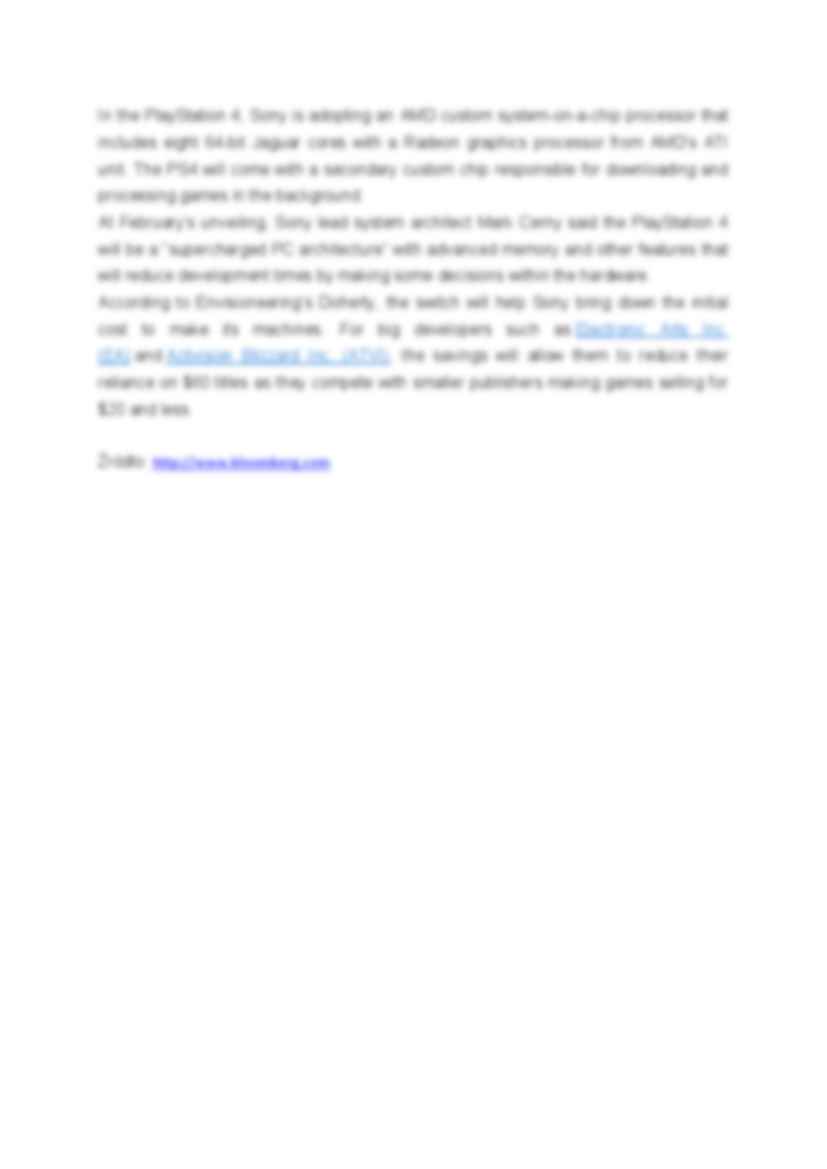 Microsoft Corp. (MSFT)  will use an  Advanced Micro Devices Inc. (AMD)  processor in its next Xbox game console as it seeks to cut the cost of building machines and get developers to create more titles, people with knowledge of the matter said. AMD surged the most in almost two years. The Xbox will use an AMD system-on-a-chip that combines powerful “Jaguar” central processing units with graphics chips, said one of the people, who sought anonymity because the plans aren't public. The shift to the so-called x86 format ubiquitous in modern personal computers means Microsoft will drop the Power PC technology designed by  International Business Machines Corp. (IBM) , and game discs made for the current Xbox 360 won't be compatible. The switch is a boon for AMD, which is also providing chips for Sony Corp. (6758) 's coming PlayStation 4, as it seeks a larger slice of the $67 billion global video-game market to help lessen its reliance on the shrinking PC industry. Microsoft also stands to benefit because game developers, who have moved toward making games for PCs and mobile devices, will find it easier to deliver those titles for the next Xbox. “ We'll probably see many more titles because the console makers are saying the publishers are back in the driver's seat,” said  Richard Doherty , president of technology consulting firm Envisioneering Group. Developers won't have to reinvent various features, such as “smoke, shading and reflections for each machine and can essentially create once and port once, and be done.” Game publishers have complained that current consoles, each with a different architecture, come with a steep learning curve that drives up development costs, according to Doherty. Those companies will save money with the new chips, he said. Xbox Event AMD, based in Sunnyvale,  California , rose 13 percent to $2.59 at the close in  New York , the most since July 2011. That left the  shares  up 7.9 percent this year, reversing what had been a year-to-date decline. Microsoft slipped 0.4 percent to $28.59 and has climbed 7 percent in 2013. Microsoft, which had considered unveiling the Xbox 360's successor this month, will do it later, three people said. The company is considering revealing plans for the new Xbox at the industry's E3 expo in June or at a separate event in May or June, they said. Microsoft plans a May 21 event, The Verge reported today. The company hasn't released the next Xbox's specifications, including whether it will have an optical drive or details of online-game features and entertainment services. John Taylor , an AMD spokesman, declined to comment, as did  David Dennis , a Microsoft spokesman. Targeting Consoles Microsoft, based in Redmond,  Washington , decided against an April event because it saw little competitive pressure from Sony, which plans to release the PlayStation 4 in time for the Christmas holidays, said two people.

…. retail sales of packaged video games fell 21 percent last year to $8.9 billion, according to researcher NPD Group, while revenue from games downloaded to computers and mobile devices rose 16 percent to $5.9 billion. Globally, the market including hardware and accessories was $67 billion.
The decision to switch to mainstream PC processors also will make games developed on previous generation consoles…
... zobacz całą notatkę 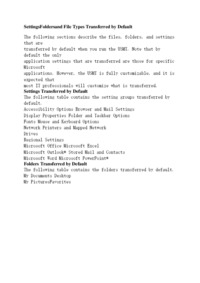 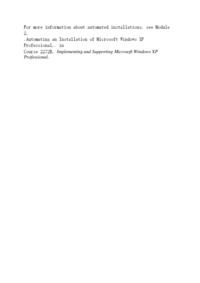 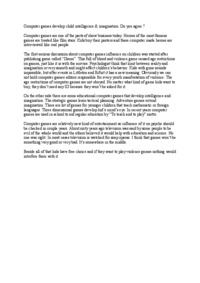