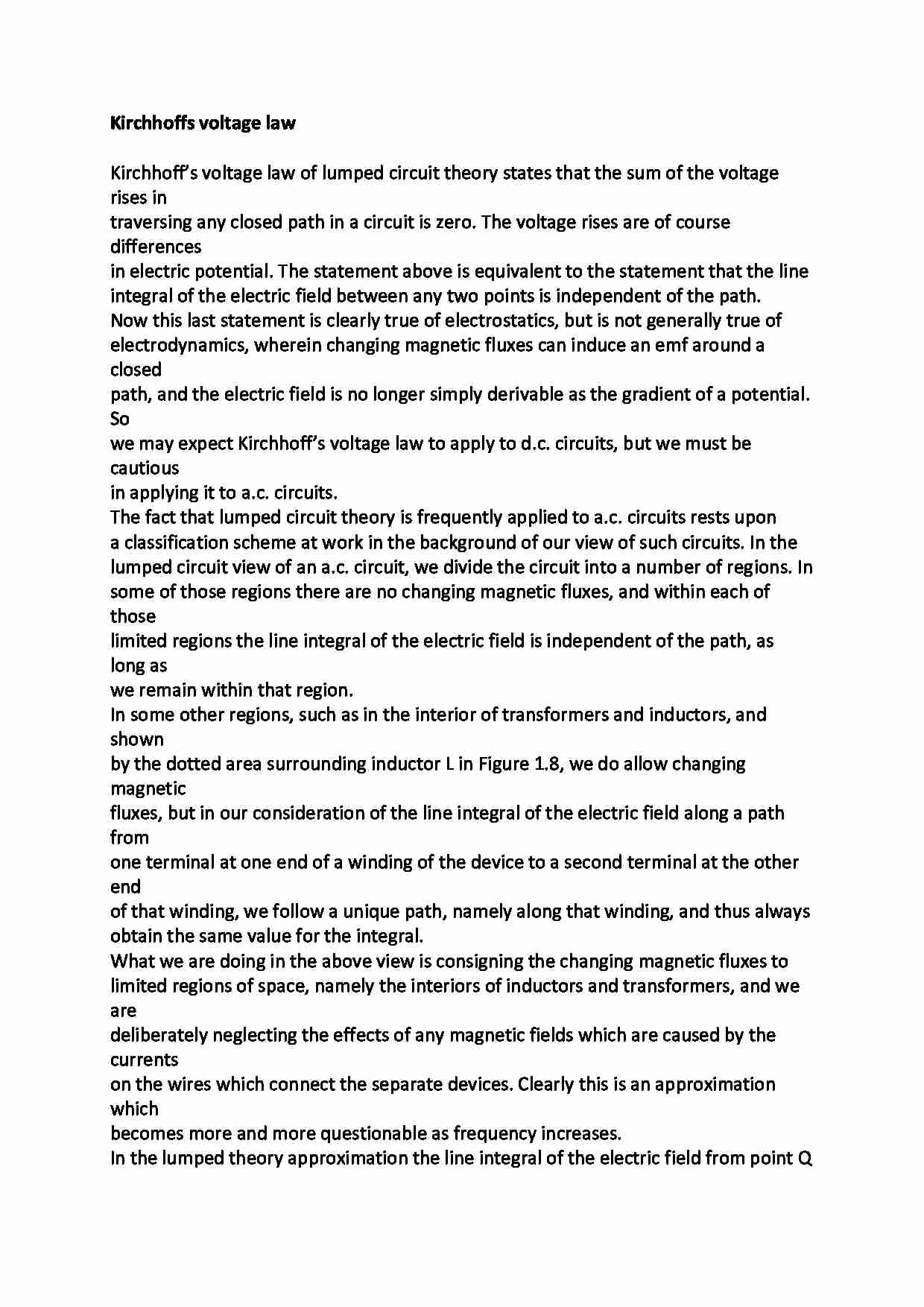 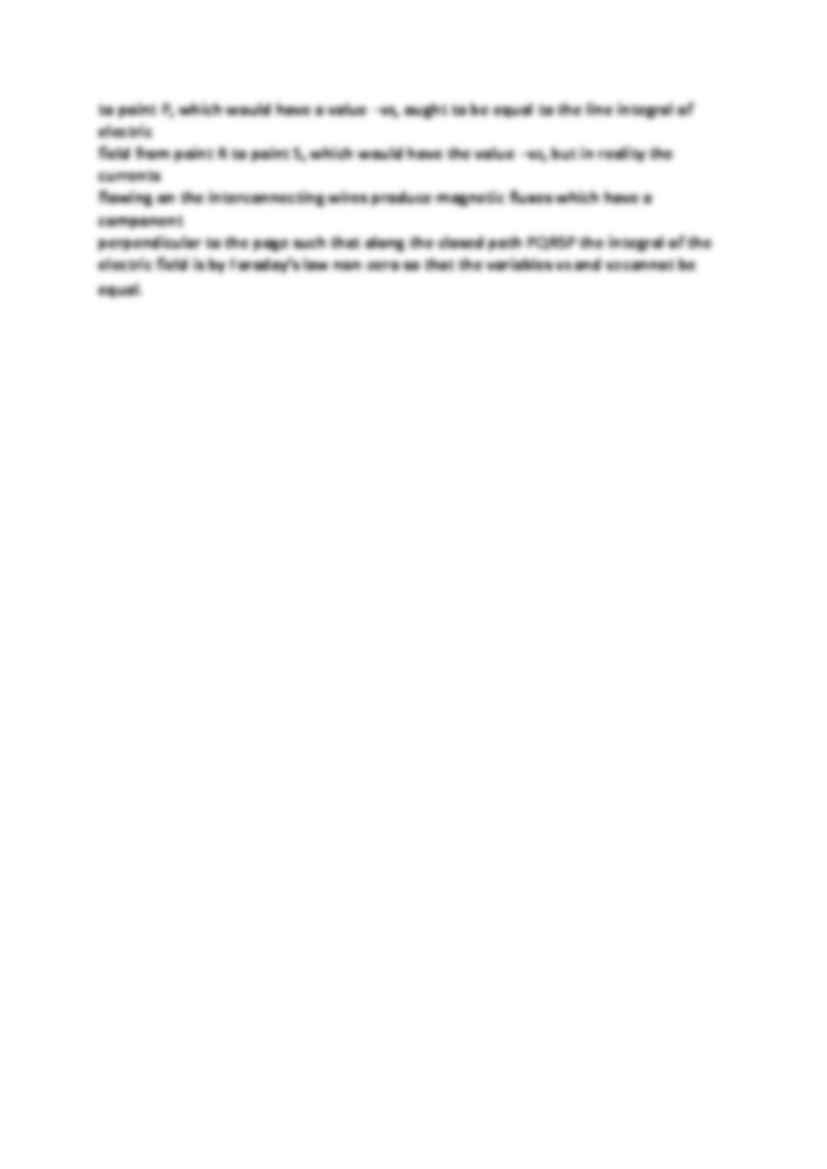 Kirchho ff s voltage law Kirchhoff's voltage law of lumped circuit theory states that the sum of the voltage rises in
traversing any closed path in a circuit is zero. The voltage rises are of course differences
in electric potential. The statement above is equivalent to the statement that the line
integral of the electric field between any two points is independent of the path.
Now this last statement is clearly true of electrostatics, but is not generally true of
electrodynamics, wherein changing magnetic fluxes can induce an emf around a closed
path, and the electric field is no longer simply derivable as the gradient of a potential. So
we may expect Kirchhoff's voltage law to apply to d.c. circuits, but we must be cautious
in applying it to a.c. circuits.
The fact that lumped circuit theory is frequently applied to a.c. circuits rests upon
a classification scheme at work in the background of our view of such circuits. In the
lumped circuit view of an a.c. circuit, we divide the circuit into a number of regions. In some of those regions there are no changing magnetic fluxes, and within each of those
limited regions the line integral of the electric field is independent of the path, as long as
we remain within that region.
In some other regions, such as in the interior of transformers and inductors, and shown
by the dotted area surrounding inductor L in Figure 1.8, we do allow changing magnetic
fluxes, but in our consideration of the line integral of the electric field along a path from
one terminal at one end of a winding of the device to a second terminal at the other end
of that winding, we follow a unique path, namely along that winding, and thus always
obtain the same value for the integral.
What we are doing in the above view is consigning the changing magnetic fluxes to
limited regions of space, namely the interiors of inductors and transformers, and we are
deliberately neglecting the effects of any magnetic fields which are caused by the currents
on the wires which connect the separate devices. Clearly this is an approximation which
becomes more and more questionable as frequency increases.
In the lumped theory approximation the line integral of the electric field from point Q
to point P, which would have a value −v1, ought to be equal to the line integral of electric
field from point R to point S, which would have the value −v2, but in reality the currents
flowing on the interconnecting wires produce magnetic fluxes which have a component
perpendicular to the page such that along the closed path PQRSP the integral of the
electric field is by Faraday's law non-zero so that the variables v1 and v2 cannot be equal.
... zobacz całą notatkę 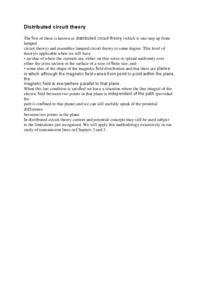 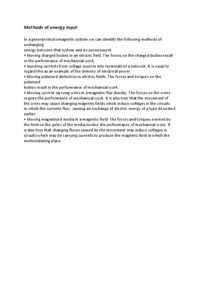 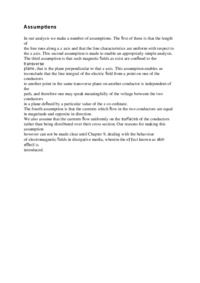