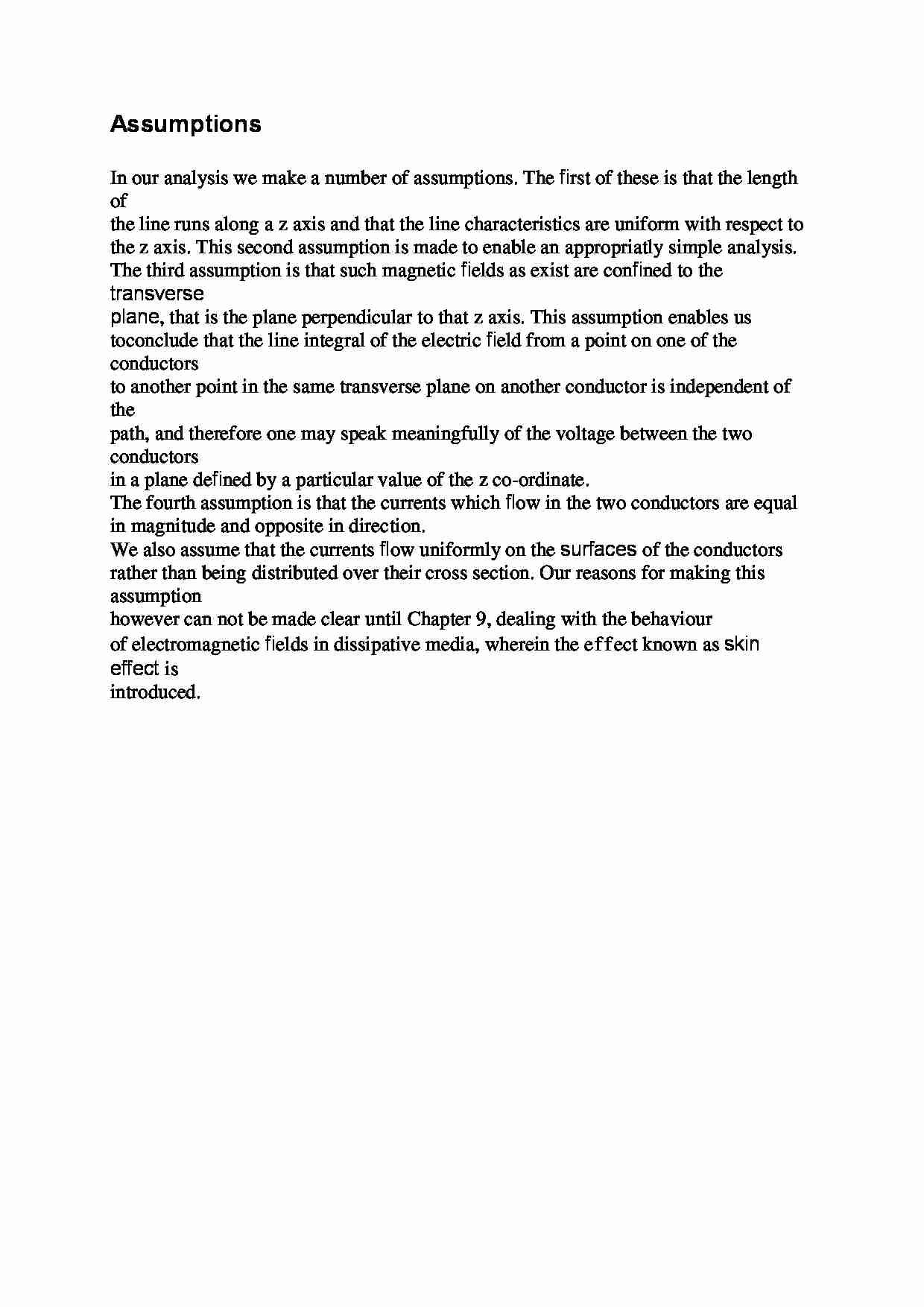 Assumptions In our analysis we make a number of assumptions. The first of these is that the length of
the line runs along a z axis and that the line characteristics are uniform with respect to
the z axis. This second assumption is made to enable an appropriatly simple analysis.
The third assumption is that such magnetic fields as exist are confined to the transverse
plane, that is the plane perpendicular to that z axis. This assumption enables us to conclude that the line integral of the electric field from a point on one of the conductors
to another point in the same transverse plane on another conductor is independent of the
path, and therefore one may speak meaningfully of the voltage between the two conductors
in a plane defined by a particular value of the z co-ordinate.
The fourth assumption is that the currents which flow in the two conductors are equal
in magnitude and opposite in direction.
We also assume that the currents flow uniformly on the surfaces of the conductors
rather than being distributed over their cross section. Our reasons for making this assumption
however can not be made clear until Chapter 9, dealing with the behaviour
of electromagnetic fields in dissipative media, wherein the effect known as skin effect is
introduced.
... zobacz całą notatkę

Laws we can use - opracowanie 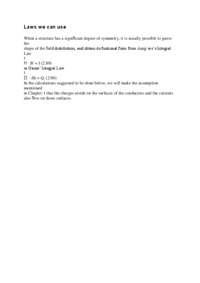 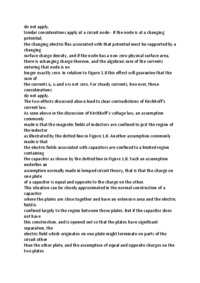 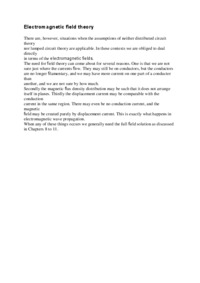