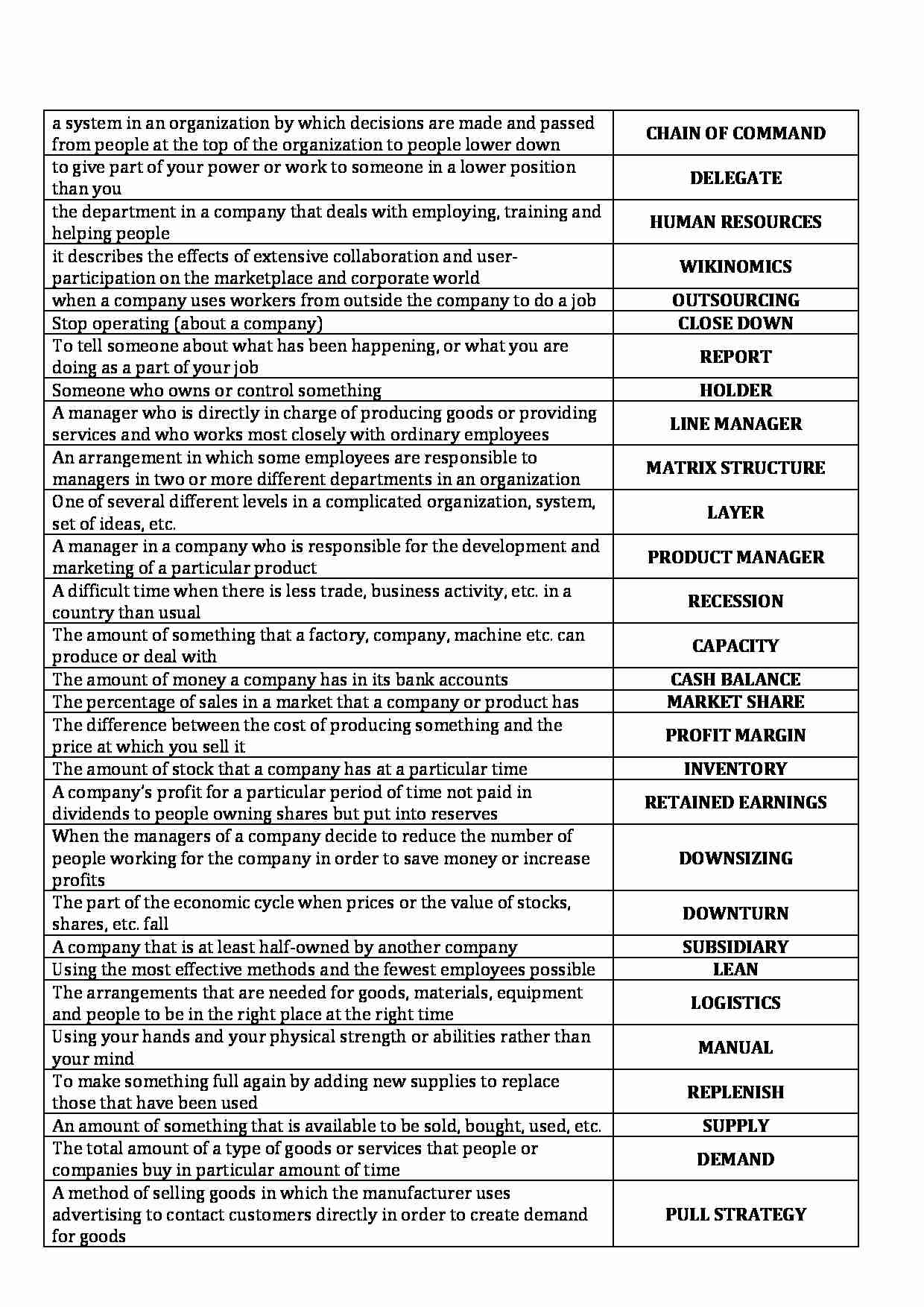 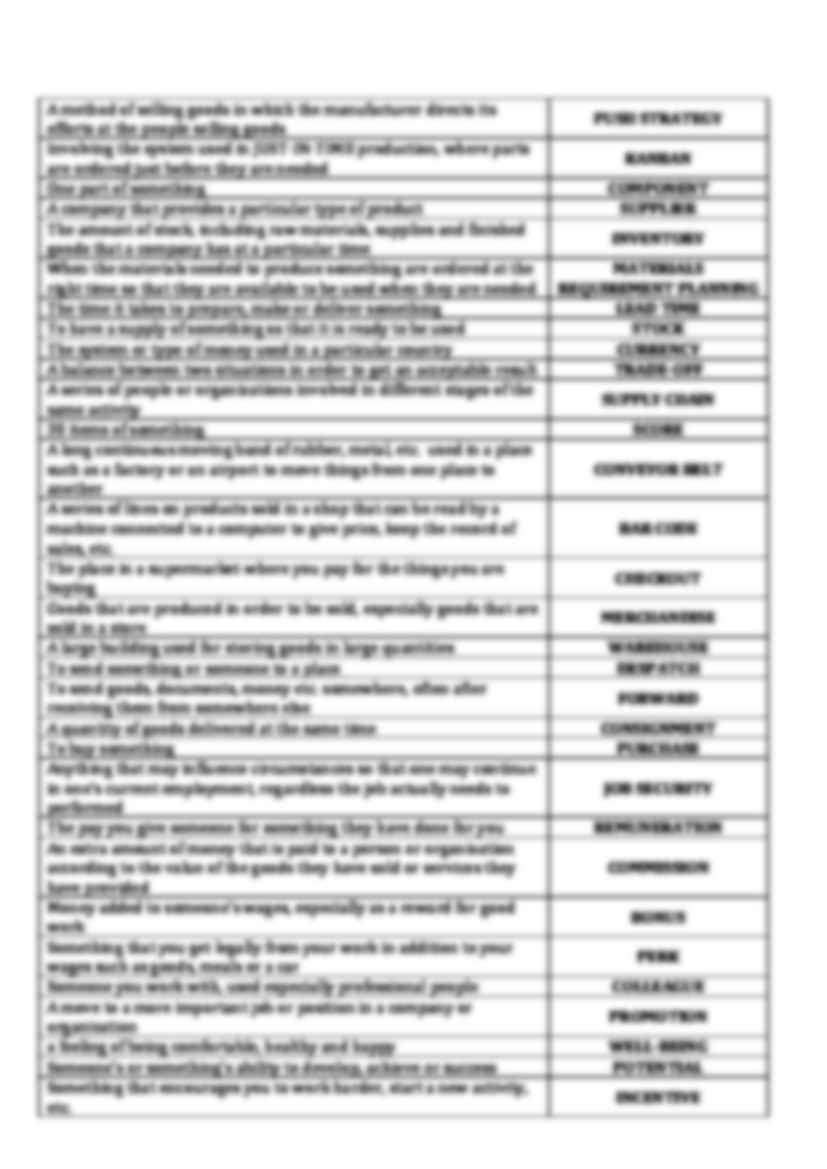 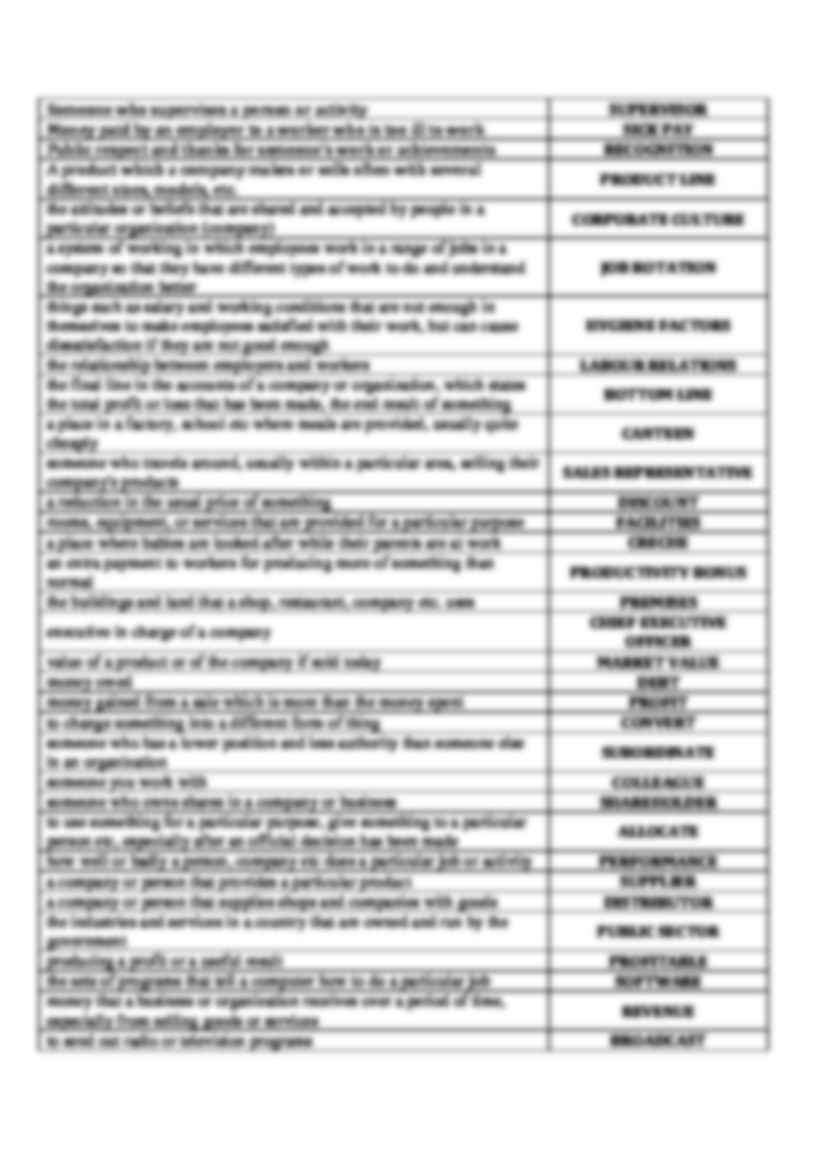 a system in an organization by which decisions are made and passed  from people at the top of the organization to people lower down  CHAIN OF COMMAND  to give part of your power or work to someone in a lower position  than you  DELEGATE  the department in a company that deals with employing, training and  helping people  HUMAN RESOURCES  it describes the effects of extensive collaboration and user- participation on the marketplace and corporate world  WIKINOMICS  when a company uses workers from outside the company to do a job  OUTSOURCING  Stop operating (about a company)  CLOSE DOWN  To tell someone about what has been happening, or what you are  doing as a part of your job  REPORT  Someone who owns or control something  HOLDER  A manager who is directly in charge of producing goods or providing  services and who works most closely with ordinary employees  LINE MANAGER  An arrangement in which some employees are responsible to  managers in two or more different departments in an organization  MATRIX STRUCTURE  One of several different levels in a complicated organization, system,  set of ideas, etc.  LAYER  A manager in a company who is responsible for the development and  marketing of a particular product  PRODUCT MANAGER  A difficult time when there is less trade, business activity, etc. in a  country than usual  RECESSION  The amount of something that a factory, company, machine etc. can  produce or deal with  CAPACITY  The amount of money a company has in its bank accounts  CASH BALANCE  The percentage of sales in a market that a company or product has  MARKET SHARE  The difference between the cost of producing something and the  price at which you sell it  PROFIT MARGIN  The amount of stock that a company has at a particular time  INVENTORY  A company’s profit for a particular period of time not paid in  dividends to people owning shares but put into reserves  RETAINED EARNINGS  When the managers of a company decide to reduce the number of  people working for the company in order to save money or increase  profits  DOWNSIZING  The part of the economic cycle when prices or the value of stocks,  shares, etc. fall  DOWNTURN  A company that is at least half-owned by another company  SUBSIDIARY  Using the most effective methods and the fewest employees possible  LEAN  The arrangements that are needed for goods, materials, equipment  and people to be in the right place at the right time  LOGISTICS  Using your hands and your physical strength or abilities rather than  your mind  MANUAL  To make something full again by adding new supplies to replace  those that have been used  REPLENISH

… record of
sales, etc.
The place in a supermarket where you pay for the things you are
buying
Goods that are produced in order to be sold, especially goods that are
sold in a store
A large building used for storing goods in large quantities
To send something or someone to a place
To send goods, documents, money etc. somewhere, often after
receiving them from somewhere else
A quantity of goods delivered…
... zobacz całą notatkę 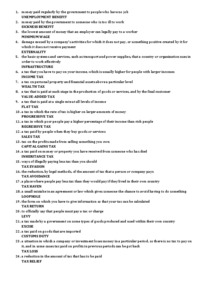 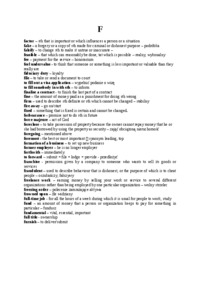 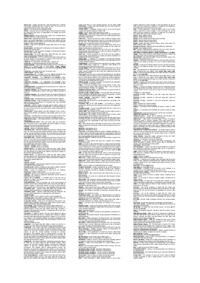