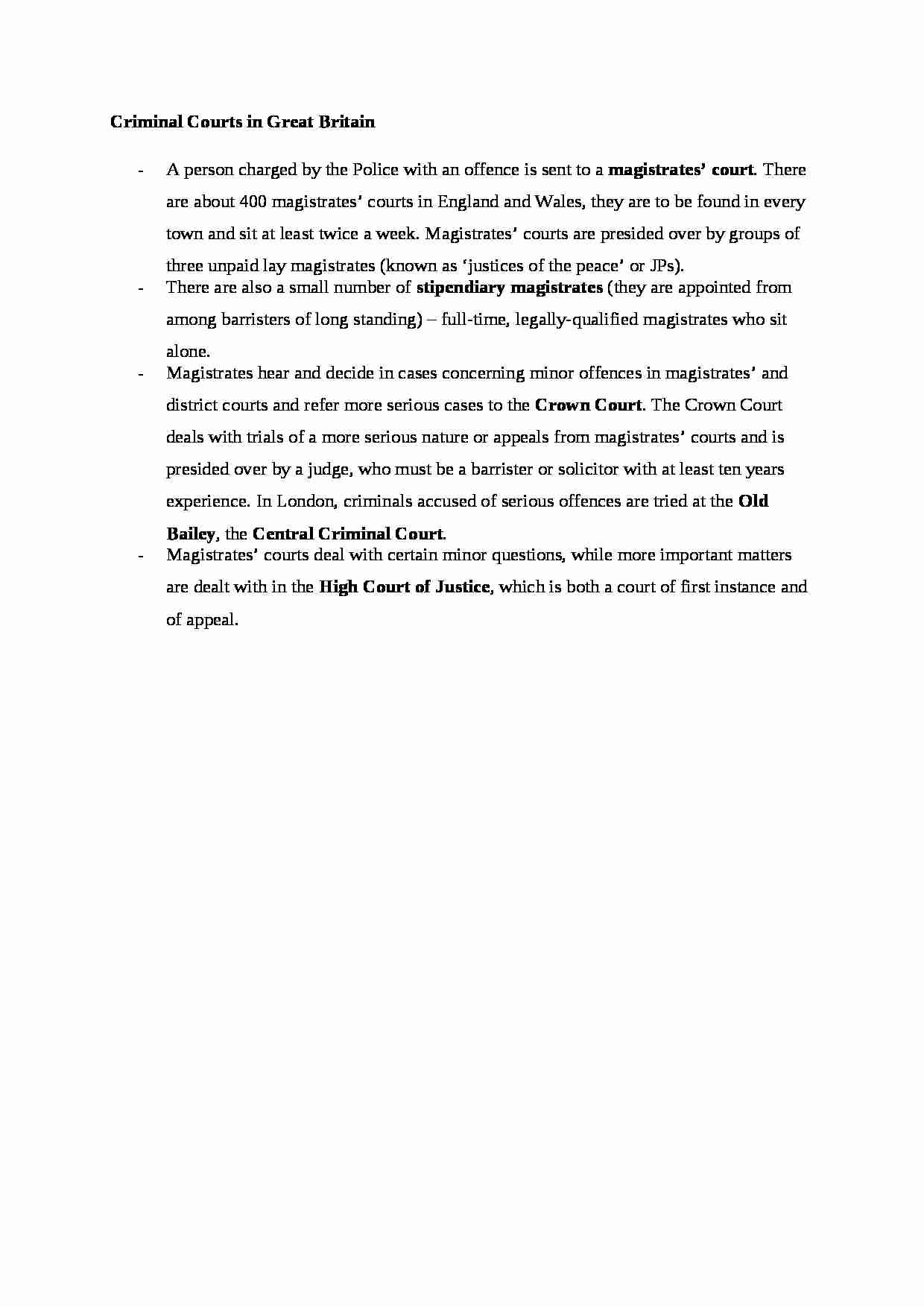 Criminal Courts in Great Britain
A person charged by the Police with an offence is sent to a magistrates' court. There are about 400 magistrates' courts in England and Wales, they are to be found in every town and sit at least twice a week. Magistrates' courts are presided over by groups of three unpaid lay magistrates (known as `justices of the peace' or JPs).
There are also a small number of stipendiary magistrates (they are appointed from among barristers of long standing) - full-time, legally-qualified magistrates who sit alone.
Magistrates hear and decide in cases concerning minor offences in magistrates' and district courts and refer more serious cases to the Crown Court. The Crown Court deals with trials of a more serious nature or appeals from magistrates' courts and is presided over by a judge, who must be a barrister or solicitor with at least ten years experience. In London, criminals accused of serious offences are tried at the Old Bailey, the Central Criminal Court.
Magistrates' courts deal with certain minor questions, while more important matters are dealt with in the High Court of Justice, which is both a court of first instance and of appeal.
... zobacz całą notatkę

The legal profession in the United Kingdom 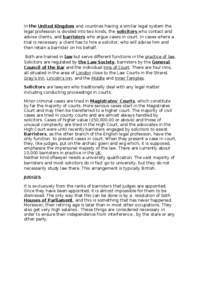 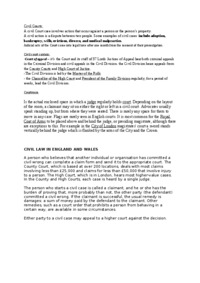