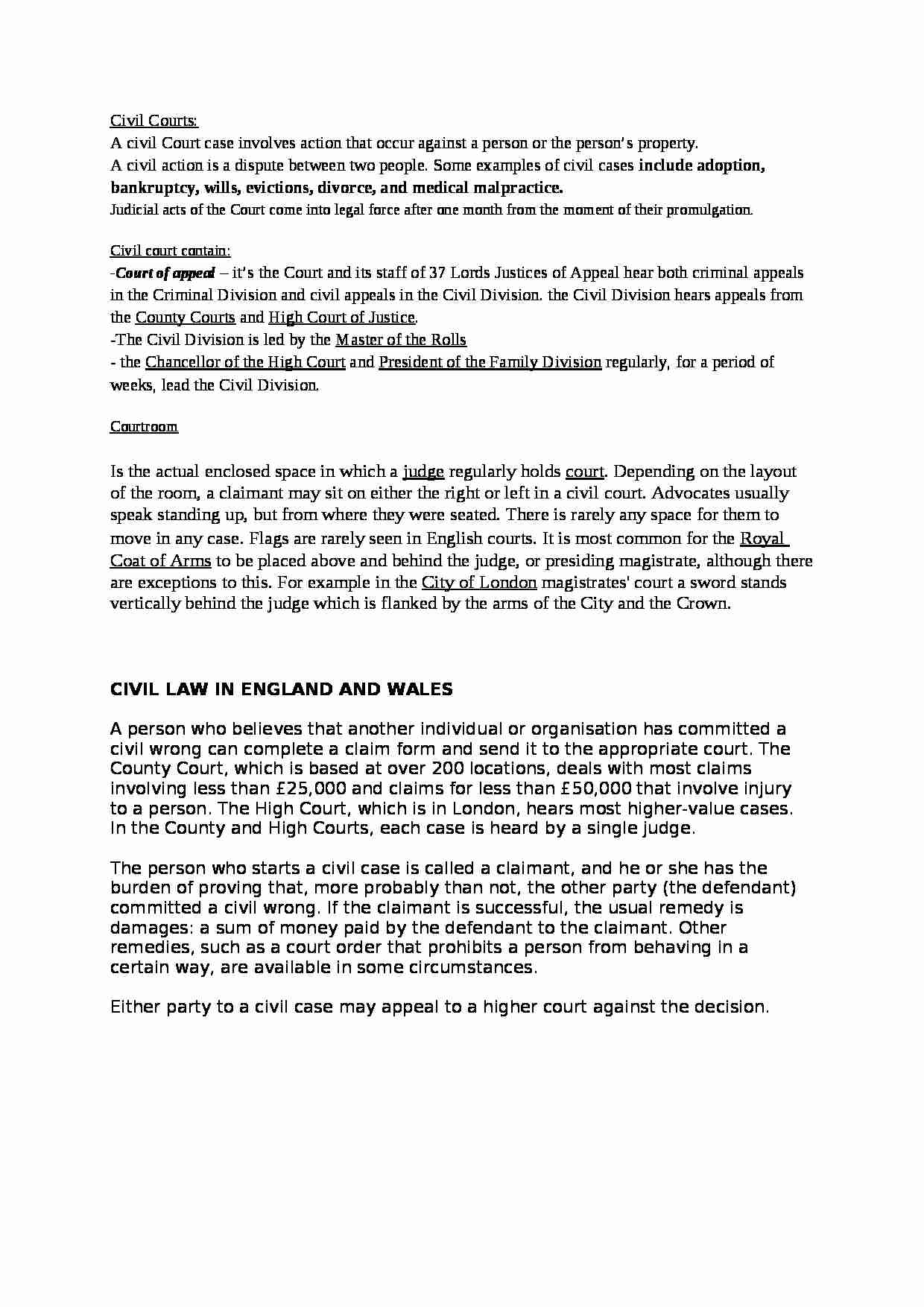 Civil Courts:
A civil Court case involves action that occur against a person or the person's property. A civil action is a dispute between two people. Some examples of civil cases include adoption, bankruptcy, wills, evictions, divorce, and medical malpractice. Judicial acts of the Court come into legal force after one month from the moment of their promulgation.  Civil court contain:
-Court of appeal - it's the Court and its staff of 37 Lords Justices of Appeal hear both criminal appeals in the Criminal Division and civil appeals in the Civil Division. the Civil Division hears appeals from the County Courts and High Court of Justice.
-The Civil Division is led by the Master of the Rolls
- the Chancellor of the High Court and President of the Family Division regularly, for a period of weeks, lead the Civil Division.
Courtroom
Is the actual enclosed space in which a judge regularly holds court. Depending on the layout of the room, a claimant may sit on either the right or left in a civil court. Advocates usually speak standing up, but from where they were seated. There is rarely any space for them to move in any case. Flags are rarely seen in English courts. It is most common for the Royal Coat of Arms to be placed above and behind the judge, or presiding magistrate, although there are exceptions to this. For example in the City of London magistrates' court a sword stands vertically behind the judge which is flanked by the arms of the City and the Crown.
CIVIL LAW IN ENGLAND AND WALES A person who believes that another individual or organisation has committed a civil wrong can complete a claim form and send it to the appropriate court. The County Court, which is based at over 200 locations, deals with most claims involving less than £25,000 and claims for less than £50,000 that involve injury to a person. The High Court, which is in London, hears most higher-value cases. In the County and High Courts, each case is heard by a single judge. The person who starts a civil case is called a claimant, and he or she has the burden of proving that, more probably than not, the other party (the defendant) committed a civil wrong. If the claimant is successful, the usual remedy is damages: a sum of money paid by the defendant to the claimant. Other remedies, such as a court order that prohibits a person from behaving in a certain way, are available in some circumstances. Either party to a civil case may appeal to a higher court against the decision.
... zobacz całą notatkę 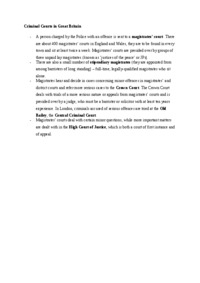