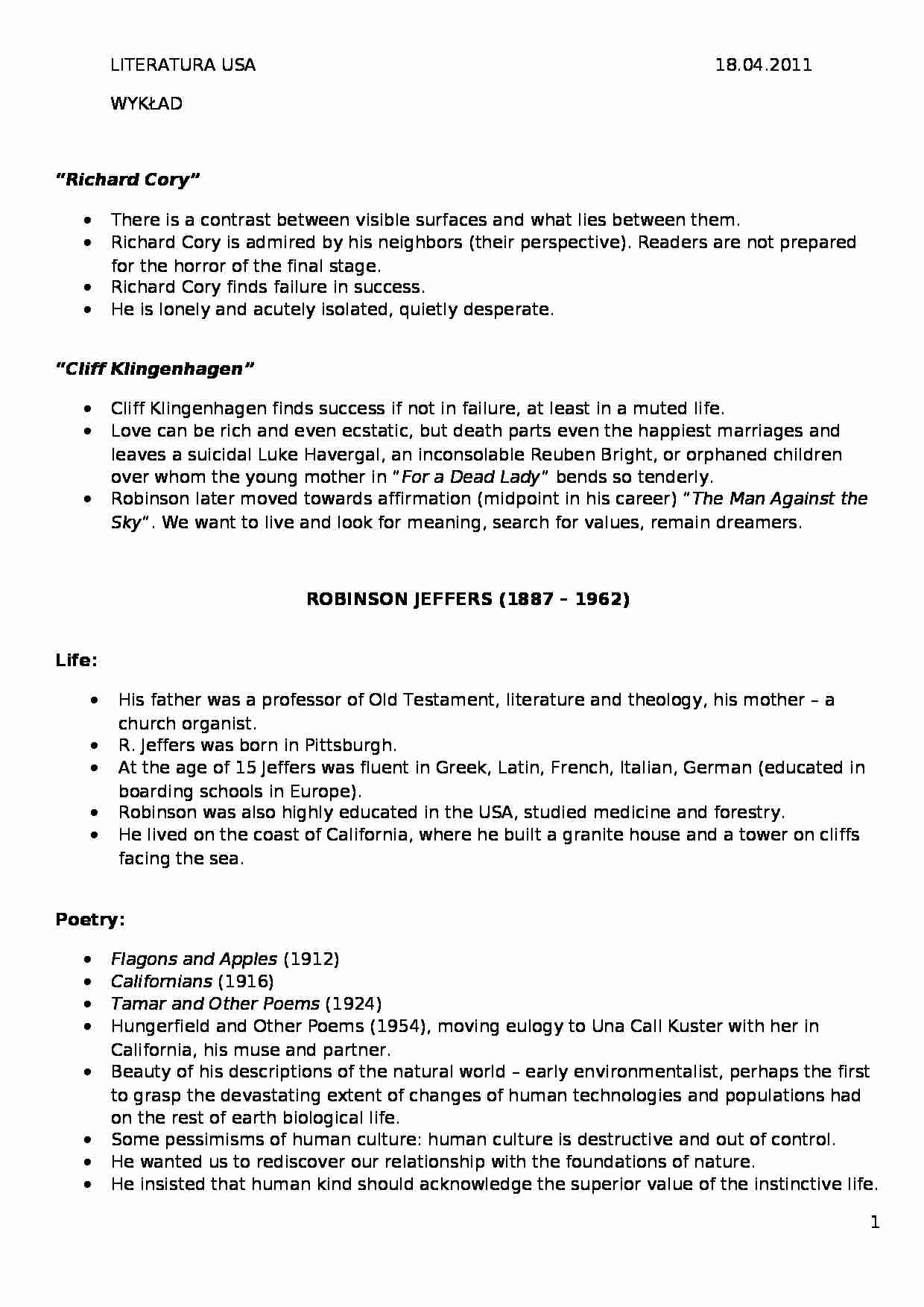 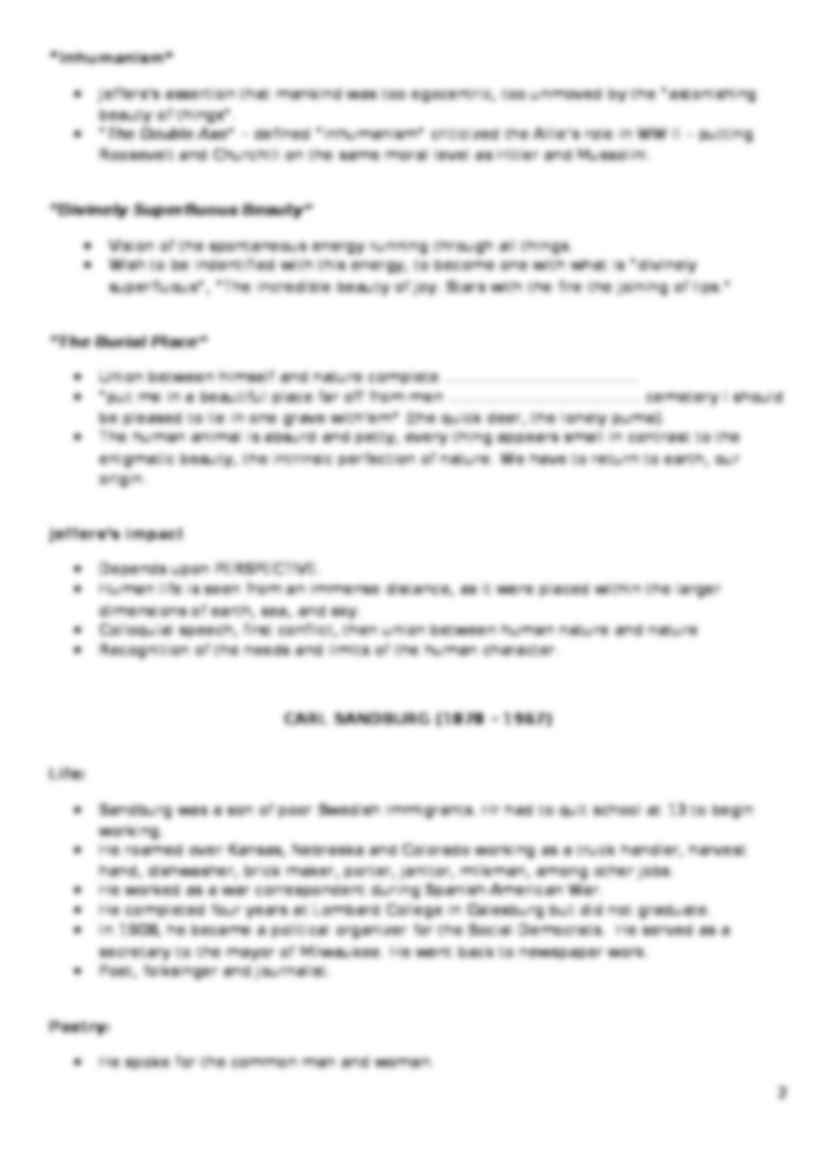 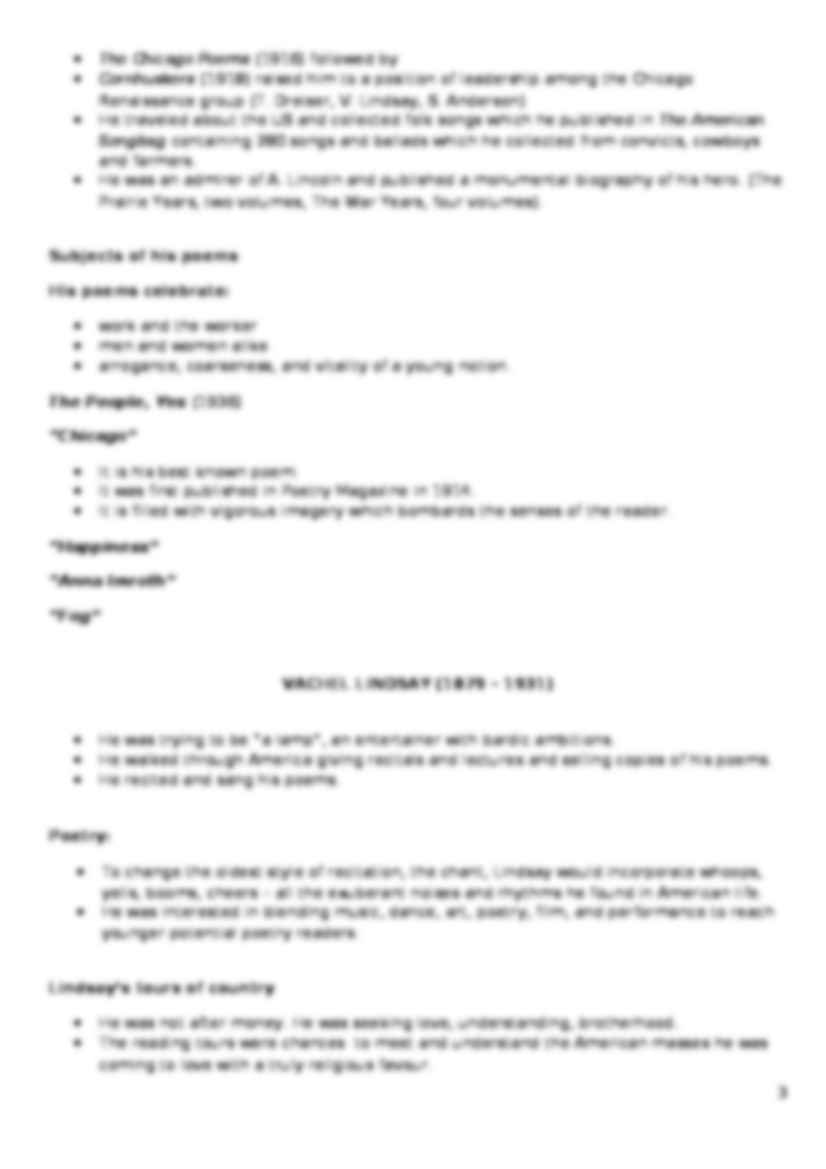 LITERATURA USA 18.04.2011
WYKŁAD “Richard Cory”
There is a contrast between visible surfaces and what lies between them.
Richard Cory is admired by his neighbors (their perspective). Readers are not prepared for the horror of the final stage.
Richard Cory finds failure in success.
He is lonely and acutely isolated, quietly desperate.
“Cliff Klingenhagen”
Cliff Klingenhagen finds success if not in failure, at least in a muted life.
Love can be rich and even ecstatic, but death parts even the happiest marriages and leaves a suicidal Luke Havergal, an inconsolable Reuben Bright, or orphaned children over whom the young mother in “For a Dead Lady” bends so tenderly.
Robinson later moved towards affirmation (midpoint in his career) “The Man Against the Sky”. We want to live and look for meaning, search for values, remain dreamers.
ROBINSON JEFFERS (1887 - 1962) Life:
His father was a professor of Old Testament, literature and theology, his mother - a church organist.
R. Jeffers was born in Pittsburgh.
At the age of 15 Jeffers was fluent in Greek, Latin, French, Italian, German (educated in boarding schools in Europe).
Robinson was also highly educated in the USA, studied medicine and forestry.
He lived on the coast of California, where he built a granite house and a tower on cliffs facing the sea. Poetry:
Flagons and Apples (1912)
Californians (1916)
Tamar and Other Poems (1924)
Hungerfield and Other Poems (1954), moving eulogy to Una Call Kuster with her in California, his muse and partner.
Beauty of his descriptions of the natural world - early environmentalist, perhaps the first to grasp the devastating extent of changes of human technologies and populations had on the rest of earth biological life.
Some pessimisms of human culture: human culture is destructive and out of control.
He wanted us to rediscover our relationship with the foundations of nature. He insisted that human kind should acknowledge the superior value of the instinctive life.
“Inhumanism”
Jeffers's assertion that mankind was too egocentric, too unmoved by the “astonishing beauty of things”.
“The Double Axe” - defined “inhumanism” criticized the Allie's role in WW II - putting Roosevelt and Churchill on the same moral level as Hitler and Mussolini.
“Divinely Superfluous Beauty”
Vision of the spontaneous energy running through all things.
Wish to be indentified with this energy, to become one with what is “divinely superfluous”, “The incredible beauty of joy. Stars with the fire the joining of lips.”

… “divinely superfluous”, “The incredible beauty of joy. Stars with the fire the joining of lips.”
“The Burial Place”
Union between himself and nature complete ………………………………..
“put me in a beautiful place far off from men ……………………………….. cemetery I should be pleased to lie in one grave with'em” (the quick deer, the lonely puma).
The human animal is absurd and petty, every thing appears small in contrast to the…
… giving recitals and lectures and selling copies of his poems.
He recited and sang his poems.
Poetry:
To change the oldest style of recitation, the chant, Lindsay would incorporate whoops, yells, booms, cheers - all the exuberant noises and rhythms he found in American life.
He was interested in blending music, dance, art, poetry, film, and performance to reach younger potential poetry readers.
Lindsay's…
... zobacz całą notatkę 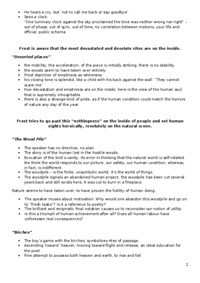 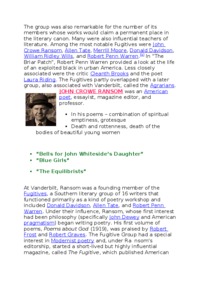 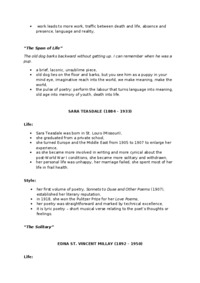