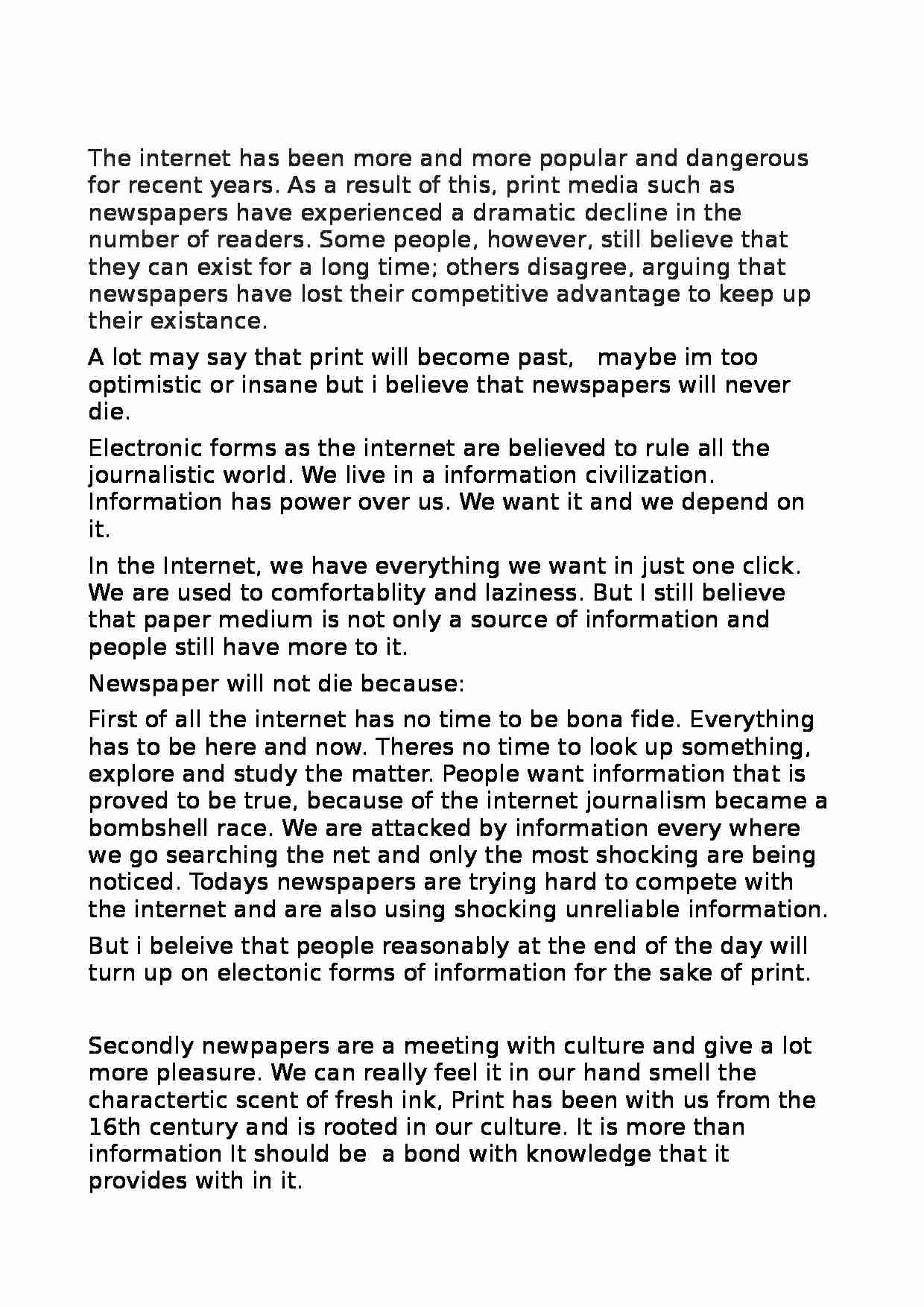 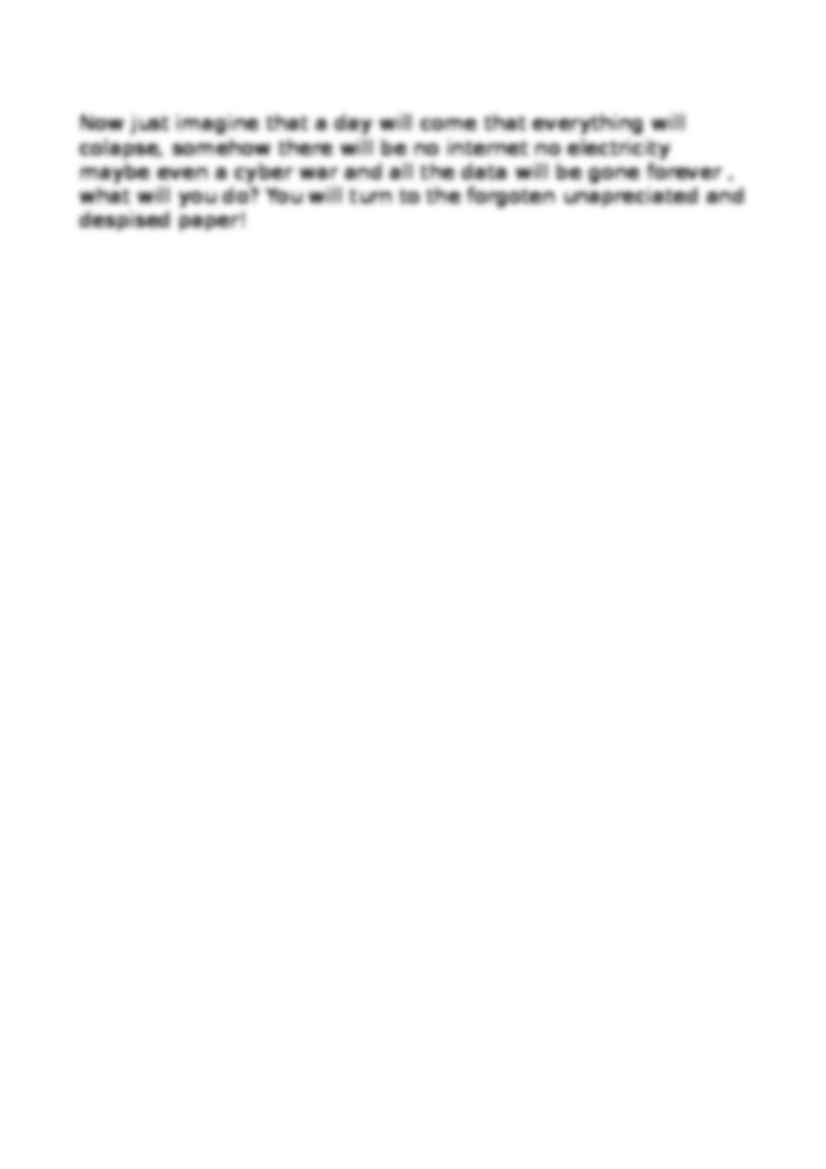 The internet has been more and more popular and dangerous for recent years. As a result of this, print media such as newspapers have experienced a dramatic decline in the number of readers. Some people, however, still believe that they can exist for a long time; others disagree, arguing that newspapers have lost their competitive advantage to keep up their existance. A lot may say that print will become past, maybe im too optimistic or insane but i believe that newspapers will never die. Electronic forms as the internet are believed to rule all the journalistic world. We live in a information civilization. Information has power over us. We want it and we depend on it. In the Internet, we have everything we want in just one click. We are used to comfortablity and laziness. But I still believe that paper medium is not only a source of information and people still have more to it.
Newspaper will not die because:
First of all the internet has no time to be bona fide. Everything has to be here and now. Theres no time to look up something, explore and study the matter. People want information that is proved to be true, because of the internet journalism became a bombshell race. We are attacked by information every where we go searching the net and only the most shocking are being noticed. Todays newspapers are trying hard to compete with the internet and are also using shocking unreliable information.
But i beleive that people reasonably at the end of the day will turn up on electonic forms of information for the sake of print.
Secondly newpapers are a meeting with culture and give a lot more pleasure. We can really feel it in our hand smell the charactertic scent of fresh ink, Print has been with us from the 16th century and is rooted in our culture. It is more than information It should be a bond with knowledge that it provides with in it. Now just imagine that a day will come that everything will colapse, somehow there will be no internet no electricity maybe even a cyber war and all the data will be gone forever , what will you do? You will turn to the forgoten unapreciated and despised paper!
... zobacz całą notatkę 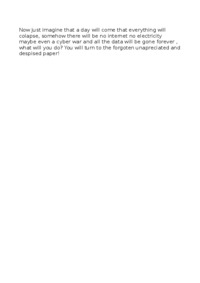 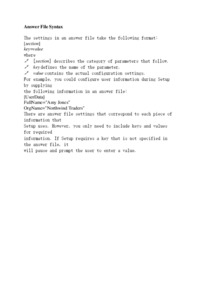 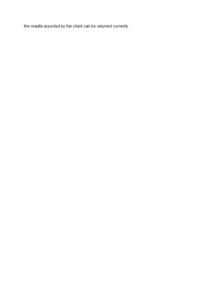