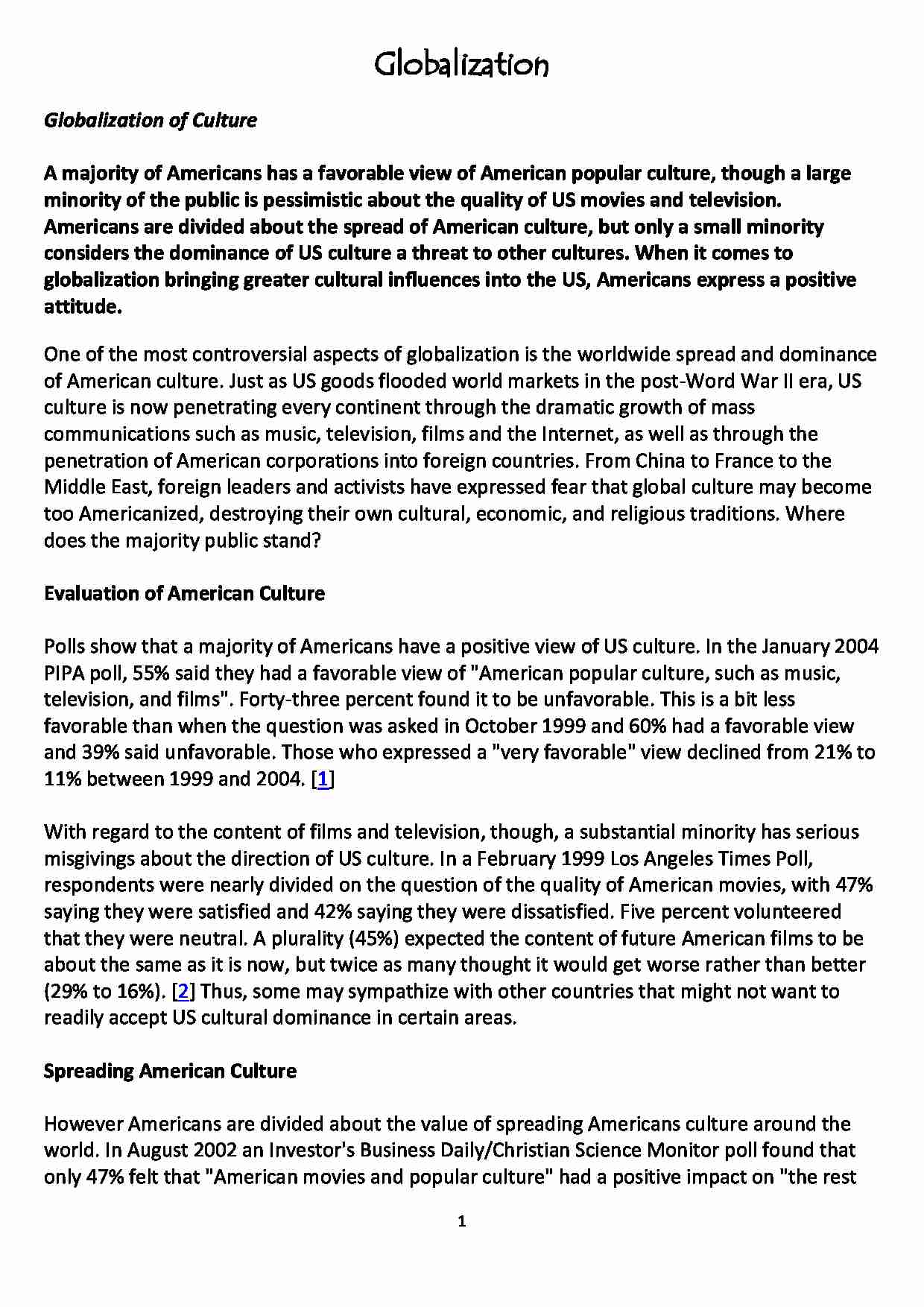 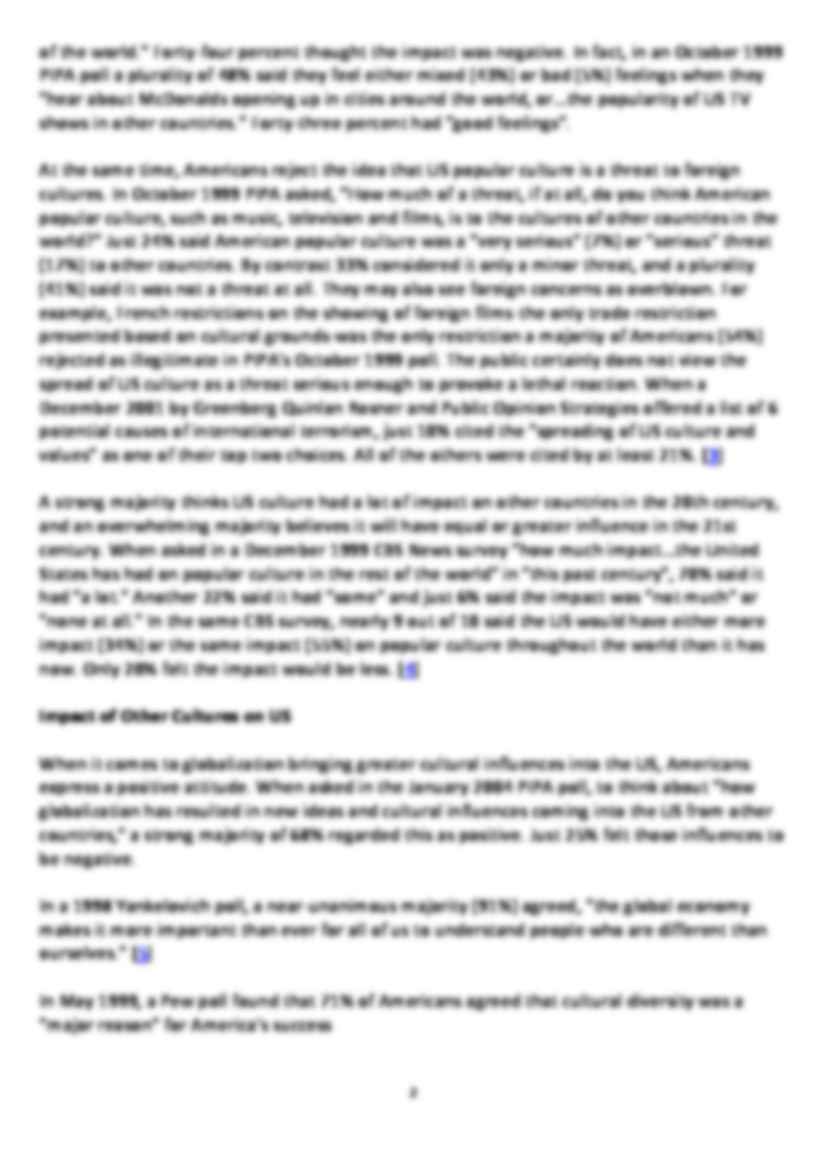 Globalization Globalization of Culture A majority of Americans has a favorable view of American popular culture, though a large minority of the public is pessimistic about the quality of US movies and television. Americans are divided about the spread of American culture, but only a small minority considers the dominance of US culture a threat to other cultures. When it comes to globalization bringing greater cultural influences into the US, Americans express a positive attitude. One of the most controversial aspects of globalization is the worldwide spread and dominance of American culture. Just as US goods flooded world markets in the post-Word War II era, US culture is now penetrating every continent through the dramatic growth of mass communications such as music, television, films and the Internet, as well as through the penetration of American corporations into foreign countries. From China to France to the Middle East, foreign leaders and activists have expressed fear that global culture may become too Americanized, destroying their own cultural, economic, and religious traditions. Where does the majority public stand? Evaluation of American Culture Polls show that a majority of Americans have a positive view of US culture. In the January 2004 PIPA poll, 55% said they had a favorable view of "American popular culture, such as music, television, and films". Forty-three percent found it to be unfavorable. This is a bit less favorable than when the question was asked in October 1999 and 60% had a favorable view and 39% said unfavorable. Those who expressed a "very favorable" view declined from 21% to 11% between 1999 and 2004. [1] With regard to the content of films and television, though, a substantial minority has serious misgivings about the direction of US culture. In a February 1999 Los Angeles Times Poll, respondents were nearly divided on the question of the quality of American movies, with 47% saying they were satisfied and 42% saying they were dissatisfied. Five percent volunteered that they were neutral. A plurality (45%) expected the content of future American films to be about the same as it is now, but twice as many thought it would get worse rather than better (29% to 16%). [2] Thus, some may sympathize with other countries that might not want to readily accept US cultural dominance in certain areas. Spreading American Culture However Americans are divided about the value of spreading Americans culture around the world. In August 2002 an Investor's Business Daily/Christian Science Monitor poll found that only 47% felt that "American movies and popular culture" had a positive impact on "the rest of the world." Forty-four percent thought the impact was negative. In fact, in an October 1999 PIPA poll a plurality of 48% said they feel either mixed (43%) or bad (5%) feelings when they "hear about McDonalds opening up in cities around the world, or…the popularity of US TV shows in other countries." Forty-three percent had "good feelings".

… restriction presented based on cultural grounds-was the only restriction a majority of Americans (54%) rejected as illegitimate in PIPA's October 1999 poll. The public certainly does not view the spread of US culture as a threat serious enough to provoke a lethal reaction. When a December 2001 by Greenberg Quinlan Rosner and Public Opinion Strategies offered a list of 6 potential causes of international…
... zobacz całą notatkę 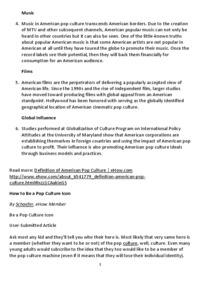 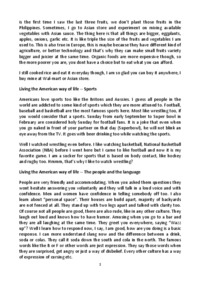 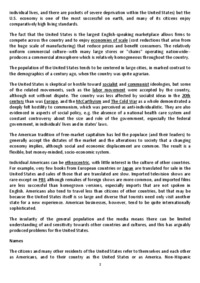