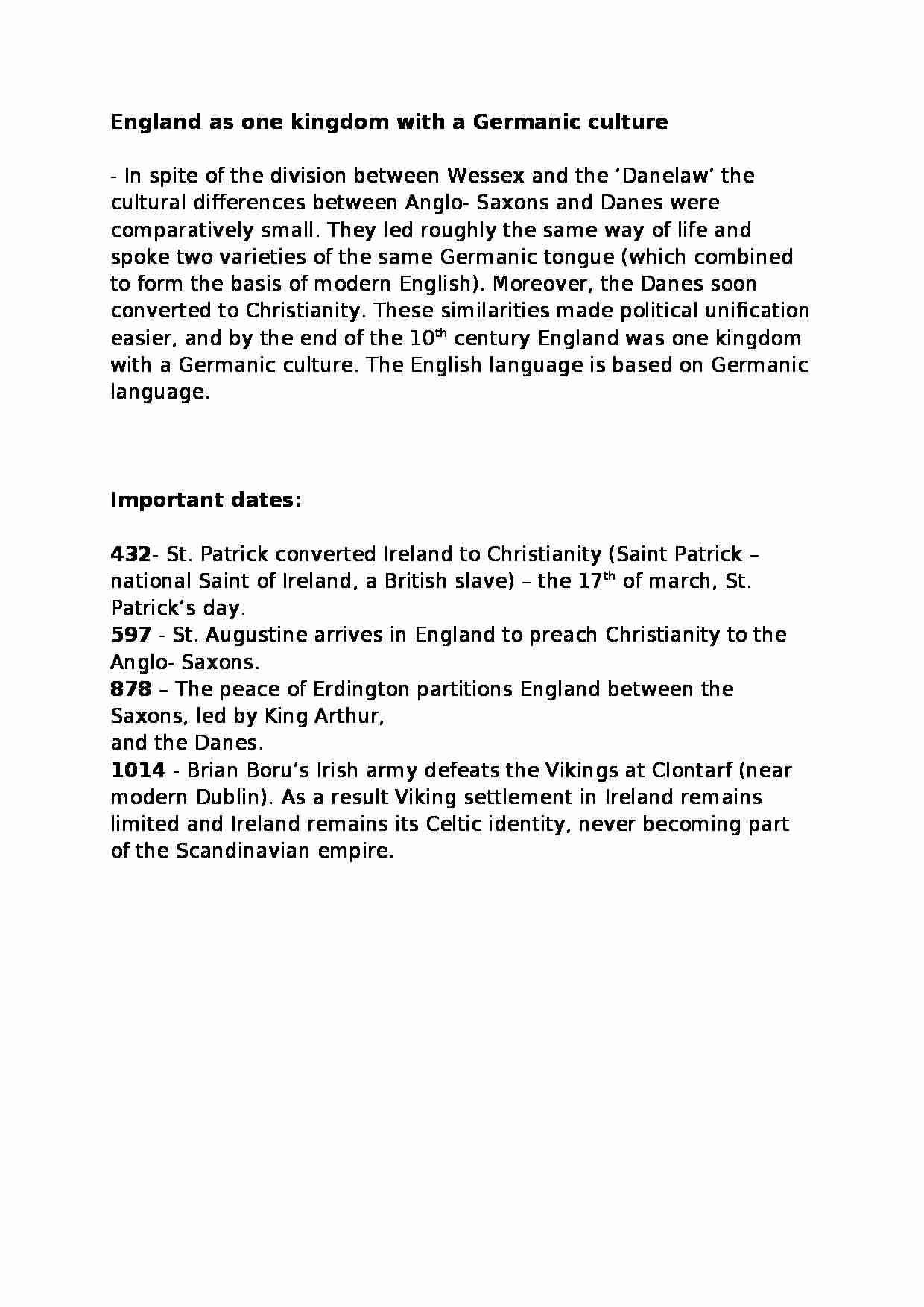 England as one kingdom with a Germanic culture - In spite of the division between Wessex and the `Danelaw' the cultural differences between Anglo- Saxons and Danes were comparatively small. They led roughly the same way of life and spoke two varieties of the same Germanic tongue (which combined to form the basis of modern English). Moreover, the Danes soon converted to Christianity. These similarities made political unification easier, and by the end of the 10th century England was one kingdom with a Germanic culture. The English language is based on Germanic language. Important dates: 432- St. Patrick converted Ireland to Christianity (Saint Patrick - national Saint of Ireland, a British slave) - the 17th of march, St. Patrick's day. 597 - St. Augustine arrives in England to preach Christianity to the Anglo- Saxons. 878 - The peace of Erdington partitions England between the Saxons, led by King Arthur, and the Danes. 1014 - Brian Boru's Irish army defeats the Vikings at Clontarf (near modern Dublin). As a result Viking settlement in Ireland remains limited and Ireland remains its Celtic identity, never becoming part of the Scandinavian empire. ... zobacz całą notatkę

The Christianization of England 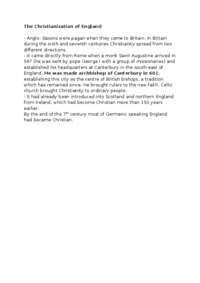 The second wave of Germanic invasions in Great Britain 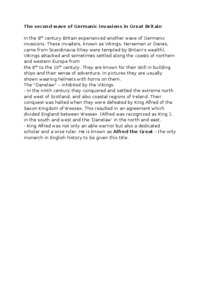 The Beginnings of English language 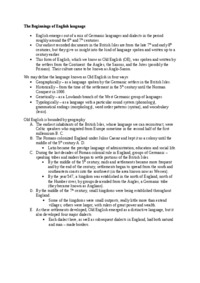