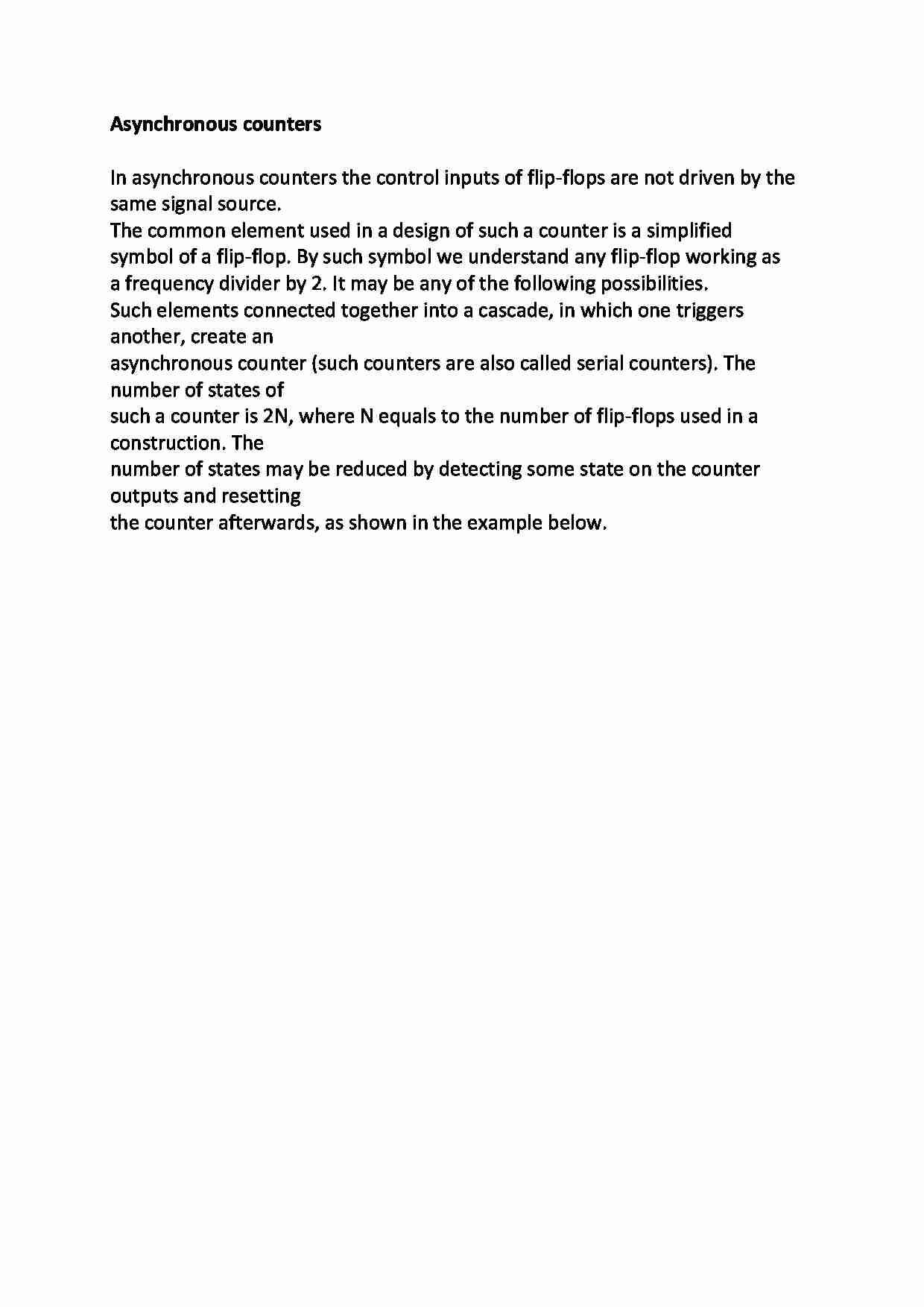 Asynchronous counters In asynchronous counters the control inputs of flip-flops are not driven by the same signal source.
The common element used in a design of such a counter is a simplified
symbol of a flip-flop. By such symbol we understand any flip-flop working as
a frequency divider by 2. It may be any of the following possibilities.
Such elements connected together into a cascade, in which one triggers another, create an
asynchronous counter (such counters are also called serial counters). The number of states of
such a counter is 2N, where N equals to the number of flip-flops used in a construction. The
number of states may be reduced by detecting some state on the counter outputs and resetting
the counter afterwards, as shown in the example below.
... zobacz całą notatkę 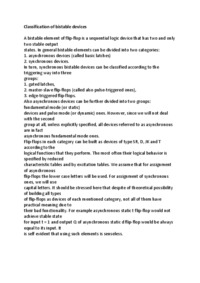 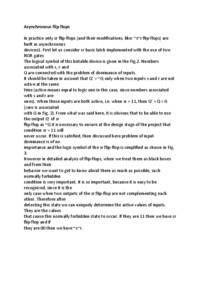 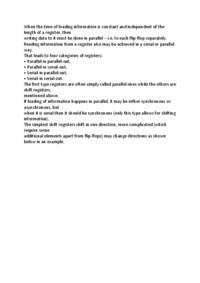