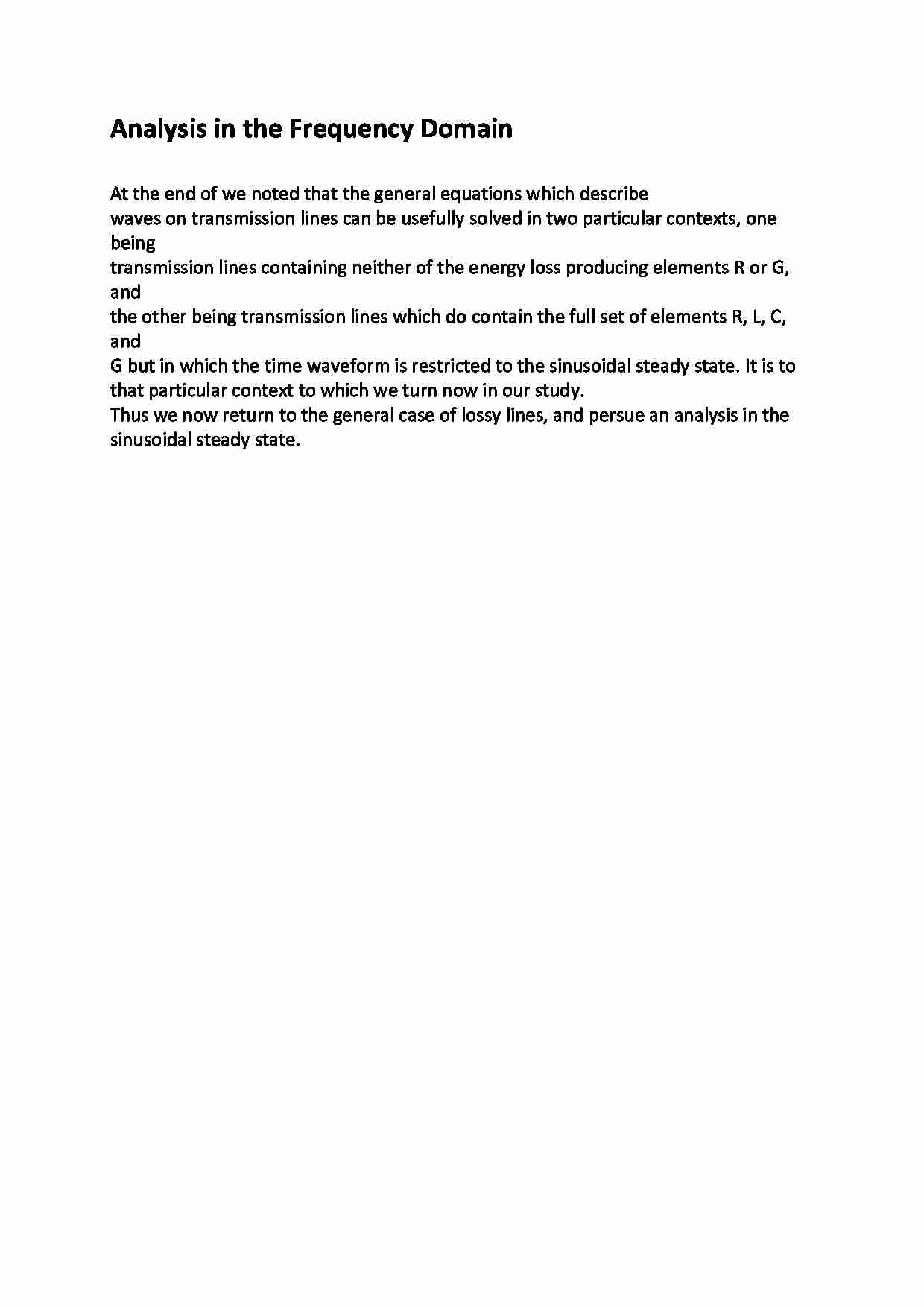 Analysis in the Frequency Domain At the end of we noted that the general equations which describe
waves on transmission lines can be usefully solved in two particular contexts, one being
transmission lines containing neither of the energy loss producing elements R or G, and
the other being transmission lines which do contain the full set of elements R, L, C, and
G but in which the time waveform is restricted to the sinusoidal steady state. It is to
that particular context to which we turn now in our study.
Thus we now return to the general case of lossy lines, and persue an analysis in the sinusoidal steady state.
... zobacz całą notatkę 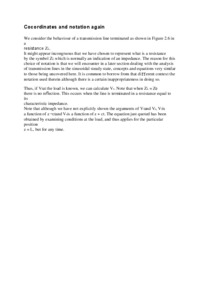 Relation of voltage to current - wykład 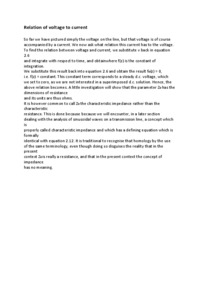 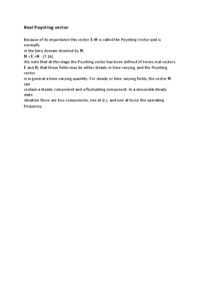