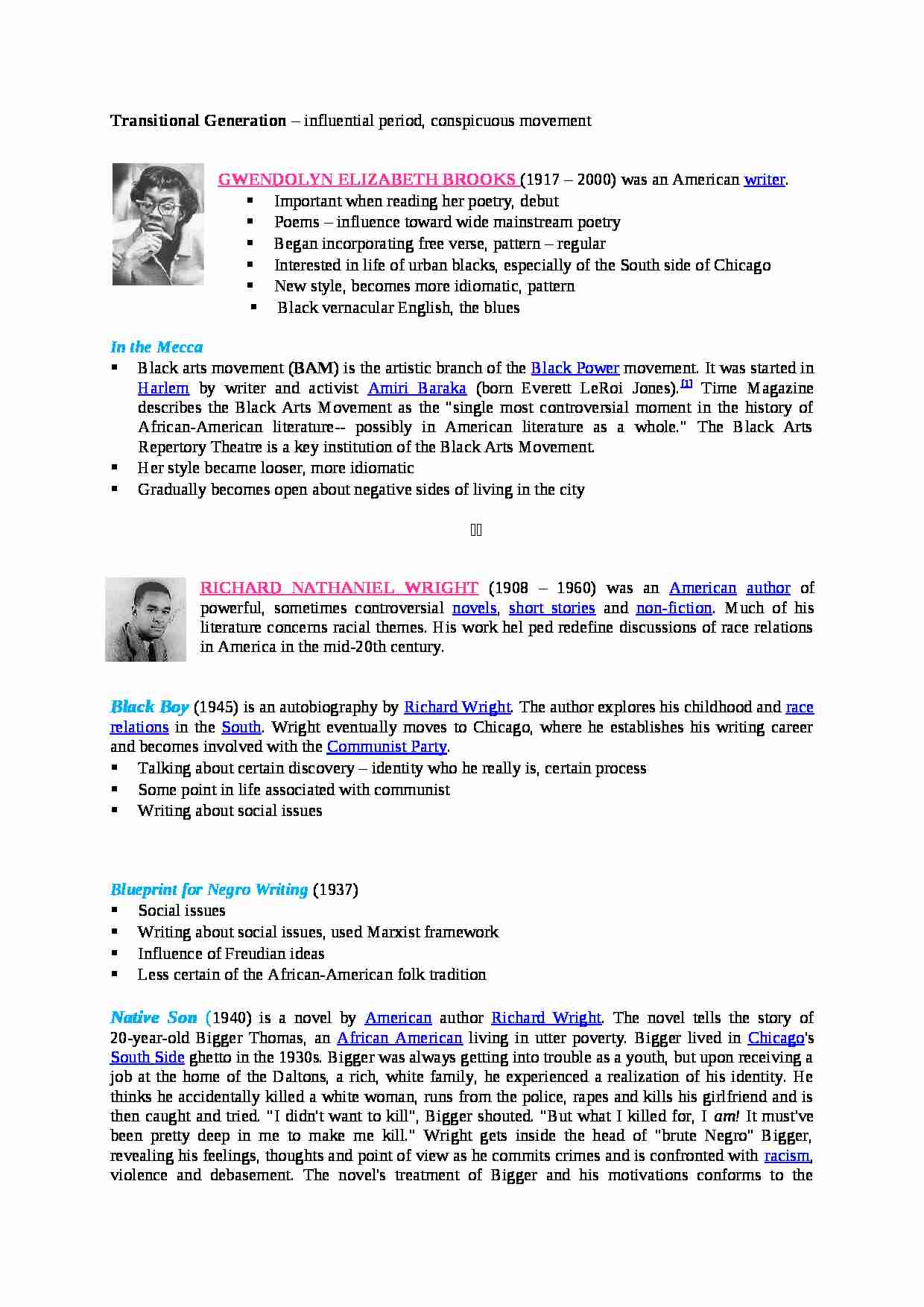 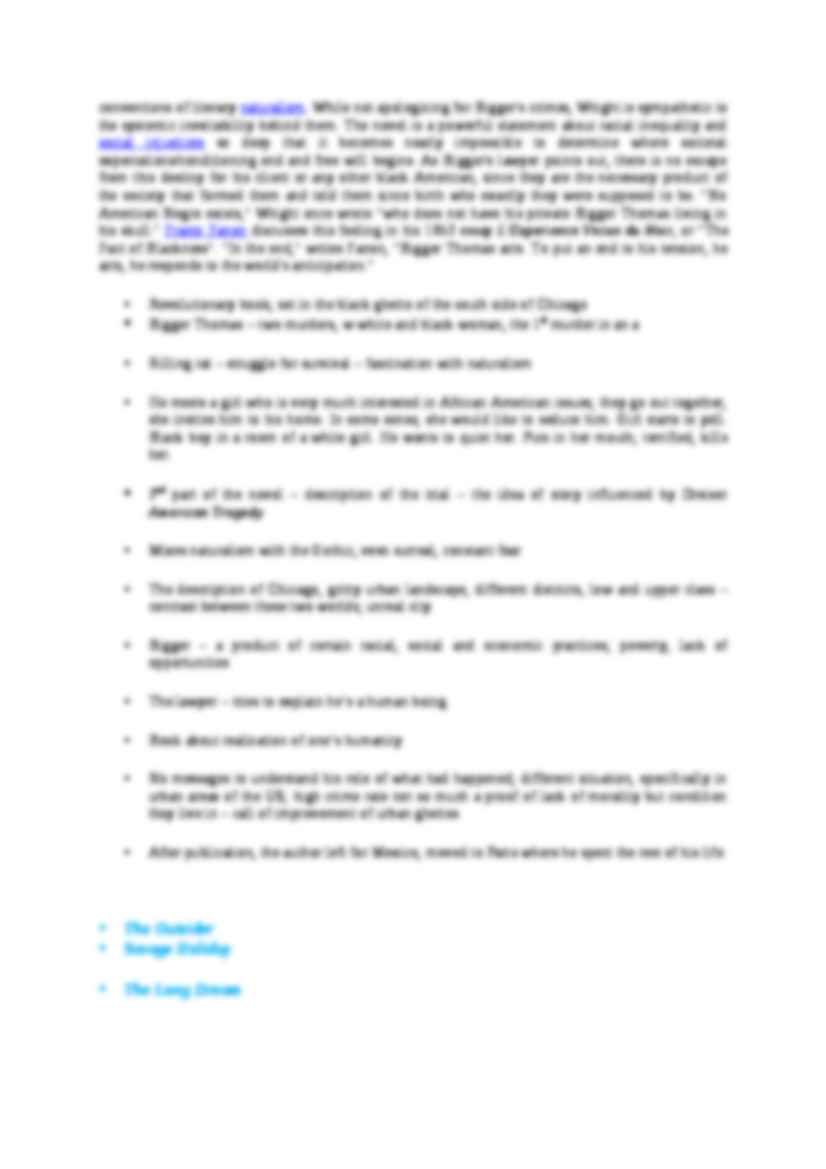 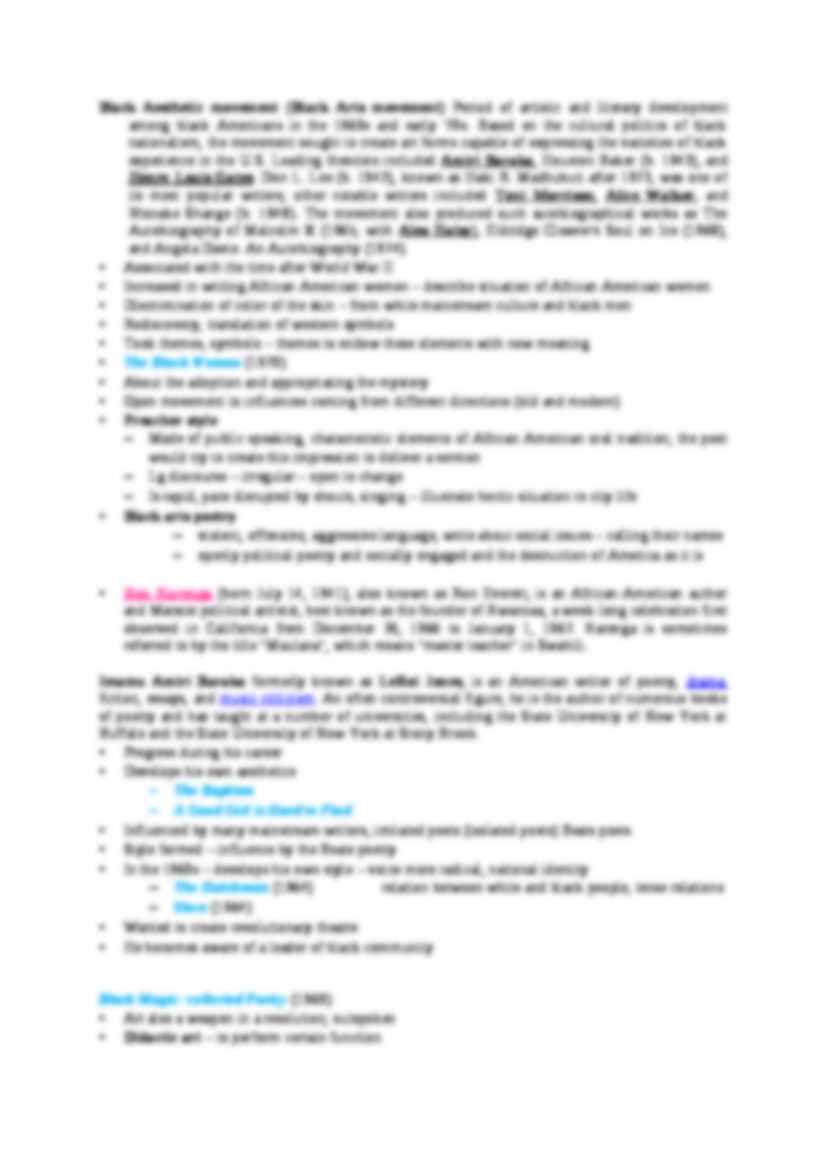 Transitional Generation - influential period, conspicuous movement
GWENDOLYN ELIZABETH BROOKS (1917 - 2000) was an American writer.
Important when reading her poetry, debut
Poems - influence toward wide mainstream poetry
Began incorporating free verse, pattern - regular
Interested in life of urban blacks, especially of the South side of Chicago
New style, becomes more idiomatic, pattern
Black vernacular English, the blues
In the Mecca
Black arts movement (BAM) is the artistic branch of the Black Power movement. It was started in Harlem by writer and activist Amiri Baraka (born Everett LeRoi Jones).[1] Time Magazine describes the Black Arts Movement as the "single most controversial moment in the history of African-American literature-- possibly in American literature as a whole." The Black Arts Repertory Theatre is a key institution of the Black Arts Movement.
Her style became looser, more idiomatic
Gradually becomes open about negative sides of living in the city
Richard Nathaniel Wright (1908 - 1960) was an American author of powerful, sometimes controversial novels, short stories and non-fiction. Much of his literature concerns racial themes. His work hel ped redefine discussions of race relations in America in the mid-20th century.
Black Boy (1945) is an autobiography by Richard Wright. The author explores his childhood and race relations in the South. Wright eventually moves to Chicago, where he establishes his writing career and becomes involved with the Communist Party.
Talking about certain discovery - identity who he really is, certain process
Some point in life associated with communist
Writing about social issues
Blueprint for Negro Writing (1937)
Social issues
Writing about social issues, used Marxist framework
Influence of Freudian ideas
Less certain of the African-American folk tradition
Native Son (1940) is a novel by American author Richard Wright. The novel tells the story of 20-year-old Bigger Thomas, an African American living in utter poverty. Bigger lived in Chicago's South Side ghetto in the 1930s. Bigger was always getting into trouble as a youth, but upon receiving a job at the home of the Daltons, a rich, white family, he experienced a realization of his identity. He thinks he accidentally killed a white woman, runs from the police, rapes and kills his girlfriend and is then caught and tried. "I didn't want to kill", Bigger shouted. "But what I killed for, I am! It must've been pretty deep in me to make me kill." Wright gets inside the head of "brute Negro" Bigger, revealing his feelings, thoughts and point of view as he commits crimes and is confronted with

… nationalism, the movement sought to create art forms capable of expressing the varieties of black experience in the U.S. Leading theorists included Amiri Baraka, Houston Baker (b. 1943), and Henry Louis Gates. Don L. Lee (b. 1942), known as Haki R. Madhubuti after 1973, was one of its most popular writers; other notable writers included Toni Morrison, Alice Walker, and Ntozake Shange (b. 1948). The movement…
…; the end of white population
Strong sense of mission - sees himself as a leader Black art poem: a clear call for violence; on the ruins of American culture - the new nation will develop; very idealistic; American dream translated into African American language
Paradox in what he's saying 1965 - The Black Arts Repertory Theatre School - a place where you learn
The style - violent, anger; element of…
... zobacz całą notatkę 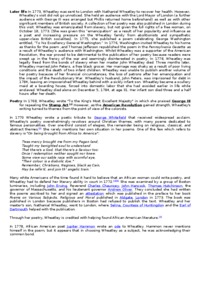 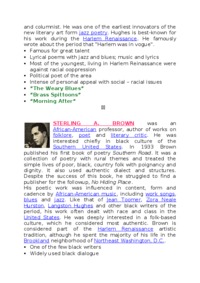 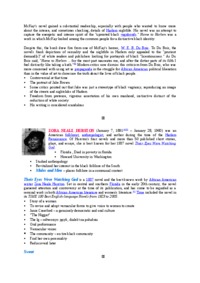