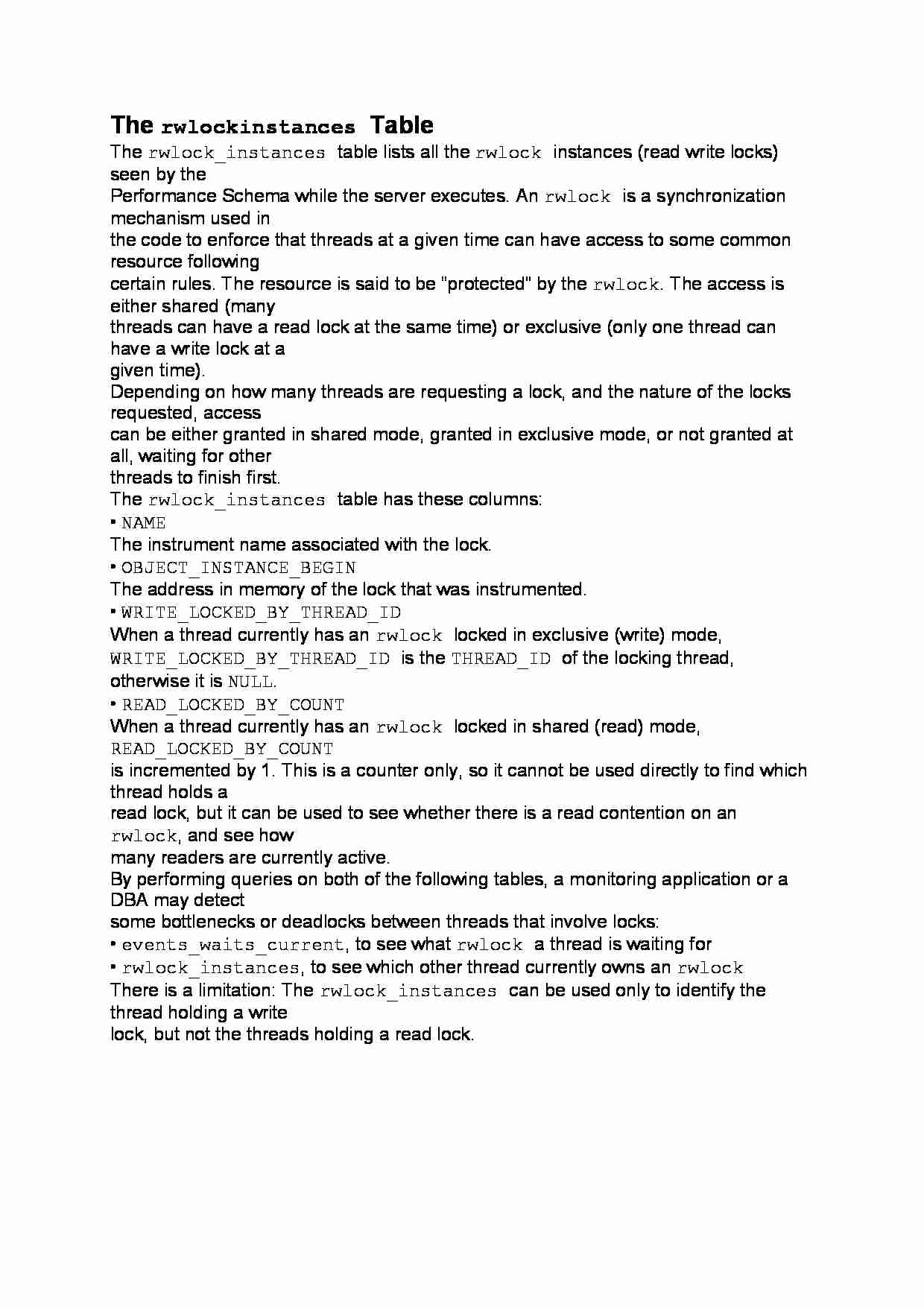 The rwlock instances Table
The rwlock_instances table lists all the rwlock instances (read write locks) seen by the
Performance Schema while the server executes. An rwlock is a synchronization mechanism used in
the code to enforce that threads at a given time can have access to some common resource following
certain rules. The resource is said to be “protected” by the rwlock. The access is either shared (many
threads can have a read lock at the same time) or exclusive (only one thread can have a write lock at a
given time).
Depending on how many threads are requesting a lock, and the nature of the locks requested, access
can be either granted in shared mode, granted in exclusive mode, or not granted at all, waiting for other
threads to finish first.
The rwlock_instances table has these columns:
• NAME
The instrument name associated with the lock.
• OBJECT_INSTANCE_BEGIN
The address in memory of the lock that was instrumented.
• WRITE_LOCKED_BY_THREAD_ID
When a thread currently has an rwlock locked in exclusive (write) mode,
WRITE_LOCKED_BY_THREAD_ID is the THREAD_ID of the locking thread, otherwise it is NULL.
• READ_LOCKED_BY_COUNT
When a thread currently has an rwlock locked in shared (read) mode, READ_LOCKED_BY_COUNT
is incremented by 1. This is a counter only, so it cannot be used directly to find which thread holds a
read lock, but it can be used to see whether there is a read contention on an rwlock, and see how
many readers are currently active.
By performing queries on both of the following tables, a monitoring application or a DBA may detect
some bottlenecks or deadlocks between threads that involve locks:
• events_waits_current, to see what rwlock a thread is waiting for
• rwlock_instances, to see which other thread currently owns an rwlock
There is a limitation: The rwlock_instances can be used only to identify the thread holding a write
lock, but not the threads holding a read lock.
... zobacz całą notatkę 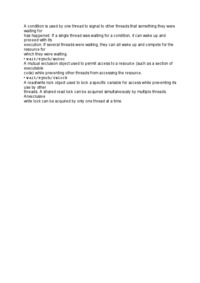 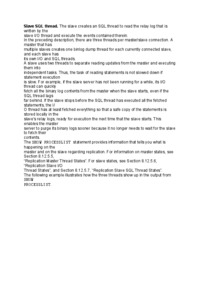 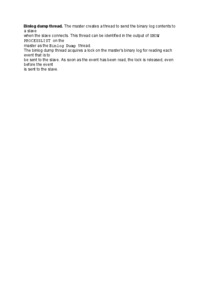