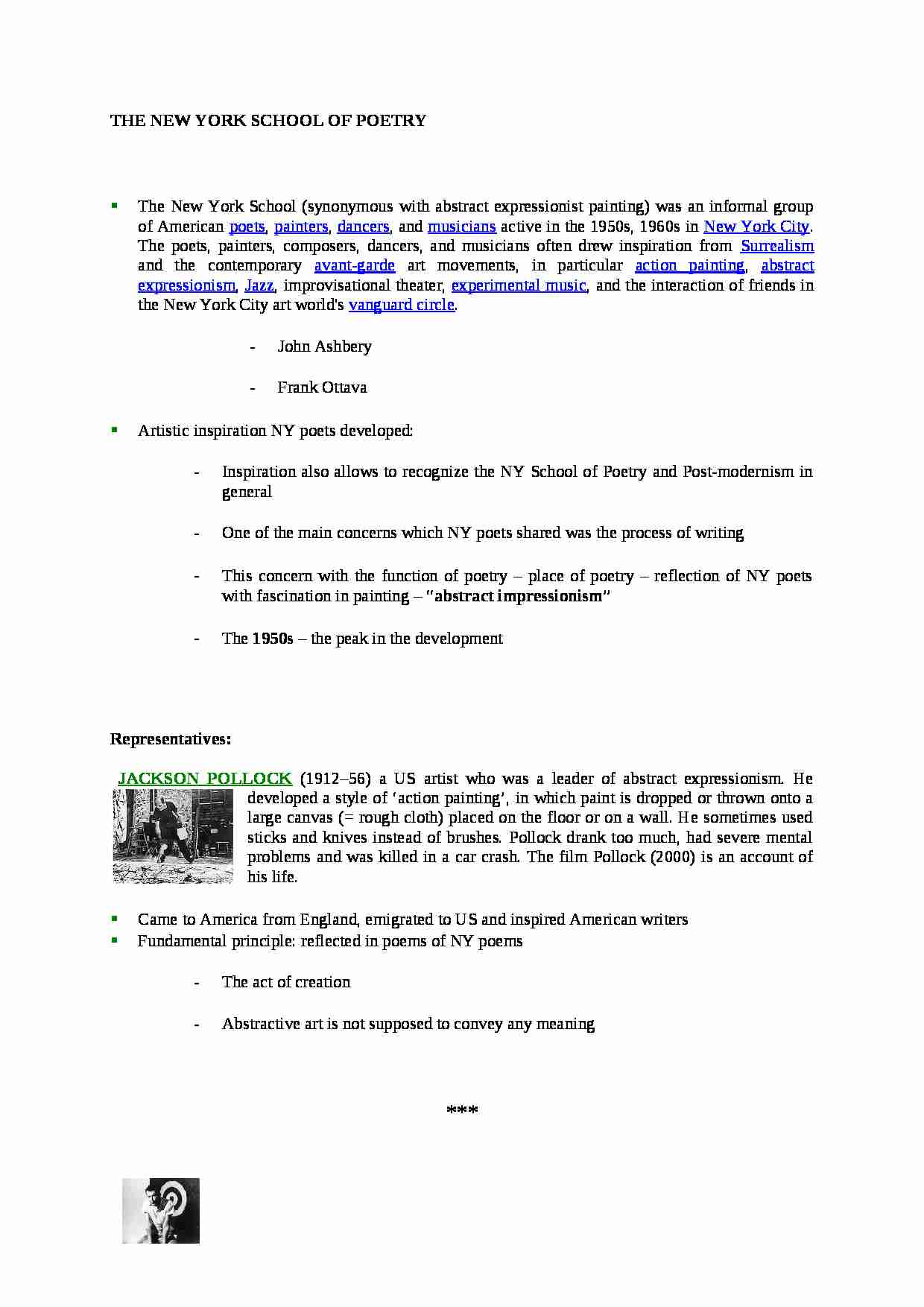 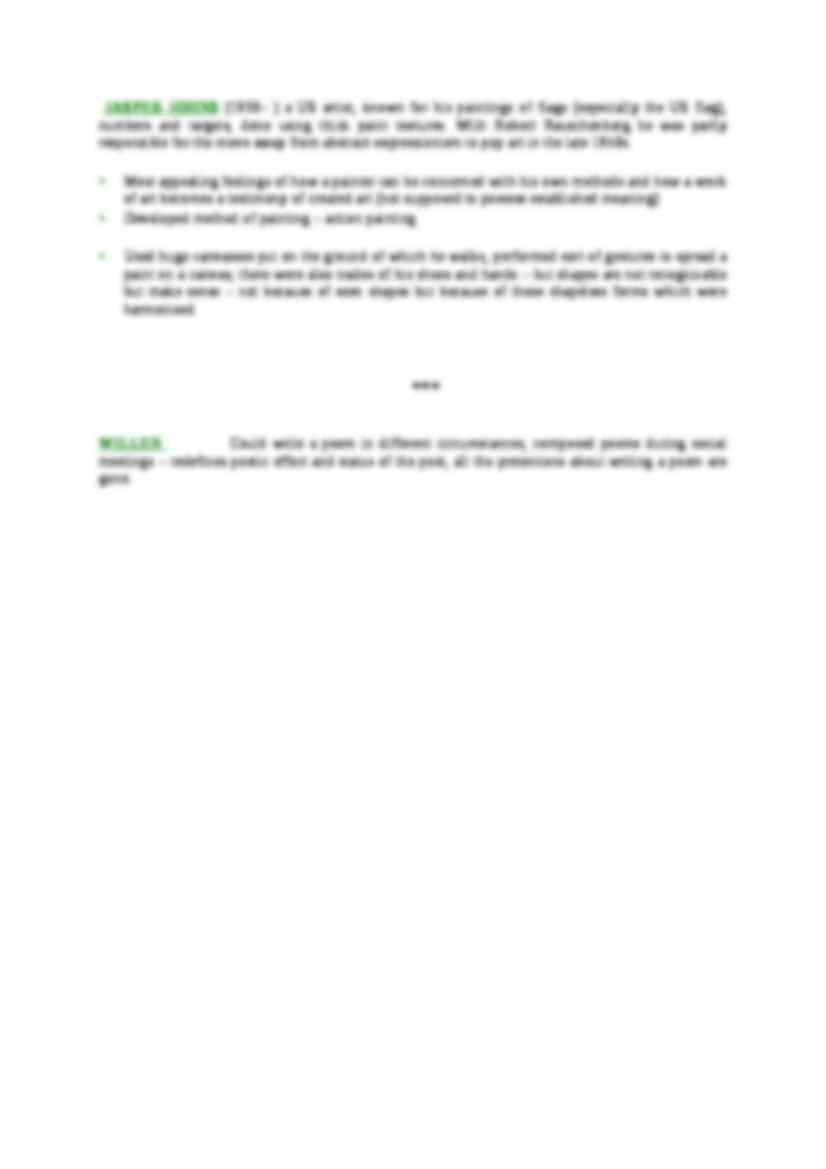 The New York School of Poetry
The New York School (synonymous with abstract expressionist painting) was an informal group of American poets, painters, dancers, and musicians active in the 1950s, 1960s in New York City. The poets, painters, composers, dancers, and musicians often drew inspiration from Surrealism and the contemporary avant-garde art movements, in particular action painting, abstract expressionism, Jazz, improvisational theater, experimental music, and the interaction of friends in the New York City art world's vanguard circle.
John Ashbery
Frank Ottava
Artistic inspiration NY poets developed:
Inspiration also allows to recognize the NY School of Poetry and Post-modernism in general
One of the main concerns which NY poets shared was the process of writing
This concern with the function of poetry - place of poetry - reflection of NY poets with fascination in painting - “abstract impressionism”
The 1950s - the peak in the development
Representatives:
Jackson Pollock (1912-56) a US artist who was a leader of abstract expressionism. He developed a style of `action painting', in which paint is dropped or thrown onto a large canvas (= rough cloth) placed on the floor or on a wall. He sometimes used sticks and knives instead of brushes. Pollock drank too much, had severe mental problems and was killed in a car crash. The film Pollock (2000) is an account of his life.
Came to America from England, emigrated to US and inspired American writers
Fundamental principle: reflected in poems of NY poems
The act of creation
Abstractive art is not supposed to convey any meaning
***
Jasper Johns (1930- ) a US artist, known for his paintings of flags (especially the US flag), numbers and targets, done using thick paint textures. With Robert Rauschenberg he was partly responsible for the move away from abstract expressionism to pop art in the late 1950s.
Most appealing feelings of how a painter can be concerned with his own methods and how a work of art becomes a testimony of created art (not supposed to possess established meaning)
Developed method of painting - action painting
Used huge canvasses put on the ground of which he walks, performed sort of gestures to spread a paint on a canvas; there were also trades of his shoes and hands - but shapes are not recognizable but make sense - not because of seen shapes but because of those shapeless forms which were harmonised
***
Willen Could write a poem in different circumstances, composed poems during social meetings - redefines poetic effort and status of the poet, all the pretentions about writing a poem are gone.
... zobacz całą notatkę 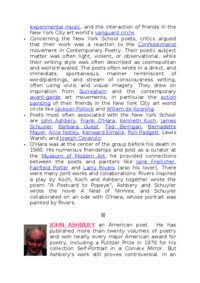 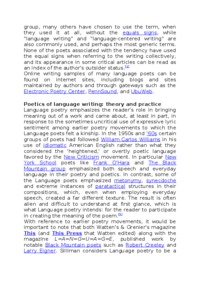 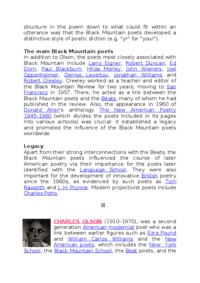